What it means to witness: Honoring our United Methodist vow

Members of The Gathering United Methodist Church in St. Louis are spending a lot of time back in school these days. Each weekday, you'll find church members at Peabody or Washington elementary schools reading to kids and providing support to school staff and families.

Their efforts are part of The Literacy Project, an outreach ministry at The Gathering that is committed to improving the literacy rate in St. Louis Public Schools. 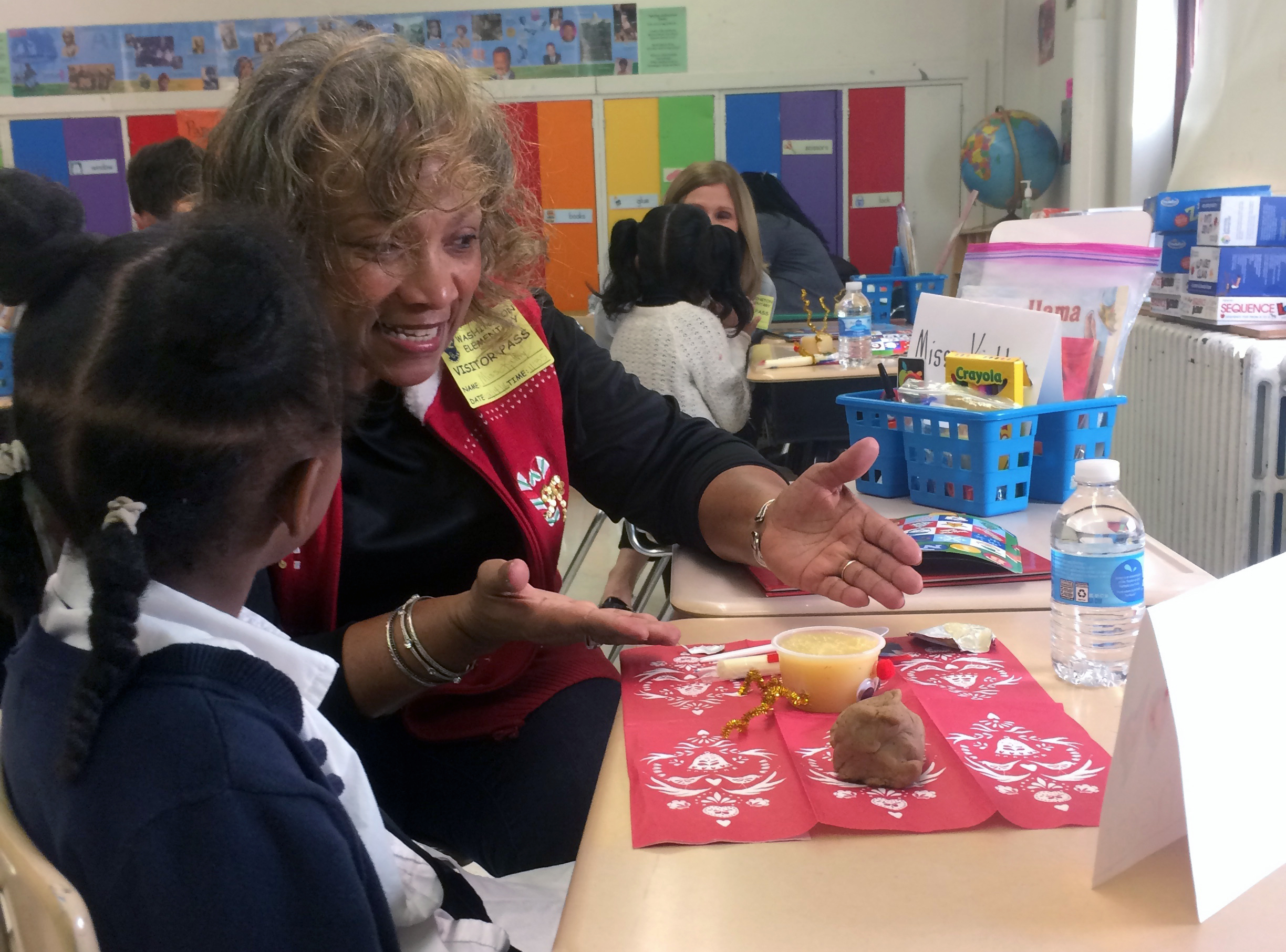 The Literacy Project is an outreach ministry at The Gathering that is committed to improving the literacy rate in St. Louis Public Schools. Photo courtesy of The Gathering.

"Our witness is being present in some of the lowest performing schools in our state — places that the public have largely overlooked or forgotten," said Sabra Engelbrecht, executive director of ministries at The Gathering, a multisite congregation with more than 700 members and 1,200 in weekly worship.

Identifying the needs in a community and taking action is what witness is all about, said the Rev. Mark W. Stamm, author of "Our Membership Vows," a Discipleship Ministries resource. United Methodist congregations are doing that every day, whether it's providing sanctuary for immigrants, offering after-school care for at-risk kids, helping the homeless or standing up for the marginalized.

When new members join The United Methodist Church, they profess the vows of the Baptismal Covenant. They vow to renounce evil and to be loyal to Christ through the global United Methodist Church. They also promise to be active participants in a local congregation, pledging "to faithfully participate in its ministries by their prayers, their presence, their gifts, their service and their witness."

The word "witness" was added by the 2008 United Methodist General Conference to highlight the mission and evangelistic responsibilities of church membership. It also reminds United Methodists to live out their vows publicly. Churches need to discern locally how they are going to do that in a specific way and a specific place, said Stamm, who is professor of Christian worship at Perkins School of Theology at Southern Methodist University in Dallas.

"We commit at baptism to resist evil and repent of our sin. We commit to resist injustice and oppression and work against them. So, the question is: 'Where is the injustice in the place that we live? What does it look like here? Do we have the courage to name it where we're living. And if we name it, then, what would resisting it look like?'"

For Barnes United Methodist Church in Indianapolis, that injustice is youth violence.

In the late '90s, Barnes' neighborhood was among those leading the city in homicides, said the Rev. Charles Harrison, the church's senior pastor. He said the violence was affecting the church. "It was creating fear. People were afraid to come into the neighborhood because of the high level of violence, gangs and drug dealers, so we were trying to respond to that," he said.

Indianapolis Ten Point Coalition, a faith-based nonprofit aimed at helping reduce violence and homicides in the surrounding neighborhoods, was born out of their efforts.

For nearly two decades now, members of Barnes UMC and other volunteers have been walking the streets engaging at-risk youth during Ten Point's weekly faith walks. Many of the church members are ex-offenders themselves, former drug dealers and gang members, said Harrison, who is president of the coalition.

"They go out in the evening time into the areas where we're experiencing the highest levels of violence and their role is to look for those individuals who are drug trafficking, who may be involved in robberies or gang activity. And what they're doing is their sharing their story with the young people of the mistakes that they made in their life that led many of them to prison. … They talk about the role that God has played in their life in helping them to turn their life around and get on the right path," Harrison said.

"We see ourselves as the light of Christ in the midst of these communities that are experiencing a lot of violence, poverty, lack of quality education opportunities, broken families, and our very presence there says to people that we care."

That's witness when you do things like that and do them publicly, Stamm said.

"You discern as a congregation that this is the particular way that God is asking us to be faithful to our baptismal vows in this place," he said.

"If we can be relieved of thinking we have to somehow become particularly articulate theologically to witness, if we can get past that … We're not asking people to be amateur preachers and teachers … we are asking them to live consistently with the gospel," Stamm said.

Leading a Christian life by example is a form of witness, whether it's acting with integrity in the workplace, showing compassion to neighbors, or helping others embody the love of Christ through advocacy and outreach.

New United Methodist Jill Schmalz, who became a member of The Gathering UMC last fall, is actively living out her faith through volunteering, small group ministries and Christian education classes. She said there are easy ways to witness in day-to-day life.

"Sometimes, it can be as simple as including church attendance when discussing your weekend plans. … People are curious, and most of us have experienced that longing for a greater purpose or understanding in life. When you make yourself approachable and are willing to listen, people will ask about faith. … I am glad to share my story with others," she said.

Stamm said it begins with people believing they can make a difference.

This feature was originally published October 30, 2017.

Julie Dwyer is a writer and editor for United Methodist Communications. Reach her at [email protected].