A promise to pray: Honoring our United Methodist vow

Mary Meyer carried index cards with her wherever she went.

On each was a list of names of people she needed to pray for or other concerns. She would jot down new names and prayer requests as they came to her, and then she'd tuck the cards into her Bible, her purse or even the cushions of her favorite chair.

If she had a free minute, she was praying.

"I think it's honest to say she was never bored because of her prayer life," said her grandson, Gilbert C. Hanke, former top executive of the Commission on United Methodist Men.

Hanke said after his grandmother's death, his parents helped clear out the family's home and found more than a hundred of her prayer cards scattered around in books, drawers and other places.

"It was like seeds that she planted," Hanke said. "I don't have much from Grandma, but I do have this memory. Every time I see an index card, that's what I think of." 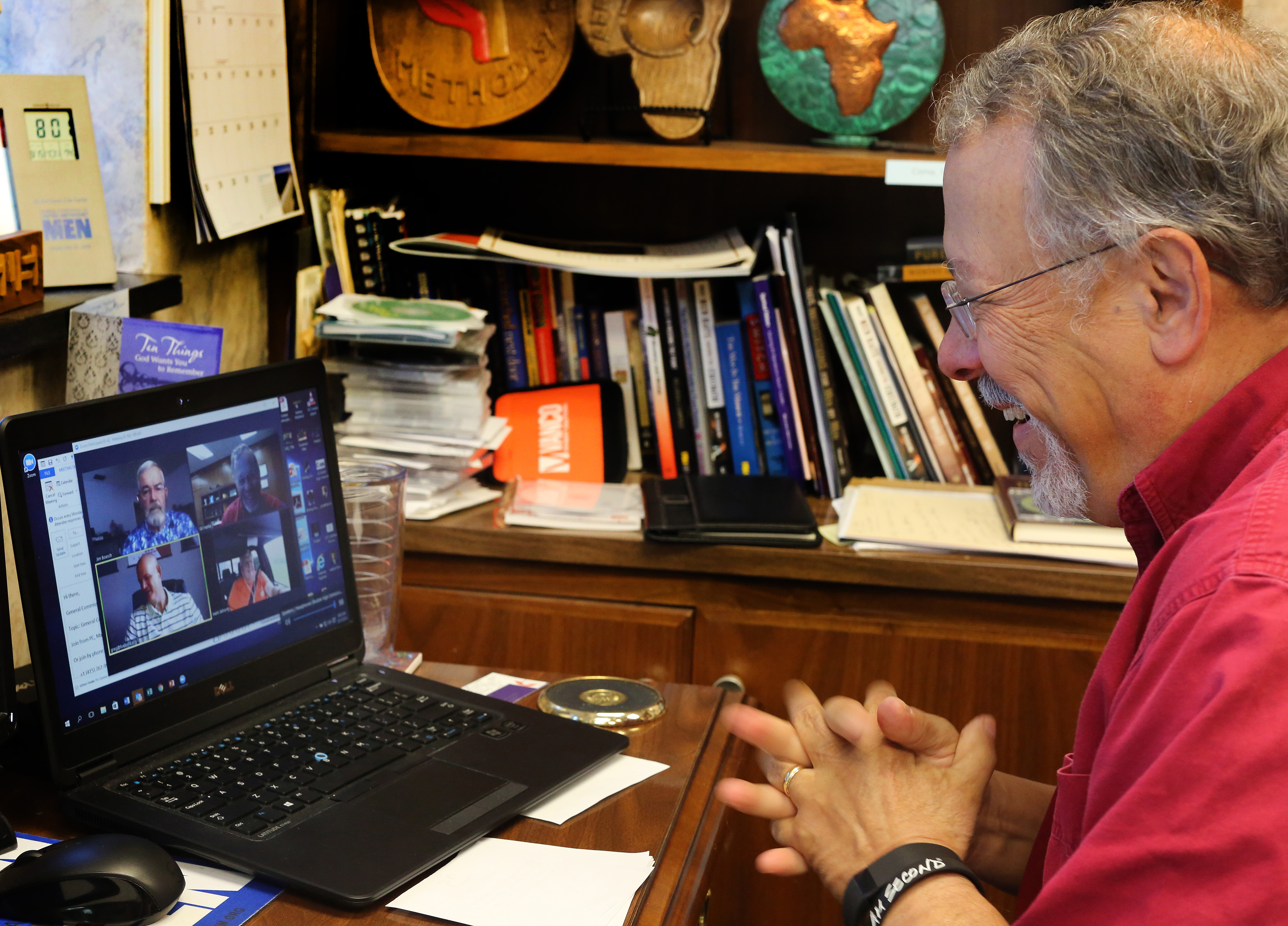 Hanke's grandfather was a United Methodist pastor and he said both of his grandparents took seriously their membership vows, including the promise to faithfully participate in the church's ministries through their prayers, presence, gifts, service and witness.

But it was their passion for prayer that stood out for him.

"Grandpa was the best prayer I've ever experienced. He prayed all the time. He prayed out loud. … Whether it was a concern about something happening in the world or a personal concern on his health, there was nothing too small or too great for him to pray about," Hanke said.

Building a solid prayer life can be a struggle for some. While new members vow to uphold their congregation through their prayers, many don't know what that means.

"We ask people, 'Will you uphold this church by your prayers, presence, gifts, service and witness?' That's great as far as it goes, but the average person has no real clue what they've said yes to," said the Rev. Dan R. Dick, assistant to Bishop Hee-Soo Jung of the Wisconsin Conference. "Are we talking about praying daily, weekly, monthly, 10 minutes a day, 30 minutes a day? I don't know that there's a right answer."

Dick said it's important for faith communities to help members understand what is expected of them, not only when they join the church but also as they renew their vows. "If we want to hold people accountable to growing in their discipleship, there has to be a standard," he said.

In the late 1990s and early 2000s, Dick analyzed more than 700 United Methodist congregations in his role with the General Board of Discipleship (now Discipleship Ministries). He studied healthy churches that were making an impact in their community, not only growing membership rolls but also helping people grow in their discipleship. The results of the study are published in his book "Vital Signs."

"When there were clearly defined expectations, it was easier to measure — to say, how well are people fulfilling the vows, fulfilling the promises they made?" he said. "In the church, we pay lip service to how important prayer is, but I really saw that where churches have prayer as a common practice and a regular expectation, people were more engaged.

"It turned things from a negative energy to a positive energy, that these thing weren't added-on burdens, requirements and obligations, these were wonderfully valuable ways to build relationships, both with God and with other people in the congregation." 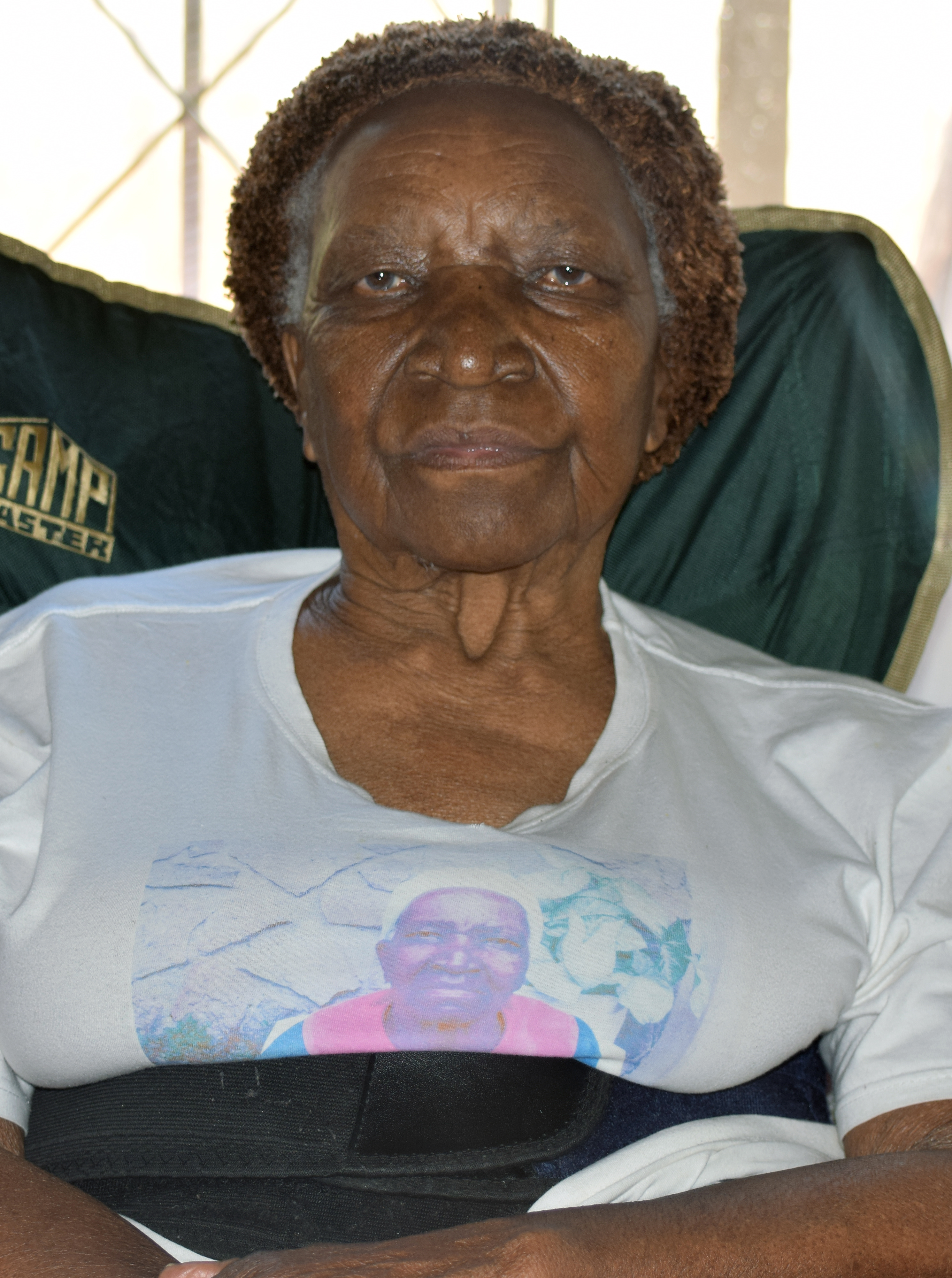 The power of prayer is evident at St. Mark United Methodist Church in Harare, Zimbabwe. The church hosts early morning prayer services that draw as many as 500 people.

Known as rumuko in the local chiShona language, the prayer gatherings are held from 4 to 6 a.m. each day and are focused on individual prayers. Eggester Jokomo, 82, a pioneer of the St. Mark prayer program, said some people travel more than 20 miles from nearby towns to attend on Saturdays.

"We mainly pray for ourselves, our church and our nation," Jokomo said. "Early morning prayers are more powerful than those done at any other time of the day. It takes a lot of willpower to rise and leave the comfort of your bed at such an hour," she said.

For those whose churches don't offer prayer services or small prayer groups, Dick suggests finding a prayer partner for accountability and making a list of things to pray about regularly.

While index cards weren't the right fit for Hanke (he prefers Post-it Notes), he has tried to incorporate what he learned from his grandparents into his own prayer life.

"When something comes up, I'll write it down and stick it in a place where I know where it is. When I'm trying to work through something or I need a break … there's that reminder of here's a list of folks you need to be praying for."

Dick said there's no wrong way to pray and it's OK to seek guidance. "The assumption is we're lifelong Christians, we've grown up in the church, we know how to pray. And yet many laity said I don't know whether I'm doing it right," Dick said.

Hanke agrees, and said he often struggles with his own prayer life.

Dick urges church leaders to get back to the basics and help members be successful in upholding their membership vows through spiritual disciplines.

"We live in a culture right now where trust is pretty low, where one person's word or promise is not always valued too highly," he said. "Calling people to a level of integrity, to say nobody is telling you what you ought to do, but when you say you are going to do something, it's important that you do that. I love that message."

This feature was first published October 9, 2017.

Julie Dwyer is a writer and editor for United Methodist Communications. Reach her at [email protected]. Eveline Chikwanah, a communicator of the Zimbabwe East Annual Conference, contributed to this report.