This is us: Methodist history preserved at Candler

"Why bother with this?" Professor Rex Matthews asked during the celebration of an exhibit of Methodist artifacts at Emory University. "What's the relevance of an exhibition such as this to us today?"

"Because we share the same stories," he concluded, "we know we are indeed members of the same family." 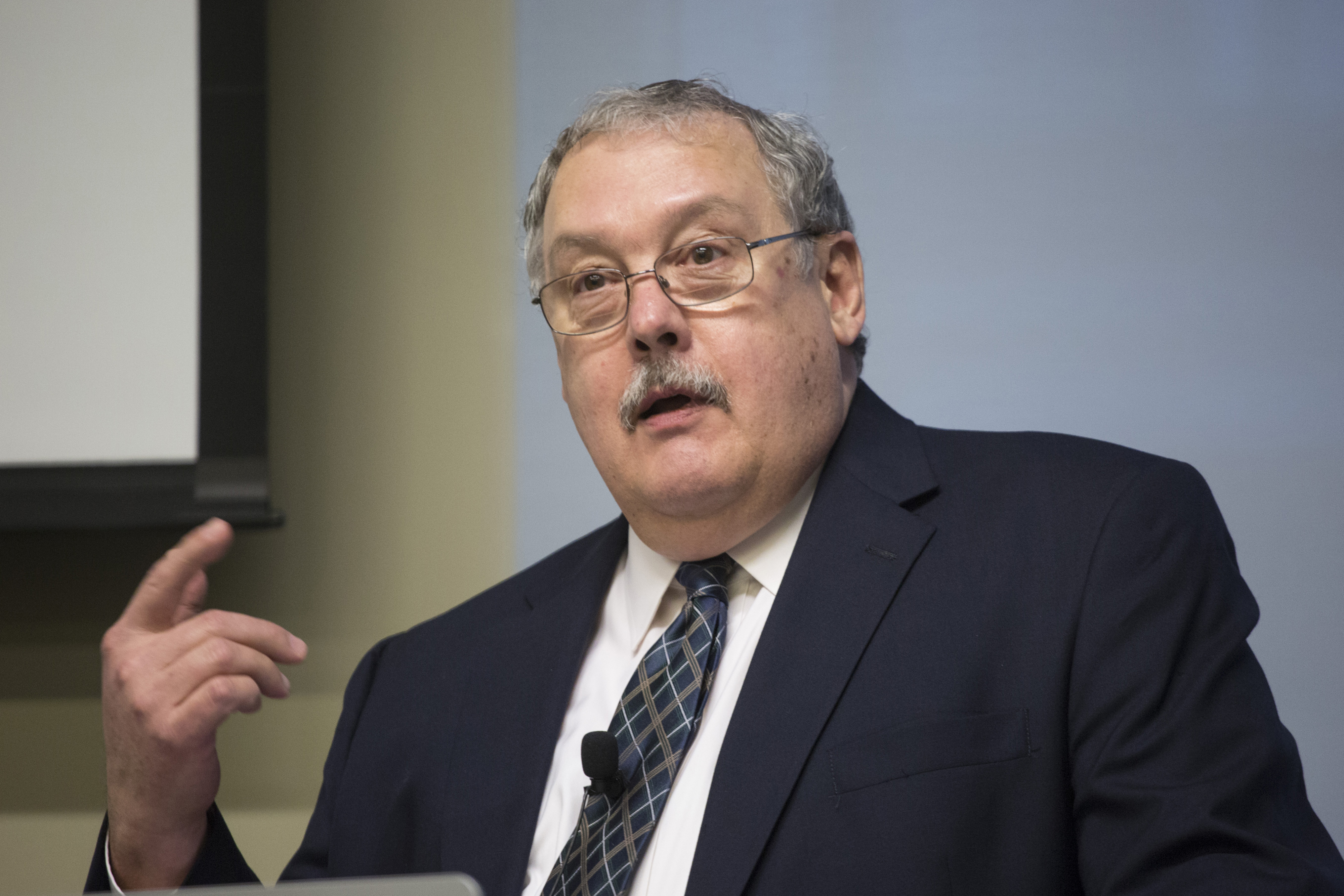 Candler professor Rex Matthews teaches, "Because we share the same stories, we know we are indeed members of the same family." Photo by Kathleen Barry, United Methodist Communications.

There is distance between us and the items that were on display at Pitts Theology Library at Candler School of Theology, "one of the premier collections of Wesleyana in the world today." Religion of the Heart: John Wesley and the Legacy of Methodism in America, presented December 11, 2017 to March 9, 2018, traced the story of the Methodist movement with a focus on the birth and growth of the church in the United States.

Most of the story occurred long before we were born, and much of it in places we may never visit.

Walking the exhibit, however, was like looking through old family photographs and learning the stories of those who came before us. Across the distance, United Methodists feel connected by our story.

"Our stories bind us together as a family to help us understand who we are," Matthews continued. "They confirm our identity. They keep alive the memories of those who have gone before and affirm our relation to other members of the family across generational and geographical boundaries."

Images of John Wesley were presented beside publications of early Methodist sermons, a diary Wesley kept while in Georgia, Charles Wesley's handwritten notes, an early version of The Discipline, love feast tickets, and photographs of more contemporary events. The collection even included a medicine spoon said to have belonged to Francis Asbury.

One display case celebrated the founding of the Methodist Episcopal Church. Another told stories of some of the important contributions of women. One area documented the growth of international missions. Several others recalled the formation of The United Methodist Church in April 1968, and some of the milestones reached in the 50 years since. 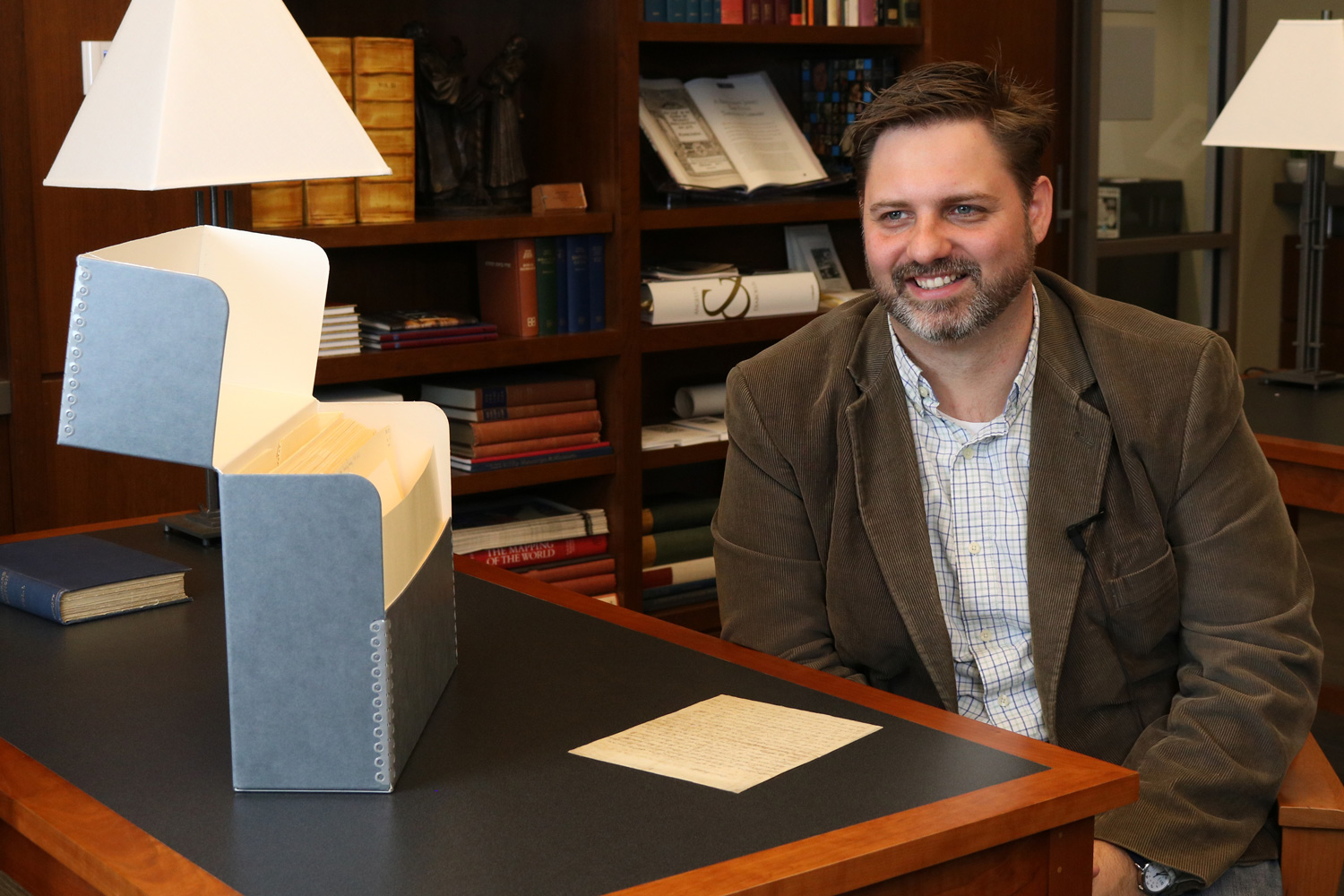 Curator Brandon Wason was careful to include all parts of our story, even the difficult ones. Photo by Kathleen Barry, United Methodist Communications.

Curator Brandon Wason thoughtfully included difficult parts of our story as well. For example, there were several displays that told of our regrettable history with racism. Artifacts reminded us of the separation of the African Methodist Episcopal Church when African-American Methodists were made to feel unwelcome, how our church divided over the issue of slavery (1844-1939), and an era when we operated under a segregated church structure (1939-1968).

The good, mundane, and regrettable are all part of our church's shared family story.

As we learn our history, we sense our connection to the Wesley brothers and Francis Asbury, to Mary Fletcher (a popular preacher) and Lucy Rider Meyer (a historic deaconess), to Richard Allen and Robert Tindley, and to those who attended the Christmas Conference in 1784, the 1968 uniting conference, and the 2016 General Conference in Portland, Oregon.

Our story also connects us with United Methodists today in Mozambique, Manila, Minneapolis, and Moscow.

Our story teaches us about faithful Christians who sought to live as disciples of Jesus Christ, and calls us into God's future.

"The stories that we tell really do matter," Matthews emphasized, "because our individual stories are part of the larger story."