The Christmas Conference: 10 days that started a church

For many of us Christmas morning means lounging in our pajamas, eating delicious food and slowly opening gifts. For those who started the Methodist church in America, their Christmas Eve in 1784 was the first of ten days of serious church business. In the end, their gift to us was the formation of a new denomination that would change history.

The decision to meet

When Thomas Coke bumped into Francis Asbury after a worship service at Barratt's Chapel in Frederica, Delaware, he shared important news. John Wesley had sent him to ordain Asbury and appoint him superintendent of a new, Methodist church in the United States. 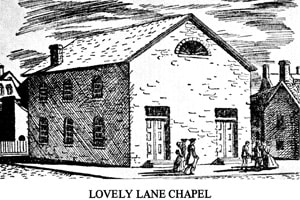 This had been a long time in coming. Church of England priests serving in America returned to England during the American Revolutionary War, leaving no one to administer the sacraments to the Methodists. Lay preachers kept the societies going with meetings and love feasts, but they needed ordained clergy.

When the Church of England continued to refuse Wesley's requests to ordain some of his Methodist preachers and send them across the Atlantic, he took matters into his own hands. Wesley ordained two Methodist lay preachers to serve in the U.S., and appointed Coke a general superintendent.

After worship at Barratt's Chapel on that November Sunday, Asbury and Coke decided to call a special conference for all the Methodist preachers in the United States. They would meet at Lovely Lane Chapel beginning December 24, 1784, to found and organize a new church. The 10 days they spent together would later become known as the Christmas Conference.

With the conference beginning in just 40 days, they needed to get the word out immediately. Freeborn Garrettson, leader of the society at Barratt's Chapel, mounted a horse and set out. The Paul Revere of Methodism would later write in his journal, "My dear Master enabled me to ride about twelve hundred miles in about six weeks." 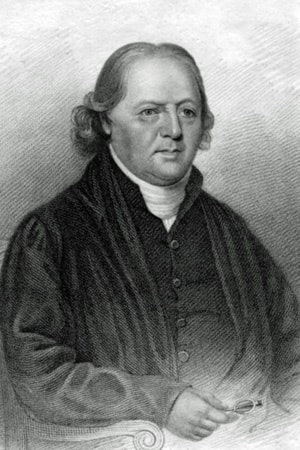 Garrettson was effective with this monumental task. According to Coke, 81 people met at Lovely Lane. "Nearly 60 of them" were "American Preachers," he notes, "most of them young."

As the conference to found the Methodist Episcopal Church began, only Coke, Richard Whatcoat, and Thomas Vasey—the two Wesley had ordained in England a few weeks earlier—were clergy. All other members of the Christmas Conference, including Asbury, were lay preachers. Coke would soon rectify that.

Beginning on Christmas Day, Francis Asbury was ordained a deacon, ordained an elder, and consecrated as a general superintendent on three consecutive days—a record that will never be broken.

Asbury, who had served as the de facto leader of the Methodists in America for years, refused to accept the role of superintendent solely by Wesley's appointment. He insisted the preachers elect him to serve in that capacity.

Soon after the Christmas Conference, Methodists began to refer to Coke and Asbury as bishops, despite Wesley's objections to the term. The United Methodist Church still elects our bishops today.

Asbury's ordination contained another bit of foreshadowing. Philip Otterbein, a pastor in the German Reformed Church, participated in Asbury's ordination. Otterbein would later help found the United Brethren, another predecessor denomination of The United Methodist Church. 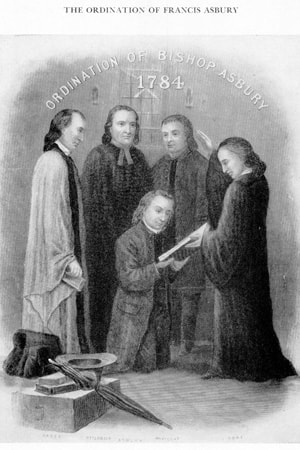 No minutes of the Christmas Conference survive, but based on the journals of those present and the Discipline they produced, historians can piece together much of what happened. Twelve lay preachers were elected and ordained as elders (clergy). The Sunday Service John Wesley sent with Coke was approved for use in the new church—a forerunner of today's Book of Worship. The conference also talked about forming Cokesbury College, and made a host of other decisions necessary for the formation of the new denomination.

When the conference was concluded and the church born, Asbury journaled about all this activity in his typically understated way. "We spent the whole week in conference, debating freely, and determining all things by a majority of votes," he explained. "We were in great haste, and did much business in a little time" (The Journal and Letters of Francis Asbury, December 18, 1784, p 939).

That is not the way many of us would choose to spend our Christmas vacation, but as descendants of these forebears in the faith, we're sure glad they did.