He faced a tough choice. Two very different opportunities lay before the newly-ordained pastor. One was a stable position with the church in which he had been raised. The other was an exciting missionary opportunity in a land far from home. What was God calling John Wesley to do?

Sometimes we face similar decisions between two good things: staying with our current job or taking the new one, moving to this community or that, or whether to have another child. Some choices have no clear, right answer. Nor is there one that is definitely wrong. 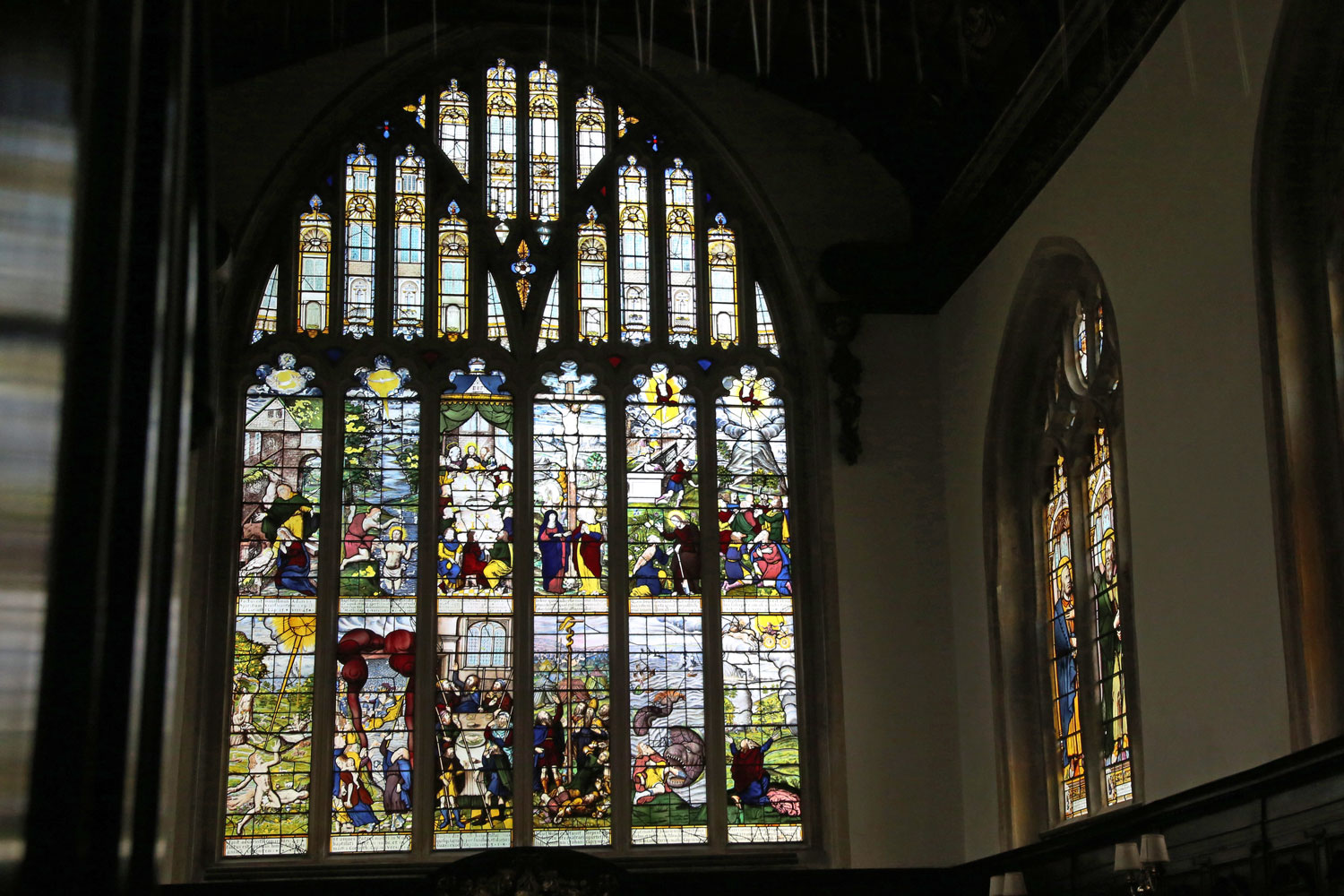 Can God speak his will for your life through art? John Wesley sought to hear from God while sitting before this window at Lincoln College, Oxford. Photo by Kathleen Barry, United Methodist Communications.

We study the Scriptures. We pray. We serve. We ask our pastor. All while waiting for a sign from God pointing us in the right direction. How do we know what to do?

John's father, Samuel Wesley, was in failing health and looking for someone to succeed him as the pastor of St. Andrew's Church in Epworth, England. It would be a good, stable job. One that would make his family proud.

Additionally, the compensation package included living in the rectory. If he would become the pastor there, his parents would not have to move from the parsonage that had long been their home.

At the same time, however, Wesley was being recruited to serve as a missionary in Georgia. While this position would mean living far from home in rustic accommodations in an undeveloped America, Wesley found the prospect exciting. He would be doing something for God. He believed the mission work would give him an opportunity "to learn the purity of that faith which was once delivered to the saints," as he would later write.

Which path did God want him to travel? Wesley struggled to find the answer.

He turned to an unexpected source as part of his decision-making process.

John Wesley believed there was "no other way of knowing God's will but by consulting [one's] own reason, and [one's] friends, and by observing the order of God's providence." So, that is exactly what Wesley did. He thought deeply about it. He consulted friends. He sought God's will.

One of the ways Wesley sought to hear from God included meditating before a stained glass window. 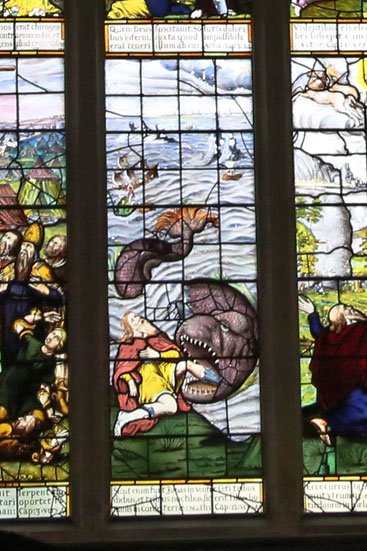 The story of Jonah, as depicted in a stained glass window in the chapel of Lincoln College, helped John Wesley decide to come to America as a missionary. Photo by Kathleen Barry, United Methodist Communications.

Wesley Pilgrimage in England participants see that stained glass window. As the bus carrying the pilgrims approaches Oxford, the Rev. Paul Chilcote, pilgrim leader and Professor of Historical Theology and Wesleyan Studies at Ashland Theological Seminary, offers tips on what pilgrims should be sure to see in the city.

The chapel at Lincoln College, where Wesley served as a fellow, remains virtually untouched since he was there. Behind the altar is a beautiful stained glass window made up of 12 panels, six illustrating stories from the Old Testament and six from the New.

Wesley, Chilcote says, regularly sat before one of the panels in the lower right while mulling over his decision. He hoped to be inspired by the image of the prophet Jonah and the "great fish" that swallowed him.

The biblical story tells us that God instructed Jonah to travel to Nineveh and preach to the people. Jonah chose instead to board a ship traveling in the opposite direction. So God sent a fish to swallow Jonah and spew him up in Nineveh. The stained glass window Wesley studied shows Jonah being deposited by the fish on a rocky beach.

If Wesley's opportunity to preach in the faraway land of America was similar to Jonah's, that would mean accepting the offer to pastor St. Andrew's was a step away from God. Then again, God might want him to go to Epworth to pastor, and the trip to Georgia might literally be a boat sailing in the opposite direction. What was God's will?

After meditating before the window and consulting most of his friends, John Wesley and his brother Charles set sail for America aboard the Simmonds on October 21, 1735.

The words his mom shared when he asked her advice may have been the deciding factor.

"Had I twenty sons," Susanna replied, "I should rejoice that they were all so employed, though I should never see them more."

Wesley's voyage aboard the Simmonds was a difficult one. Violent storms caused the passengers, including John and Charles Wesley, to fear for their lives. One can only wonder if John ever glanced over the ship's rail to see if there might be a fish nearby, ready to take him to his Nineveh.

Historians and scholars debate Wesley's decision to serve as a missionary in Georgia. His ministry there was difficult, but it helped shape him into the leader of the Methodist movement he would become.

We too face decisions with no clear answer. The best we can do is seek God's will using every means at our disposal. Then we can take comfort in knowing that God is with us and will work his will in either good choice we make.

For reflection: How has God directed you?