'You can't love God and ignore the Earth'

God created humanity in God's own image…and said to them, "Be fertile and multiply; fill the earth and master it. Take care of the fish of the sea, the birds in the sky, and everything crawling on the ground." Then God said, "I now give to you all the plants on the earth that yield seeds and all the trees whose fruit produces its seeds within it. These will be your food. To all wildlife, to all the birds in the sky, and to everything crawling on the ground—to everything that breathes—I give all the green grasses for food." And that's what happened. God saw everything he had made: it was supremely good. Genesis 1:27-31 CEB

The Rev. Rebekah Simon-Peter began to understand that, for her, taking care of the world is not just an ecological issue, but a moral and spiritual issue.

"It reflects the way we treat the life God has given us," she said. "It's about what happens to our neighbors, family and the future generation." 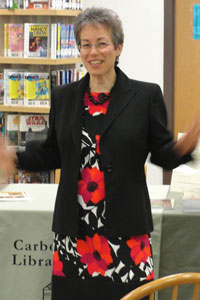 No mincing of words—"You can't love God and ignore the Earth."

Sometimes we just have to put something in words people can understand, which is what Simon-Peter (rebekahsimonpeter.com) does in her books Green Church and Seven Steps to Green Your Church. After more than a decade of pastoring churches, the ordained United Methodist elder now shares the "green" gospel with congregations, interfaith groups and community groups through BridgeWorks, an extension ministry she directs in Wyoming.

"I've seen a lot of burning bushes in my time," Simon-Peter said. "Eight years into pastoring churches I began to see headlines about Global Warming and Al Gore's documentary, An Inconvenient Truth. In 2007, I joined a group being trained by him."

God so loved the world 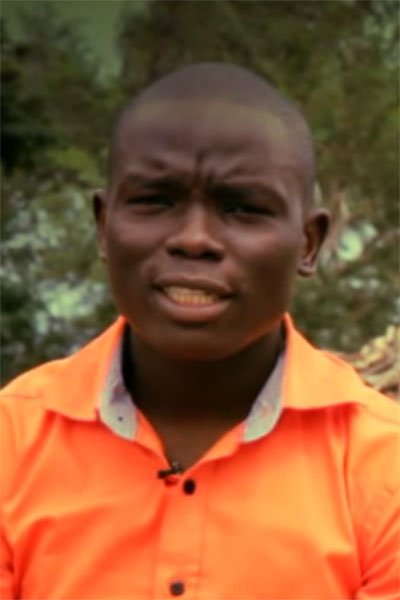 "Throughout Creation we see praise to God coming from trees, fields, the heavens, the seas, the sun, the moon, the stars, the clouds, ocean creatures, mountains hills, wild animals, cattle, birds, small creatures, and much more. If these parts of nature bring glory to God, then who are we to carelessly destroy them?"

"The word world is actually kosmon in Greek—the cosmos," Simon-Peter said. "Jesus' love is not just for humans, it's for all creation. That's why he said to the disciples, 'Go to all the world and proclaim the good news to the whole creation'" (Mark 16:15).

Twenty-five years ago, when she was studying the environment at the University of Vermont, people were still trying to figure out this "green" thing. There was a whole lot of talk about what was going to happen in the future and a general assumption was made, "Someone will do something about this before it's too late." A few epiphanies later, Simon-Peter finally "got it"—"The 'someone' is me."

"As the Earth sickens, we sicken as well," Simon-Peter said. "I felt, and still feel, myself grieving for the earth and for the people and creatures that are dying as well."

Creation care is not "no big deal"

Although there are skeptics and naysayers, Simon-Peter tells it like many believe it to be. 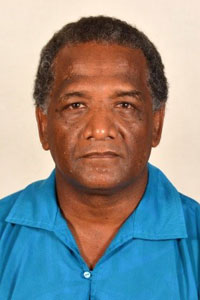 "The naked truth is that human life is no life at all and is not possible without the life of all beings in creation. Christians must combine our voices with the groaning voice of creation, and rally against rampant and mindless capitalism and its consuming goal for more economic growth at the great cost of ecology."

The Rev. Cliff Bird is the Pacific Islands representative to the Creation Care Ministry Team formed by Global Ministries and works for The Methodist Church in Fiji.
Photo by Caines Janif.

"It's not the Rapture," she said. "But in this diverse web of life created by God, fully half of all species on earth may be gone in 50-60 years.

"It's the largest mass destruction since the age of the dinosaurs," Simon-Peter said. "We can't fill the earth to the point we push everything out of existence. Before God blessed us with the command to be fruitful and multiply (Genesis 1:26-31), he gave the birds and fishes the same commandment (Genesis 1:20-23). We have to balance out our blessedness with their blessedness."

Scientists insist the doom and gloom stuff isn't just hogwash. The sixth extinction crisis is already underway. Currently, there are two million species on Earth. Every year 200-2000 of those species become extinct.

Fifty or 60 years from now many of us won't be here, but our grandkids or their grandkids are at risk for losing the privilege and pleasure of enjoying God's earthly gifts—the joy of swimming in safe oceans, chasing butterflies, and catching frogs for show and tell. Sadly, future childhoods may be more about forest fires, drought and consequences of an ever-weakening ozone layer. In their future, young students may write term papers about what wasn't done by previous generations to protect the world they inherited.

Thinking little about a BIG problem

"We are a denomination that preaches what the Bible says, 'The Earth is the Lord's and all that is in it, the world and those that live it,'" Simon-Peter reminds us, quoting Psalm 24:1. "Creation is the Body of God. We are part and parcel of it. We cannot separate our life with God from our life on earth." 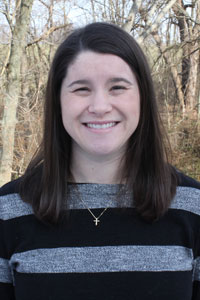 "I am grieved by the broken state of our planet and I critically consider my part in its destruction. The United Methodist and Franciscan traditions equip me to look at all members of the creation as brothers and sisters in Christ and to expand my understanding of what I consider sacred. I believe that when Christians extend God's love to the Creation and those affected by its damage, their faith is enriched and resurrection takes on a whole new meaning."

Many churches say, "But we're recycling and we've stopped using Styrofoam cups during coffee hour." "That's not enough," says Simon-Peter. The church has to think bigger, do more.

It's not just about appointing a church "Green Team," nor is it just about floating patches of garbage in the Pacific Ocean. Not just about disappearing monkeys, melting icebergs and dying coral reefs. It's about counting nature's blessings and honoring The Creator by protecting them.

Simon-Peter suggests churches channel their passion into things that make a true difference—installing solar panels, harnessing wind power, or creating a community garden that can be used to feed the homeless or working poor.

But it's up to church leadership to inspire their congregations.

"It's on the pastor to be courageous and visionary," Simon-Peter said. "Preachers have to use the power of the pulpit to talk about the relationship with the Creator and the Creation because if it doesn't come from the church pulpit, it doesn't become real for the congregation.

"We confuse the political with the Biblical—our focus for so long has been on humanity—which is a good thing, but we have not paid attention to the health of the rest of Creation." 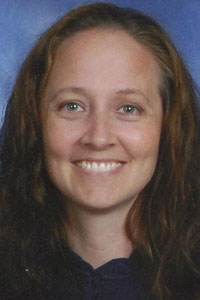 "Caring for Creation should be a natural response to loving Jesus. I am in awe over the intricacies and systems created that support life. To love my neighbor as myself, I must care and act so my neighbors can have clean water, air and healthy food. I care because God cares for what He's created."

"Church ministry tends to be comfort-focused. We comfort people in distress. UMCOR does fabulous work with responding to natural disasters—which are actually un-natural disasters. The problem is that we're not addressing why the disasters are happening with such increasing frequency."

The US Environmental Protection Agency has estimated that if America's more than 300,000 houses of worship cut back on energy use by a mere ten percent, we could save nearly $200 million for missions.

It's not what we save, it's what we can do with the money we save.

Connected to the planet

Are your tulips in bloom? Do your rose plants have new leaves? Are there birds at your feeders? What do you see when you go outside for a walk? Are you planning your beach vacation? What's fresh and for dinner? Can you breathe in the freshness of a new season?

And God said it was good.

"The earth is the Lord's and the fullness thereof, but the mess is ours." "God has created a world that is designed to be self-replicating," Simon-Peter said. "God replicated himself in us and we act on his behalf when we treat Creation with benevolence and creativity." 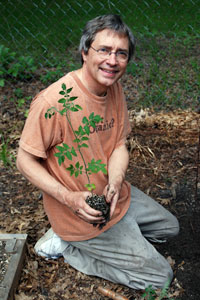 The Rev. Pat Watkins teaches the theology of caring for creation as a missionary with Global Ministries. Photo courtesy of Pat Watkins.

Click here for Bible verses and commentary by the Rev. Pat Watkins. These will serve as a great way to think about and discuss a theology of Creation care.

Watkins said, "The United Methodist Church is an amazing and powerful group of Christians because of our scriptures. We just don't use that power enough. We need to be the voice of Creation care." His commentary will help us begin to be that voice.

Use these thoughts with a group of friends, your Sunday School class, youth group, or small group.