The Rev. Pat Watkins is an expert in educating others about how theology relates to caring for creation as an important Christian mission. Watkins was a missionary with the General Board of Global Ministries assigned to the care of God's creation. 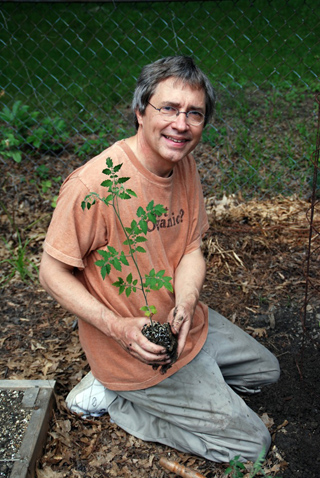 "It's more than recycling and Styrofoam" he continued. "It's about relationships with God, each other, and God's creation. It's about how we live with each other. It is a covenant."

Watkins said, "The United Methodist Church is an amazing and powerful group of Christians because of our Scriptures. We just don't use that power enough. We need to be the voice of creation care."

Watkins shared some Biblical references that call us to care for God's creation.

Genesis 2:7 – The Lord God formed the human from the topsoil of the fertile land and blew life's breath into his nostrils."

Genesis 3:23 – "The Lord God sent him out of the garden of Eden to farm the fertile land from which he was taken."

Even the fact that God put Adam and Eve in a garden is an important point. Due to their disobedience, they were kicked out of the garden and the land was cursed making it more difficult for them to coax the earth to provide for them.

Genesis 4:12 – "When you farm the fertile land, it will no longer grow anything for you, and you will become a roving nomad on the earth."

Disobedience of God and violence towards one another results in negative consequences for the earth.

Genesis 9:13 – "I have placed my bow in the clouds; it will be the symbol of the covenant between me and the earth."

Few people know that Noah's father, Lamech, thought that his son might one day be the "righteous" one to remove the curse on the land (Genesis 5:28-29). When Noah's Ark came to rest and the animals were released, a rainbow appeared. It was a sign not only of God's covenant with Noah, but also with the animals and the earth itself. Noah's story is a story of reconciliation of humanity and the earth. God saw what he had done and promised he would never again curse the land.

John 3:16 – "God so loved the world that God gave his only Son, so that everyone who believes in him won't perish but will have eternal life."

Many think that the whole Christ event was just about personal salvation, but actually, it was about God's love for everything God has made. The word world is better translated as cosmos.

Romans 8:19 – "The whole creation waits breathless with anticipation for the revelation of God's sons and daughters."

Colossians 1:20 – "He reconciled all things to himself through him — whether things on earth or in the heavens. He brought peace through the blood of his cross."

Paul has the understanding that Jesus was the redeemer not just of humanity, but of everything God created.

Learn more about The United Methodist Church and its teachings about the natural world, and creation care.

This piece was written by Susan Passi-Klaus, a freelance writer based in Nashville, Tennessee. Media contact: Joe Iovino.