Why do we love Star Wars?

Aren’t we tired of Star Wars yet? It’s been around for over 40 years. The franchise is older than most of its fans.

Its reach is deep. I’ll soon watch the latest movie in my home while sitting in my Star Wars-themed PJs, drinking milk out of my 35-year old Han Solo collector’s cup and trying not to notice the Santa-hatted Darth Vader ornament I forgot to put up with the rest of the Christmas decorations.

Why do we love Star Wars?

Star Wars points out there are gifts and freeing powers within us. Our development is not about fixing our broken selves. Development is liberation and power over brokenness.

Disney doesn’t think so. They continue to push out Star Wars content because sci-fi fantasy patrons like you and me continue to consume it. And, despite the complete cultural saturation and some disappointing movies, we continue our entertaining escapes to a galaxy far, far away.

With each new movie or show, many of us hope to see the franchise redeemed to its former state. We hope to see the storylines capture our creative flights of fancy as they once did--most likely when we were children. Our longing for actualized nostalgia keeps us buying tickets and merchandise.

The latest trilogy of movies (that is, The Force Awakens, The Last Jedi and The Rise of Skywalker) made sure we knew, though, that re-establishing a line to the past was not, in fact, the way forward. These movies affectionately, though sometimes abruptly, put the past to rest.

Really, they sealed off as much of the past as they could. Our favorite old characters died. Some characters, like Darth Vader and Obi-Wan Kenobi, never came out of retirement. Perhaps, most poignantly, the hopes of restoring the galaxy to our nostalgic expectations blew apart when lightning burned a sacred Jedi tree. 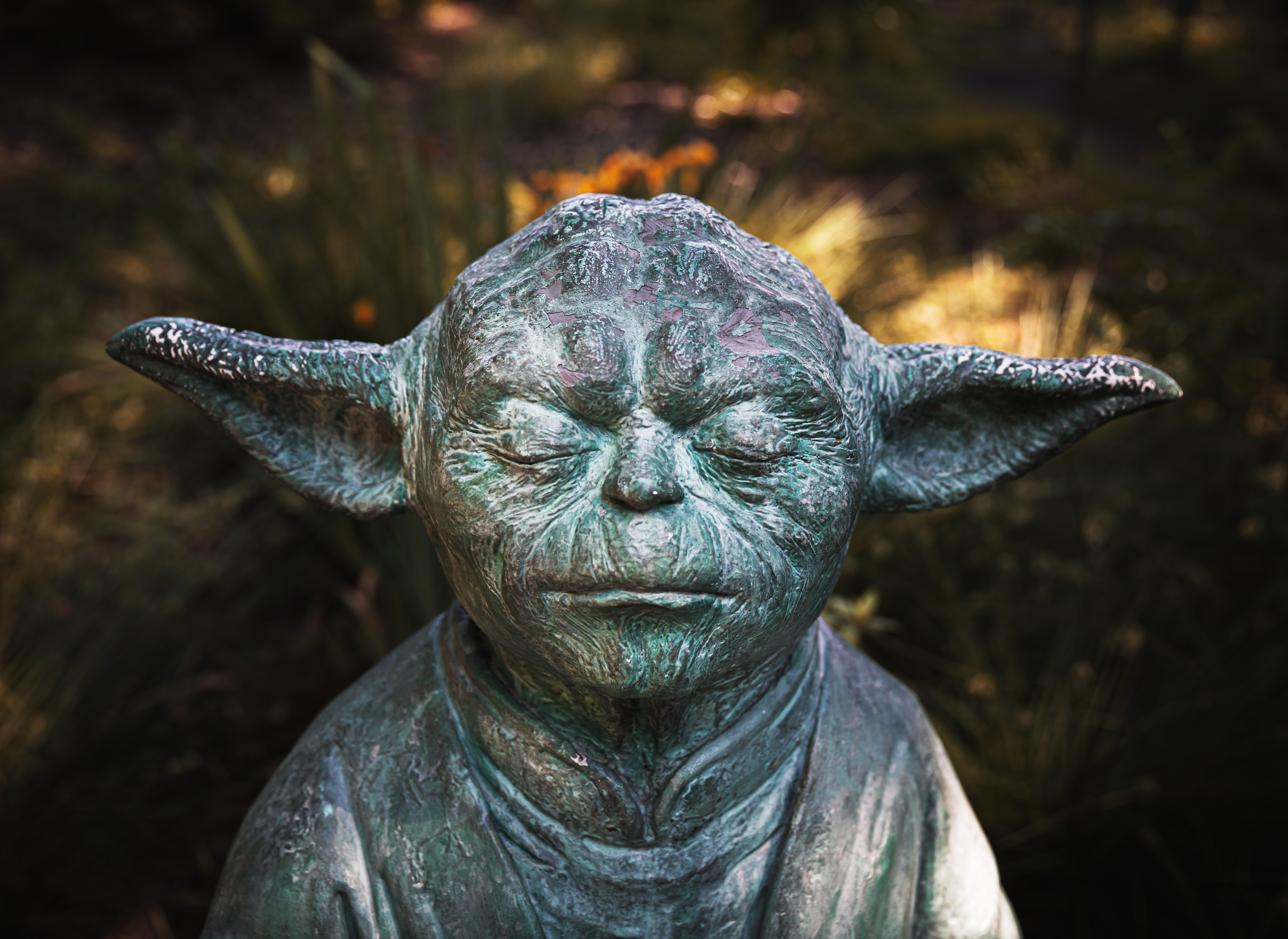 In a meaningful scene in The Last Jedi, ancient Jedi Master Yoda appears to Luke Skywalker as Luke debates what needs to happen to the Jedi order. Luke tells Yoda that he’s going to “burn it all down.” Yoda calls his bluff and summons lightning to strike a nearby sacred tree that houses several sacred Jedi texts. The power of the scene suggests there is no going back to how things were. We won’t move forward by restoring the past.

Yoda used The Force to summon the tree-burning lightning. The Force is one of the aspects of the Star Wars universe that excites many of us. The Force is a mysterious power. It exists in the world around our characters. But it also exists as a power within the characters. This power provides capabilities we otherwise thought impossible. We love that idea--especially when many of us struggle with feelings of powerlessness and inadequacy.

Luke felt inadequate. In these later movies, his conflict centers on his disappointment in not having been able to restore the past. While he once was able to restore his father to his “true” former identity, Luke felt he failed at restoring the Jedi order. In his frustration, Luke quit, retreating to a hidden world containing historical texts of the Jedi order. Luke was near to the past and not participating in the future. He seemingly decided to fix the past or blow it away. Instead, Yoda erased Luke’s decision with a lightning strike, setting Luke free to become the Jedi of the future.

Luke demonstrates a religious devotion to the Jedi order. Many of us harbor feelings towards religion similar to Luke’s feelings towards his order. His conflict is the same conflict overshadowing our own feelings about faith. We long for restoration.

Therefore, if anyone is in Christ, the new creation has come: The old has gone, the new is here! (2 Corinthians 5:17)

But the Christian story is not one of restoration. The Christian story points towards re-creation, newness and redemption. We are told that all who are in Christ are a new creation -- the old has gone, the new has come (2 Corinthians 5:17).

Luke longed to erase the mistakes of the past. In the scene of the burning tree, Luke and Yoda hold a revealing conversation about Luke’s mistakes. Yoda points out that mistakes are valuable lessons -- both for Luke and for those who will come after him. Yoda suggests the best state of existence is not a restoration of what once was, but rather, a historically-informed movement towards what could be.

While Yoda and Luke watched the sacred tree burn, Yoda gives his old student one last lesson: “We are what they grow beyond--that is the true burden of all masters.” It’s a reminder the past is not perfect. It’s also a message of hope. And hope drives much of what we find truly lovable in the Star Wars story: there’s hope that friendship, goodness, community and perseverance are not merely altruism. They overcome selfishness, divisiveness, greed and hate. Perhaps what really appeals to us in the Star Wars story is that love triumphs, even against tall odds.

Star Wars provides us an anecdote of hope. For those of us who hold an expectation that love will, in the end, triumph over all the brokenness of the world, Star Wars continues to feed our creative expectations and reminds us to keep looking ahead.

Rev. Ryan Dunn is a Minister of Online Engagement for United Methodist Communications. He saw the original Star Wars in theaters as a toddler and still drinks from his commemorative Jabba the Hutt glass he got with a Happy Meal in 1983.