What is Christian nationalism?

So read one sign held aloft in a crowd of insurrectionists outside the United States Capitol building on January 6, 2021.

What do these words have to do with each other? For many people: very little, if anything at all. Scripturally speaking, there exists little evidence to link the three entities. The Bible makes no mention of either guns or Donald Trump. Jesus spoke ambiguously about weapons, saying that “All who take the sword will perish by the sword” (Matthew 26:52). While elsewhere offering a suggestion to his disciples to purchase a sword (Luke 22: 35-38). This latter teaching has confused scholars for centuries, as there are arguments for interpreting it both literally and for interpreting it as another one of Jesus’ hyperbolic teachings (here bordering on sarcasm). Even if we accept Jesus’ teaching about buying a sword as a literal directive, he certainly did not espouse a stock-piling of weapons--when his disciples offered that they already had two swords, Jesus replied “It is enough!”

There are individuals, however, who view the words “Jesus, guns and Trump” set amidst a backdrop of red, white and blue, and feel there is a strong connection. These words in that setting are an expression of Christian nationalism--an often distorted conflagration of national identity and Christian identity.

What is Christian Nationalism? 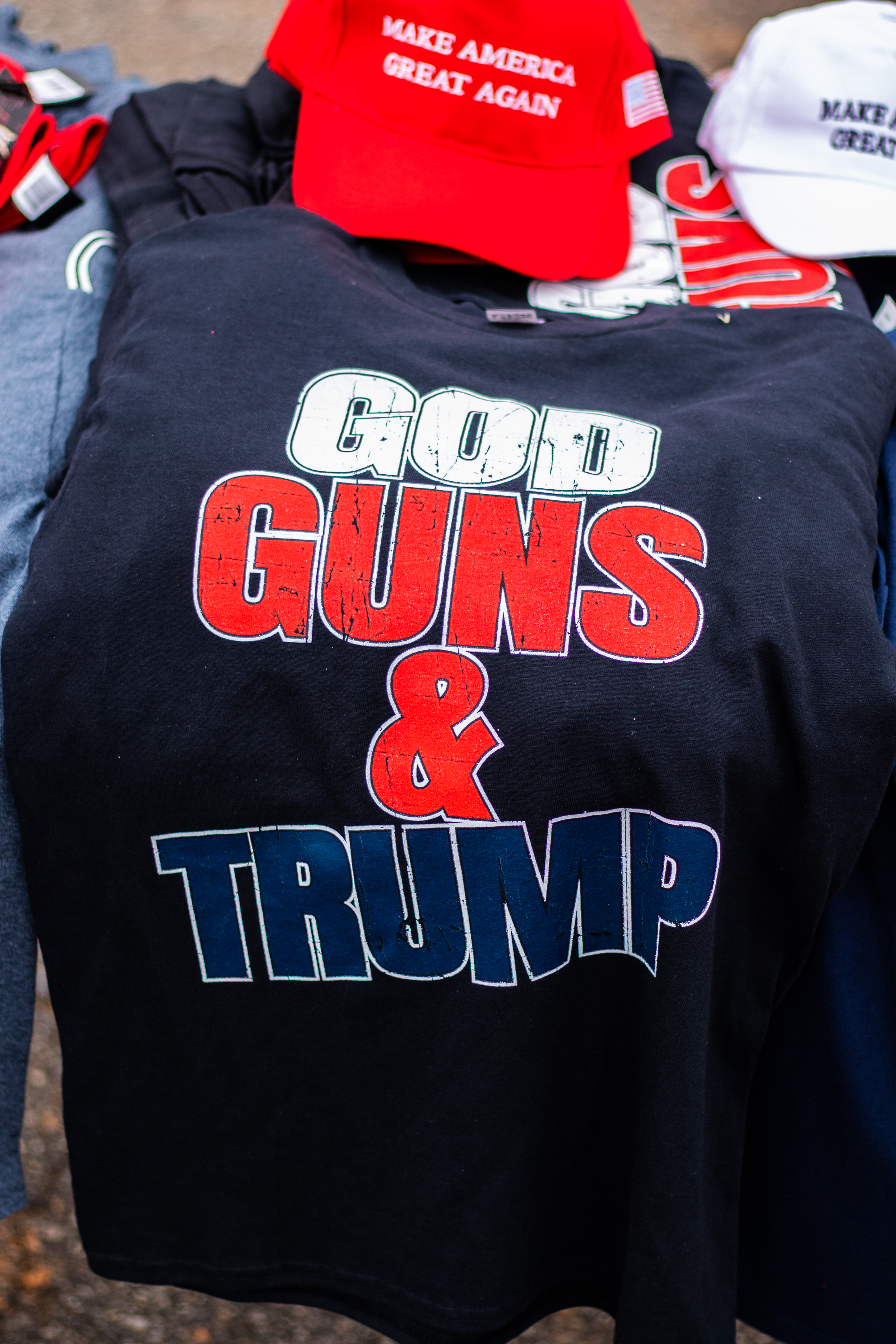 “Christian nationalism identifies the nation with God's will and action in the world; conflates national and Christian identity; and identifies service of the nation with service of God,” writes Dr. David W. Scott, who is a Methodist historical researcher and the Director of Mission Theology at the General Board of Global Ministries of The United Methodist Church. “Christian nationalism gives moral cover for actions, even unseemly ones, taken in pursuit of national or political goals.”

Those who hold to a Christian nationalist view assume a religious duty in defending their beliefs in regards to the nation. So many of those who stormed the U.S. Capitol felt quite natural in holding up “Jesus 2020” and “Jesus Saves!” banners. They believed their actions were a defense of the nation and therefore sanctioned by God.

The events of January 6, 2021, expose the dangers of Christian nationalism. Uniting a religious fervor with domestic events incites a passion and sense of priority that many of us consider out of place--especially those of us in the Christian sphere who reject a Christian nationalist perspective. National priorities are simply not equal to the priorities of God. We become acutely aware of this when we have disagreements over what our national priorities are.

Many of those who stormed the Capitol did so under a presumption they were defending democracy. The rest of us believe they were trying to overturn democracy. To assume that one side works on behalf of God while the other works in rejection of Divine order is a perversion of the unity that could exist in, at least, recognizing shared spiritual ideals. That spiritual unity cannot exist when we suggest that true Christians either wear red hats and carry “Don’t Tread on Me” flags or do not.

So Christian nationalism limits who we are in our spiritual identity and who we are in our American identity. And it runs the even more dangerous route towards a belief that the nation is infallible. Christian nationalism makes an idol of the nation--the country becomes an interchangeable object of worship. We believe we serve God by serving the country.

Why is Christian nationalism appealing?

Dr. Scott believes an appeal exists for both Christians to be nationalists and for nationalists to feel a pull towards Christianity. “Being able to root your nationalist beliefs in a religion that gives those beliefs a sense of ultimate reality is very appealing. Political leaders have used religion for their own ends throughout history,” he noted.

Aligning nationalistic ideologies with religious belief grants them a sense of importance and legitimacy. Turning nationalist thoughts into religious beliefs moves them from being political opinions to standards of faith. So those who are looking to provide a base for legitimizing their political opinions find value in claiming that their thoughts are established through Divine order.

Take, for example, the previously mentioned story about Jesus’ instructions to buy a sword in Luke 22: 35-38.

He said to them, ‘When I sent you out without a purse, bag, or sandals, did you lack anything?’ They said, ‘No, not a thing.’ He said to them, ‘But now, the one who has a purse must take it, and likewise a bag. And the one who has no sword must sell his cloak and buy one. For I tell you, this scripture must be fulfilled in me, “And he was counted among the lawless”; and indeed what is written about me is being fulfilled.’ They said, ‘Lord, look, here are two swords.’ He replied, ‘It is enough.’

A proponent of gun ownership could look at this verse and declare that Jesus teaches us to arm ourselves. The story lends religious legitimacy to a political persuasion. [Note that we have previously detailed that there are those who also believe that Jesus is not advocating weapon ownership here, too.]

What can we do about Christian nationalism?

According to Dr. Scott, “the best safeguard against religious nationalism that I know of is learning from Christians (and others) who are different from you.” We begin to safeguard against Christian nationalism by adopting a mindset that our spiritual and human identity supersedes our national identity. “Learning to see God in others who are outside our sense of who comprises our nation or our in-group reminds us that God is bigger than any political or social group.”

One way to keep the lesson of human connection before us is to engage in mission work--or the work of representing God’s love and mercy to others. “Mission, because it involves interactions by Christians across national and cultural boundaries, has historically been one of the most important means for facilitating this type of encounter and mutual learning, though it can happen in other ways too,” noted Dr. Scott.

“Christianity also has a lot of theological resources for thinking of ourselves as citizens of heaven and siblings to all other humans, not partisans of a particular national group,” he continued. Joining in the process of extending God’s grace across cultural borders is a meaningful way of witnessing to the extended family of faith. You can learn more by reading about mission work and the global community of faith at UMGlobal.org.