Many have experienced a moment when the Spirit of God came upon them in a powerful way. For some, it happened on a retreat as a youth, or a mission trip later in life. Others had an experience during a Sunday morning worship service or a Wednesday night Bible study. Some have felt Christ especially present while praying from the top of a mountain or crying out over the sound of crashing waves while standing on a beach.

Whatever the circumstances, these moments can be life changing. We look back upon them as times of conversion, renewal, and revelation. We may feel called to do something, experience healing and wholeness, or receive peace about a decision. 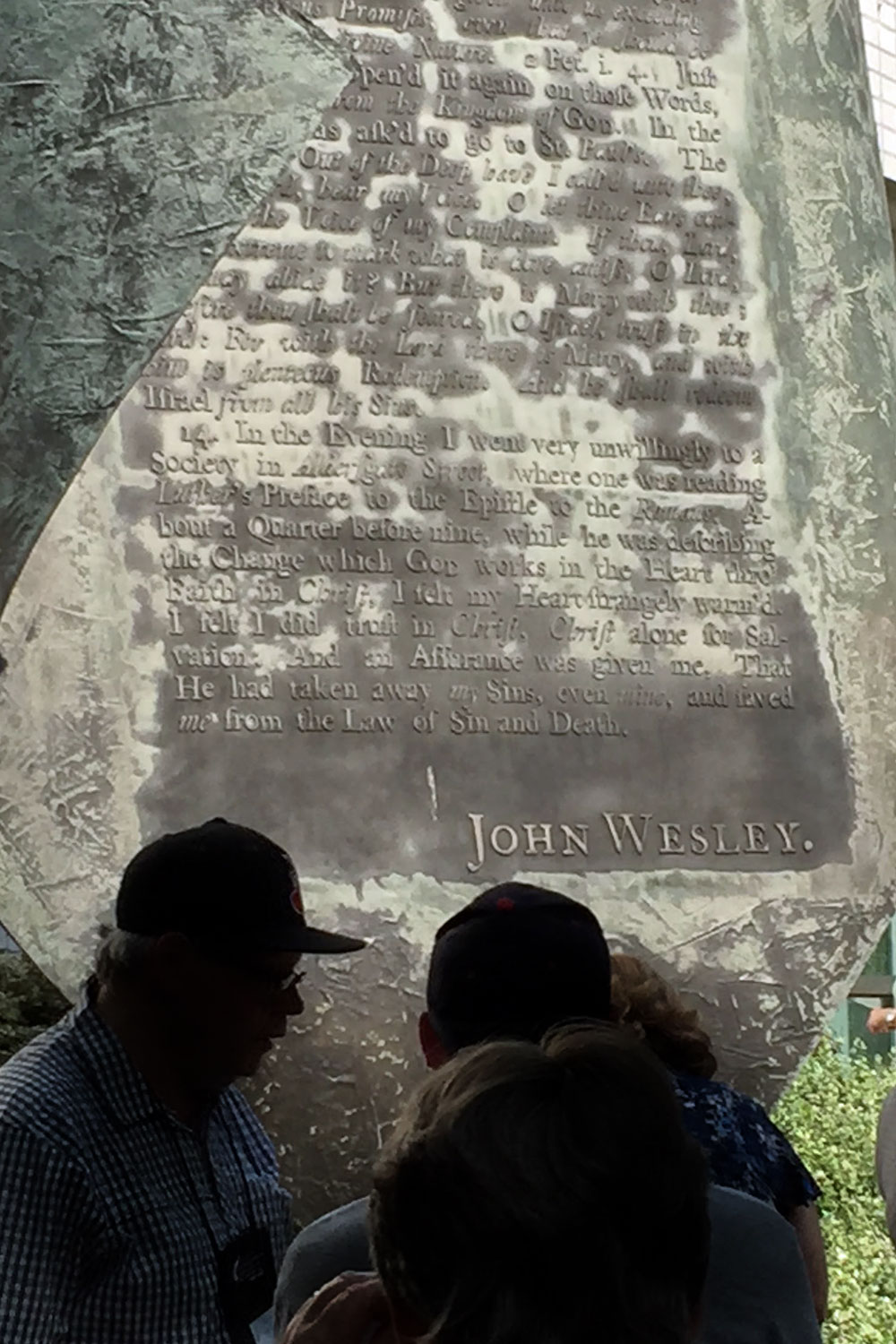 A commemorative plaque on Aldersgate Street in London contains the text of John Wesley's journal entry for May 24, 1738. Photo by Joe Iovino, United Methodist Communications.

John Wesley, founder of the Methodist movement, rather famously had a Holy Spirit moment often referred to as his "Aldersgate experience." Wesley records in his journal what happened on May 24, 1738:

In the evening I went very unwillingly to a society in Aldersgate Street, where one was reading [Martin] Luther's preface to the Epistle to the Romans. About a quarter before nine, while he was describing the change which God works in the heart through faith in Christ, I felt my heart strangely warmed. I felt I did trust in Christ, Christ alone, for salvation; and an assurance was given me that He had taken away my sins, even mine, and saved me from the law of sin and death.

When read by itself, this one journal entry seems to suggest this God-moment happened unexpectedly. The same is true when we hear others report similar experiences. Most often, however, these special encounters with the Holy Spirit come to those who are seeking, those who have opened their hearts to receive something special from God.

When John Wesley and his brother Charles returned to England after their missionary journey to Georgia, their faith was a bit shaken. Their American mission didn't live up to expectations.

General James Oglethorpe invited John to come to Savannah as a chaplain, but he almost immediately came into conflict with colonists who didn't appreciate his zeal. Charles traveled to serve as Oglethorpe's secretary, a role for which he was poorly suited. Both thought they would have time to serve as missionaries to Native Americans, but that never really panned out.

During their travels, the brothers met Moravian Christians from Germany whose assurance of faith the Wesley brothers envied. In a storm at sea and during trying times on land, these Christians displayed a peace for which John and Charles longed.

Upon their return to England—Charles in July 1736 and John in February 1738—they sought out the Moravians, hoping to discover the secret to their faith.

In May 1738, Charles fell ill and was concerned for his survival. Lying in bed day after day, he focused on his spiritual well-being. If this illness were to take his life, was he ready to die? He prayed, studied, and spoke to friends who prayed for him to feel the presence of the Holy Spirit.

At about the same time, John was having conversations with a well-respected Moravian name Peter Böhler. Böhler was teaching Wesley about Moravian spirituality, which included the belief that Christians have an assurance of faith experienced as love, peace, and joy. Those emotions were in short supply for each of the Wesley brothers at the time. Between conversations, John pored through the Bible for evidence of Böhler's claims.

On Pentecost Sunday, May 21, 1738, something amazing happened. Between visits from his brother, his doctor, and those who were taking care of him, Charles had a personal encounter with the Holy Spirit. 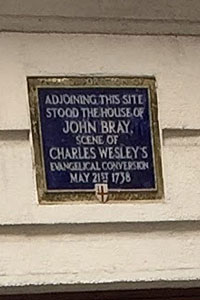 While staying at the home of a friend during a difficult illness, Charles Wesley had a special encounter with the Holy Spirit three days before his brother. Photo by Joe Iovino, United Methodist Communications.

In his journal entry for that day, he reports experiencing "a strange palpitation of heart" that caused him to exclaim, "I believe, I believe!" Several sentences later he continues, "I now found myself at peace with God, and rejoiced in hope of loving Christ."

When John visited the next day, Charles shared what had happened for him and together they prayed for John to have a similar experience. Charles writes, "I almost believed the Holy Ghost was coming upon him."

Later that week, John "went very unwillingly to a society in Aldersgate Street" where his heart became "strangely warmed." It was a moment for which he had prayed, studied, and prepared.

The same is often true for us. While God can come to us at any time and any place, it is often helpful to prepare our hearts to be receptive to the Holy Spirit stirring within us.

Throughout his ministry, John Wesley taught about the means of grace, things we do regularly to put ourselves in a place where we are open to receiving the grace of God. Those practices include individual and communal works of piety and works of mercy, like private devotions, sharing in the sacraments, visiting the sick, and standing up for justice.

As you and I long to hear from God, it is good to follow the examples of John and Charles Wesley who prayed, studied, and sought the counsel of others. We cannot control when or where God will speak to us—it often seems to happen unexpectedly—but we can put ourselves in a place where we will be ready to hear when it happens.

Joe Iovino works for UMC.org at United Methodist Communications. Contact him by email .