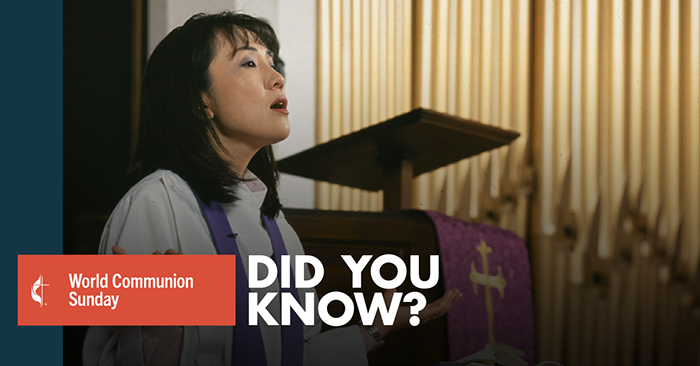 The United Methodist Church allocates part of the World Communion Sunday offerings to The General Board of Higher Education and Ministry (GBHEM) and The General Board of Global Ministries (GBGM) for ethnic leadership development. Scholarships from GBHEM are designated for any undergraduate or graduate level racial-ethnic minority student pursuing ordained ministry (deacon or elder) and the Ethnic in-Service Training Program is designed for the recruitment, training, and retention of ethnic United Methodist persons, both male and female, in leadership positions in every level of the church and its ministry. Scholarships from GBGM supports strategic and priority leadership development from among our partner churches and communities in Africa, Asia/Pacific, Latin America, Eastern Europe and people from communities of color in the U.S. Specifically targeted are individuals who express a vision and commitment to serve communities in need, and in areas of focus that are of significant importance to church, society and the world.