Did You Know World Communion Sunday funds education for church leadership in the UMC? 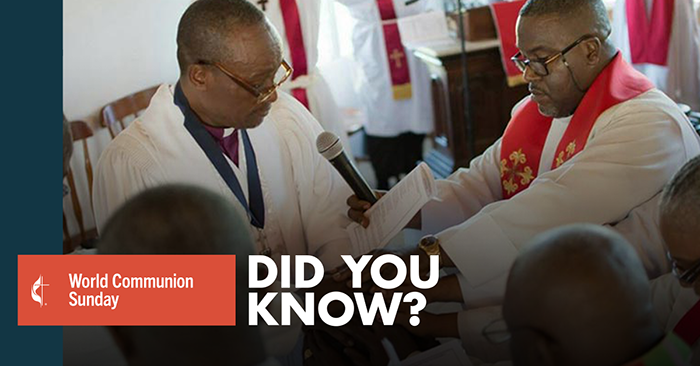 This special offering supports a diverse mix of national and international ethnic young adults to make a global impact for Christ. Half of the offering benefits World Communion scholarships for graduate students from the U.S. and other countries. The remainder assists Ethnic Scholarships for U.S. and international undergraduates studying in the U.S. and Ethnic In-Service Training. These funds are administered by The General Board of Higher Education and Ministry and The General Board of Global Ministries.