By grace we are forgiven: Justifying grace

Part of our 3-story series, The Wesleyan Concept of Grace.

“Amazing grace! How sweet the sound that saved a wretch like me.” Many United Methodists know John Newton’s words so well that we can sing more than one verse of this great hymn from memory. We may be a little fuzzy, however, on the concept of grace. 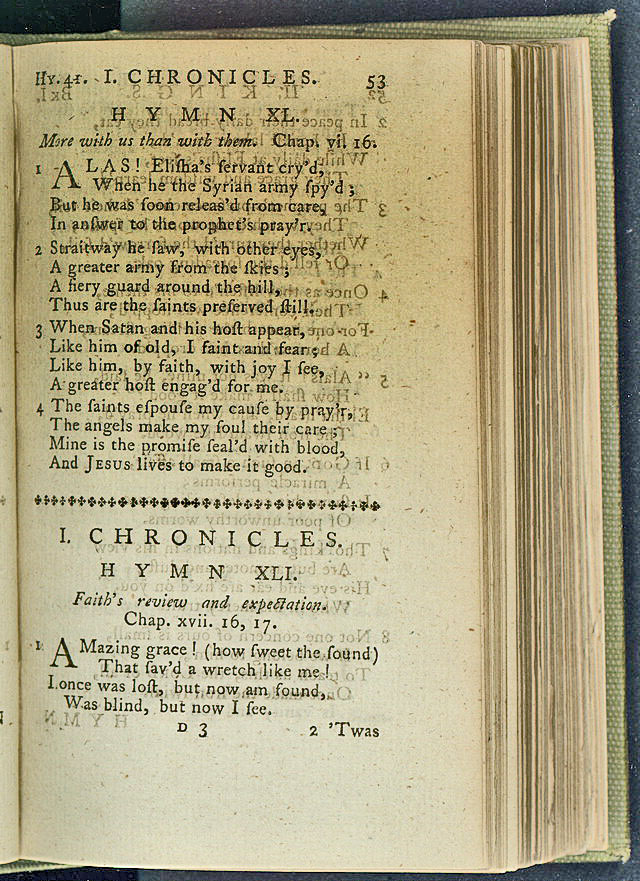 Newton’s lyrics echo those of scripture, like Ephesians 2:8, “You are saved by God’s grace because of your faith. This salvation is God’s gift.” Both the Apostle Paul and the hymn writer teach us that our salvation is not something we earn or deserve. It comes to us because of God’s great love for us.

John Wesley, the founder of the Methodist movement, preached and wrote often about the amazing grace of God that leads us into renewed relationship with God.

The gift of God

The Rev. Matt O’Reilly, pastor of St. Mark United Methodist Church, Mobile, Alabama, wants United Methodists to know that when we speak of the grace of God, we are not talking about a substance. It is instead a description of God at work in our lives.

“Grace is primarily about how God relates to us,” O’Reilly teaches, “not based on our merit, but based on God's resolve and love for creatures made in God's image."

“Human effort does not play any role,” shares the Rev. Nday Bondo Mwanabute, professor of theology at Africa University, Mutare, Zimbabwe. “All that is required from human beings is to avail themselves to receive everything from God by faith.”

Wesley taught that our entire spiritual lives are an act of God’s grace. He names at least three periods in our spiritual development and the ways God’s grace is at work during those times—prevenient grace, justifying grace, and sanctifying grace. It may sound like he is talking about three different graces, but that is not the case.

“The issue is timing,” O’Reilly explains, “not so much different stuff.”

The grace with which we are most familiar is what Wesley called justifying grace.

The Bible tells us, “All have sinned and fall short of God’s glory” (Romans 3:23). Try as we might, we cannot be good enough. We need God to make things right between us, to justify us.

“Justification is another word for pardon,” John Wesley writes in a sermon called The Scripture Way of Salvation. “It is the forgiveness of all our sins; and, what is necessarily implied therein, our acceptance with God.”

The Rev. Gary Henderson of United Methodist Communications uses an illustration from our word processors to help us understand what it means to be justified.

“I’m typing and the words and the lines are all over the page… and it looks like a mess,” Henderson begins. “With a keystroke or two, I can bring it all together and order it and align it. They call it justifying to the left, to the right, or to the center... Sometimes it seems as though our lives are in pieces. We need a sense of order.”

When we are justified, we are made right with God. Our sins are forgiven and God begins the process of lining our lives up to God's original design for us.

We are created in God's image, but that image is distorted by sin. By God’s grace, through faith, we receive forgiveness. All of this is God’s gift to us through the death and resurrection of Jesus Christ. 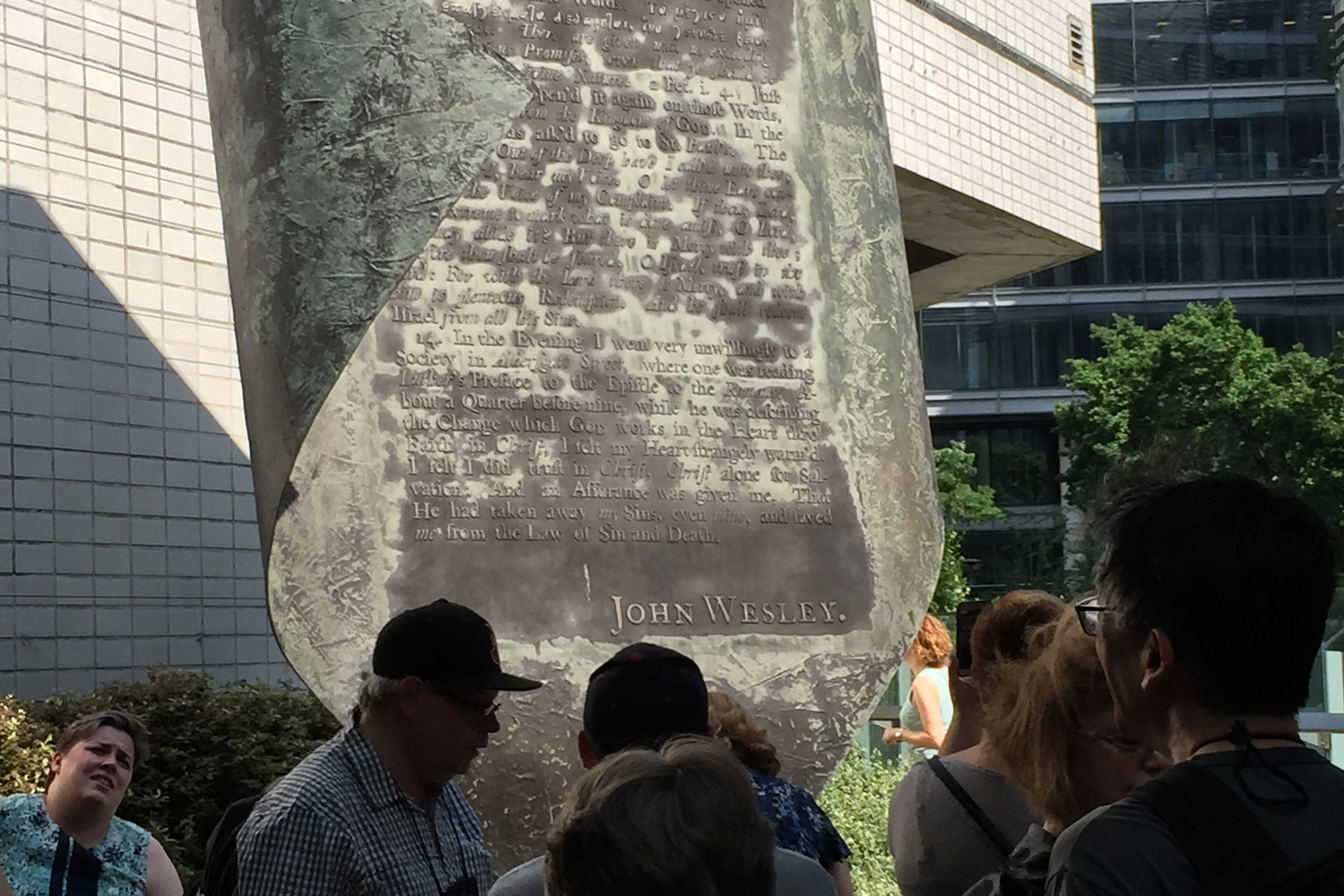 A monument on Aldersgate Street, London, remembers John Wesley's words, “He had taken away my sins, even mine, and saved me from the law of sin and death.” Photo by Joe Iovino, United Methodist Communications.

“Justifying faith implies, not only a divine evidence or conviction that ‘God was in Christ, reconciling the world unto himself,’” Wesley writes in another sermon, Justification by Faith, “but a sure trust and confidence that Christ died for ‘my’ sins, that he loved ‘me,’ and gave himself for ‘me.’ And at what time soever a sinner thus believes…God justifieth that ungodly one.”

Those familiar with Wesley’s recounting of his Aldersgate experience in his journal, may hear echoes of similar themes in this description of justifying faith.

In a pamphlet titled The Principles of a Methodist Farther Explained, Wesley likens this moment in our spiritual development to a door. At the moment of justification, we cross the threshold from unbelief to belief. This, however, is not of our own doing.

As Ephesians 2:8 reminds us, salvation is a gift offered to us by our gracious (i.e. grace-filled) God. We do not earn it. Not one of us is worthy of it. We simply receive it in faith.

Getting to the door and growing on the other side of it, are also by God's grace. We will look at these dimensions of grace in the coming weeks.

Read the rest of our series, The Wesleyan Concept of Grace.