United Methodist church members can take pride in the people and places that connect us across the globe. A few years ago, a virtual pilgrimage showed us Seven Sites every United Methodist should see. UMC.org readers followed up with their favorite Wesleyan wonders of the world. Pack your saddlebag. We now offer seven more spots that matter to all United Methodists. 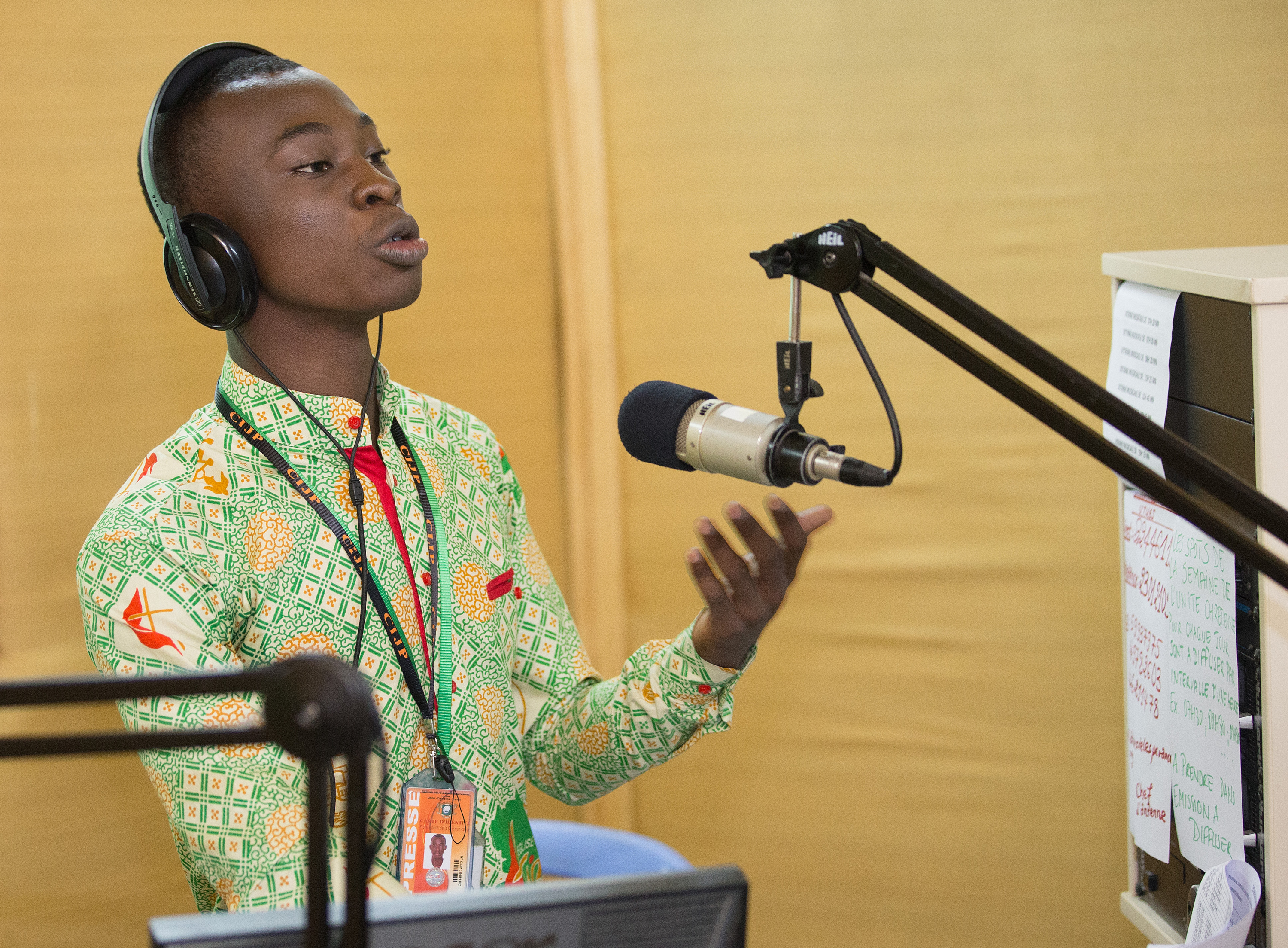 Using airwaves for outreach in Africa

The Voice of Hope Radio Station in Côte d'Ivoire transmits to more than 1 million people in 18 languages daily, reaching remote areas in the West African country. The goal is to promote and proclaim hope in Jesus Christ, but United Methodist radio goes beyond music and sermons. During the 2014 Ebola outbreak, radio was an important public health communication tool. Daily broadcasts cover environmental concerns, women's issues, legal help, and human rights education. "We are not exclusively United Methodist. We fulfill our social mission in the audio/visual environment," says Lydie Acquah, station director. Voice of Hope Radio transmits from the campus of the Côte d'Ivoire Conference offices in Abidjan. Voice of Hope Radio celebrated its five-year anniversary in 2015. 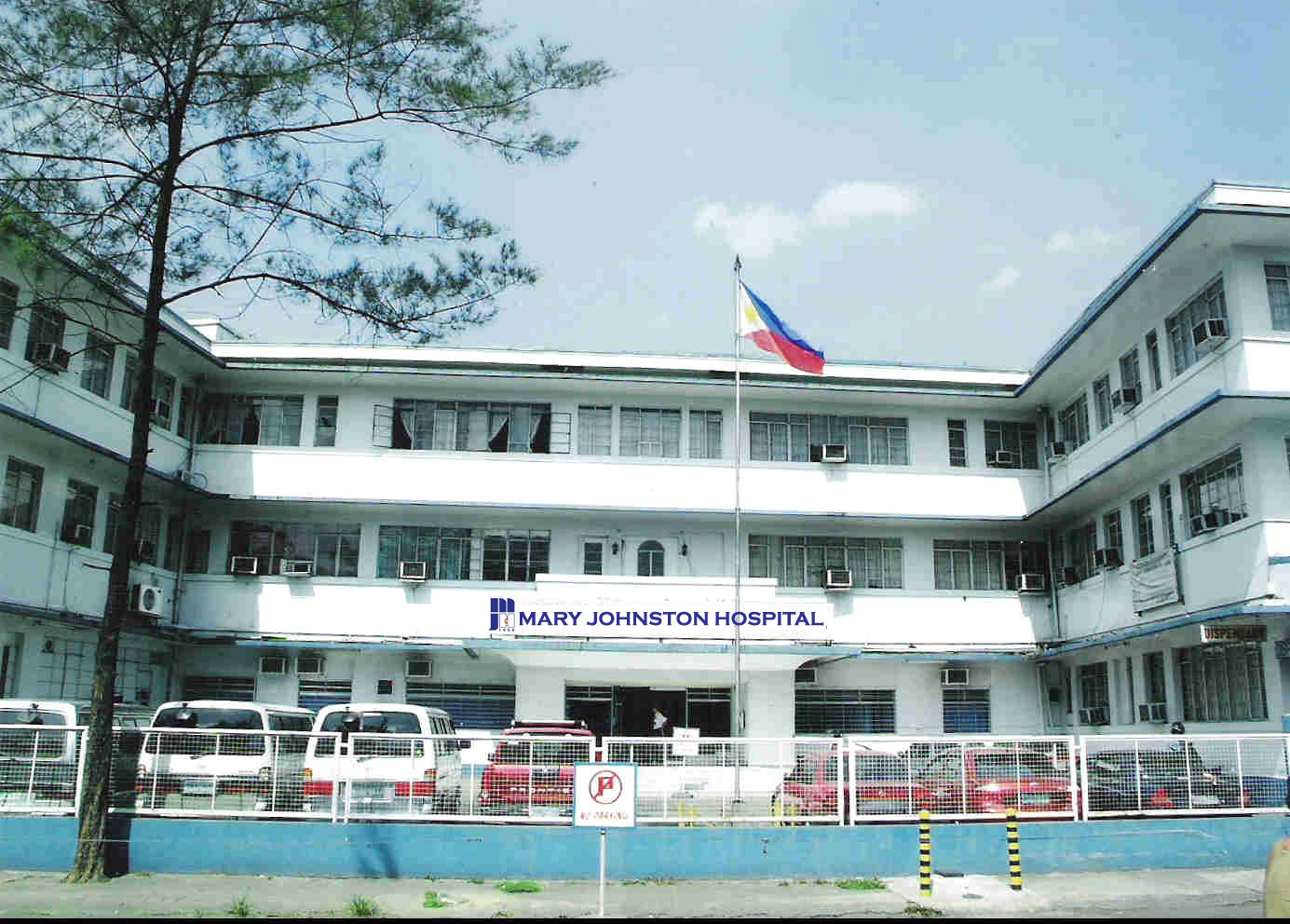 Health care and hope in the Philippines

Mary Johnston Hospital, a Heritage Landmark of The United Methodist Church, has been providing free and low-cost healthcare to residents in the impoverished Tondo neighborhood of Manila for over 100 years. Mary Johnston serves as a training hospital for doctors and nurses. Medical Director Myrna Velasquez says suggestions have been made to relocate Mary Johnston to a more affluent part of Manila where paying patients could supplement free care, but the only Methodist Church hospital in the Philippines remains committed to ministering to the poor.

The medical mission was established in 1906 when the Woman's Foreign Missionary Society appointed Dr. Rebecca Parish to help families living with malnutrition and sanitation problems. Daniel S.B. Johnston, a Methodist layman from St. Paul, Minnesota, donated $12,500 (U.S.) to purchase the land and construct the first hospital building in memory of his late missionary wife, Mary Johnston. 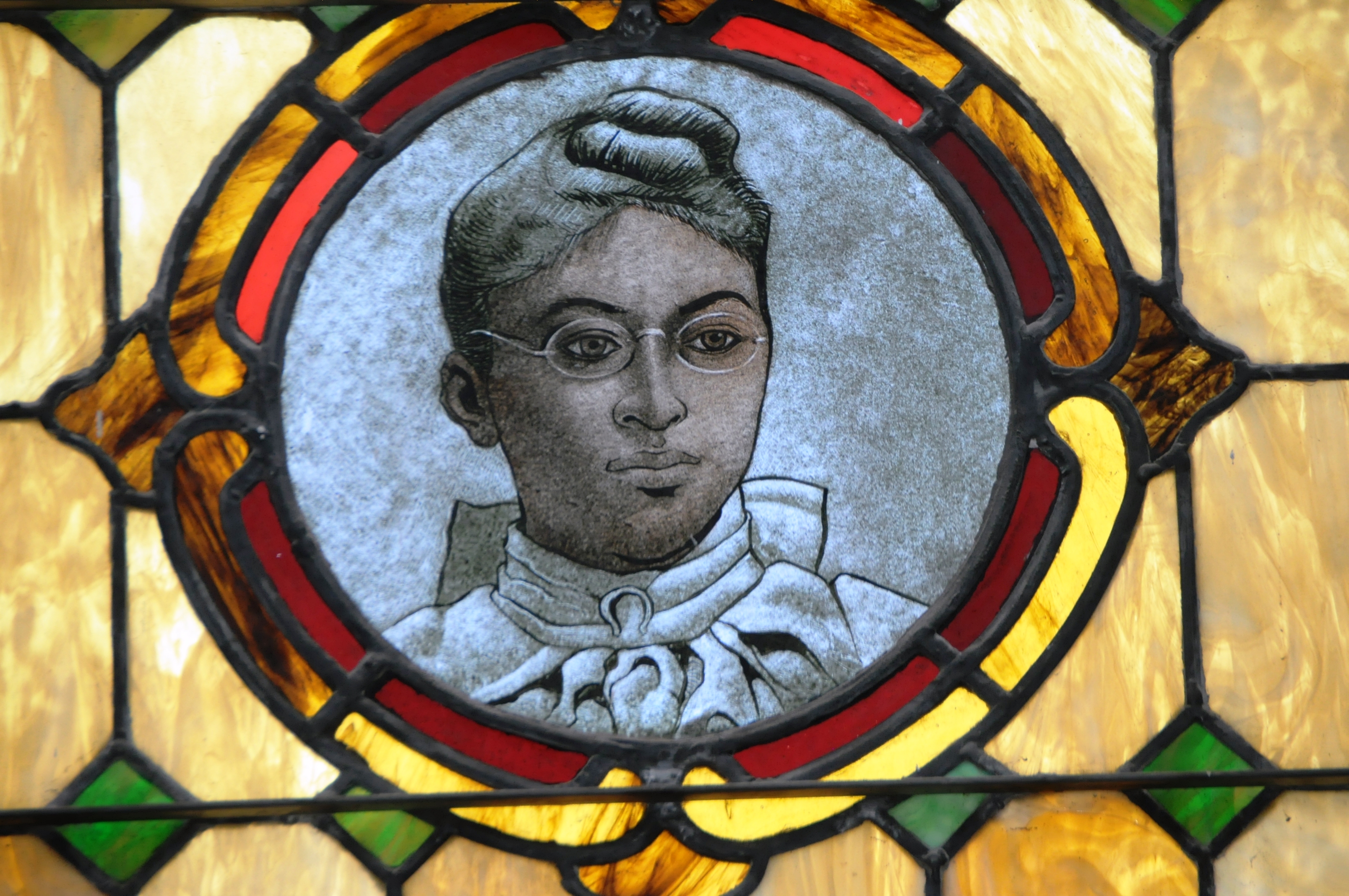 Mother African Zoar and Tindley Temple United Methodist Churches are located just a couple of miles apart in Philadelphia, Penn. Members of Zoar say their church is appropriately named since Mother Zoar's congregation has birthed five churches over the centuries, including Tindley Temple, and was a stop on the Underground Railroad. Tindley Temple is best known as the home church of the Rev. Charles Albert Tindley, one of the founding fathers of Gospel music, and for housing one of the largest Moller pipe organs in the United States. In the 1920s, Tindley grew the congregation to a megachurch with 10,000 members. Tindley's papers and personal artifacts are on display at the church today. 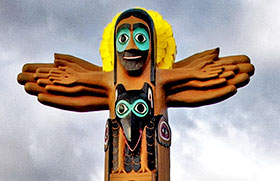 The Christmas and Easter Totem Poles at Saint John United Methodist Church in Anchorage are a sacred gift to the Native Alaskan people. The poles were crafted by the Rev. David K. Fison, a retired United Methodist pastor, to tell the Christmas and Easter stories in the Native Alaskan tradition. In the cedar carvings, Joseph holds a paddle to signify the trip from Nazareth to Bethlehem in a dugout canoe. Salmon and berries represent the bread and wine of the Last Supper. As an adopted member of the Killer Whale Clan of the Tsimshian people, Pastor Fison's tribal name is NADAAM NLOMSK, which means "Carver of Sacred Things." Visitors to Saint John United Methodist can view replicas of the Easter and Christmas totem poles outside the church. 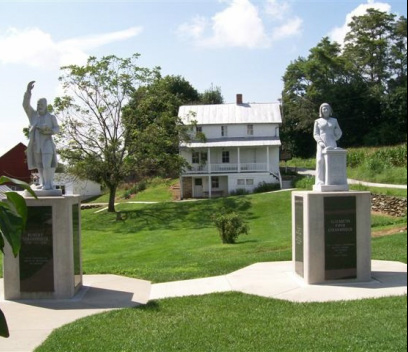 Statues of Robert and Elizabeth Strawbridge stand on the property known as "the First Home of American Methodism." Courtesy of Lovely Lane Museum.

There are no stained glass windows or notable architecture at The Strawbridge Shrine. But on this hallowed ground, the seeds of Methodism were planted in the New World. Robert and Elizabeth Strawbridge came to Maryland from Ireland about 1760. Robert would travel on horseback for long periods to preach and hold circuit meetings. Elizabeth cooked meals and led Bible studies for neighbors. One of these dinners led John Evans to become the very first convert to Methodism in America. The draw of Strawbridge is in learning the story of everyday people who started the Methodist church in America in their homes.The Strawbridge and Evans' homes and a recreation of the first log cabin meeting house are open for tours by appointment. 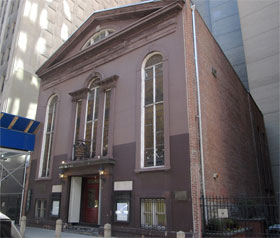 250-year-old John Street United Methodist was near 9/11 attacks in New York City. Image by Beyond My Ken, WikiMedia Commons

Oldest Methodist congregation in the U.S.

More than 250 years old, John Street United Methodist Church now stands among the skyscrapers and Wall Street landmarks in the heart of New York City's financial district. The congregation is believed to be the oldest Methodist congregation in North America, founded in 1766 as the Wesleyan Society in America. The current church building dates to 1841. Francis Asbury preached at John Street many times, and early General Conferences met here. Artifacts on site include the original pulpit, church record books, and a clock given by John Wesley in 1769. UMC.org reader Deborah says, "Not only is their worship space lovely, but they have a fine small museum of early Methodism in the basement. Surrounded by skyscrapers, and just a couple of blocks from the Twin Towers, it's a great place to worship when in Manhattan."

Lake Junaluska is the home of the World Methodist Council. The Conference and Retreat Center in the mountains near Asheville, North Carolina is a place known for its scenic vistas. For more than 100 years, this place of respite and inspiration has been a treasured retreat for clergy meetings, family vacations, and summer camps. Visitors can immerse themselves in history with a visit to the World Methodist Museum. On permanent display are a lock of John Wesley's hair and his traveling pulpit from London. Confirmation classes can study the faces of the founding fathers of Methodism in the portrait gallery and even measure themselves against a life-size mural of John Wesley preaching.

The Commission on Archives and History currently lists these Heritage Landmarks of The United Methodist Church. And we know there are many more places that have special meaning for church members. Send us an email if you have suggestions for future coverage.

This article was first posted in 2015.