A Christmas hymn favorite for many is “Joy to the World.” Across the decades, United Methodist congregations have enthusiastically joined in as, “heaven and nature sing.”

What you may not know, however, is that the words to this hymn, found in The United Methodist Hymnal alongside “Hark, the Herald Angels Sing” and “Away in a Manger,” isn’t about Christmas at all.

Lauded as the most published Christmas carol of the 20th century, the current rendition of the 300-year-old song comes to us from a popular 18th century hymn writer and a 19th century music teacher.

The lyrics to “Joy to the World,” first appeared in a book of poetry by English minister and writer Isaac Watts titled “The Psalms of David: Imitated in the language of the New Testament, and applied to the Christian state and worship,” published in 1719.

Each poem in the long-titled volume is based on a psalm. “Joy to the World” was inspired by Psalm 98, specifically verses 4-9, which scholars say allude to the Second Coming of Christ.

From poem to song

More than 100 years later, an American composer named Lowell Mason was responsible for turning a poem about Jesus coming to Earth, not as a baby, but for the Second Coming, into a Christmas musical classic.

Mason was a talented musician and teacher who had the distinction of being the first music teacher in an American school, a precedent that set the stage for introducing music curriculum into the U.S. public schools. He also composed more than 1,600 hymn tunes. And when he discovered Watts’ poem, “Joy to the World,” he set its words to music. 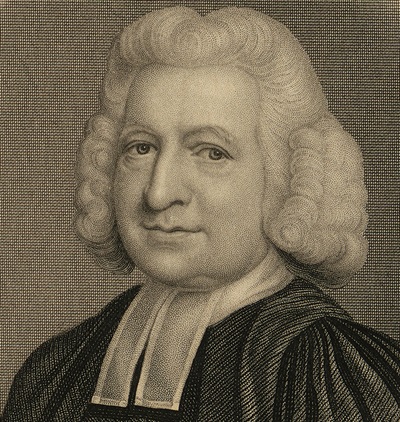 Isaac Watts is credited with writing the lyrics to more than 750 hymns, including the classics “Our God, Our Help in Ages Past” and “When I Survey the Wondrous Cross.” He also is said to have inspired Charles Wesley, according to historians. Wesley wrote more than 6,000 hymns during his life.

Mason was influenced by composers such as Handel, Haydn, Mozart and Beethoven, often using their works as the basis for his own compositions. Such is the case with “Joy to the World.” The familiar melody that we sing today is also known as “Antioch,” which Mason named for the choruses borrowed from Handel’s “Messiah” (“Lift Up Your Head” and “Comfort Ye”).

In 1839, Mason published, “The Modern Psalmist: A Collection of Church Music…,” a volume of hymns that included the version of “Joy to the World” we sing today. It is believed the “The Modern Psalmist” was published near Christmas, which jumpstarted the popularity of “Joy to the World” as a holiday favorite. It didn’t seem to matter to those singing the infectious, uplifting tune that the words weren’t about Jesus coming to earth as a baby.

No doubt, “Joy to the World’s” path to stardom was circuitous. Three centuries later, however, United Methodist churches continue to “repeat the sounding joy” each Christmas.

Crystal Caviness works for UMC.org at United Methodist Communications. Contact her by email. This story was published on December 4, 2020.