John Wesley, a historic founder of The United Methodist Church, is known for his caring for souls, but he was also passionate about keeping himself and others physically fit. Attendees of the Wesley Pilgrimage in England see evidence of his healthy habits while touring the home where he spent the final 12 winters of his life.

John Wesley's home at Wesley's Chapel in London is decorated in the way it may have looked when Wesley lived there. Items he owned and used are displayed alongside things that belonged to his hymn-writing brother Charles Wesley and period reproductions. 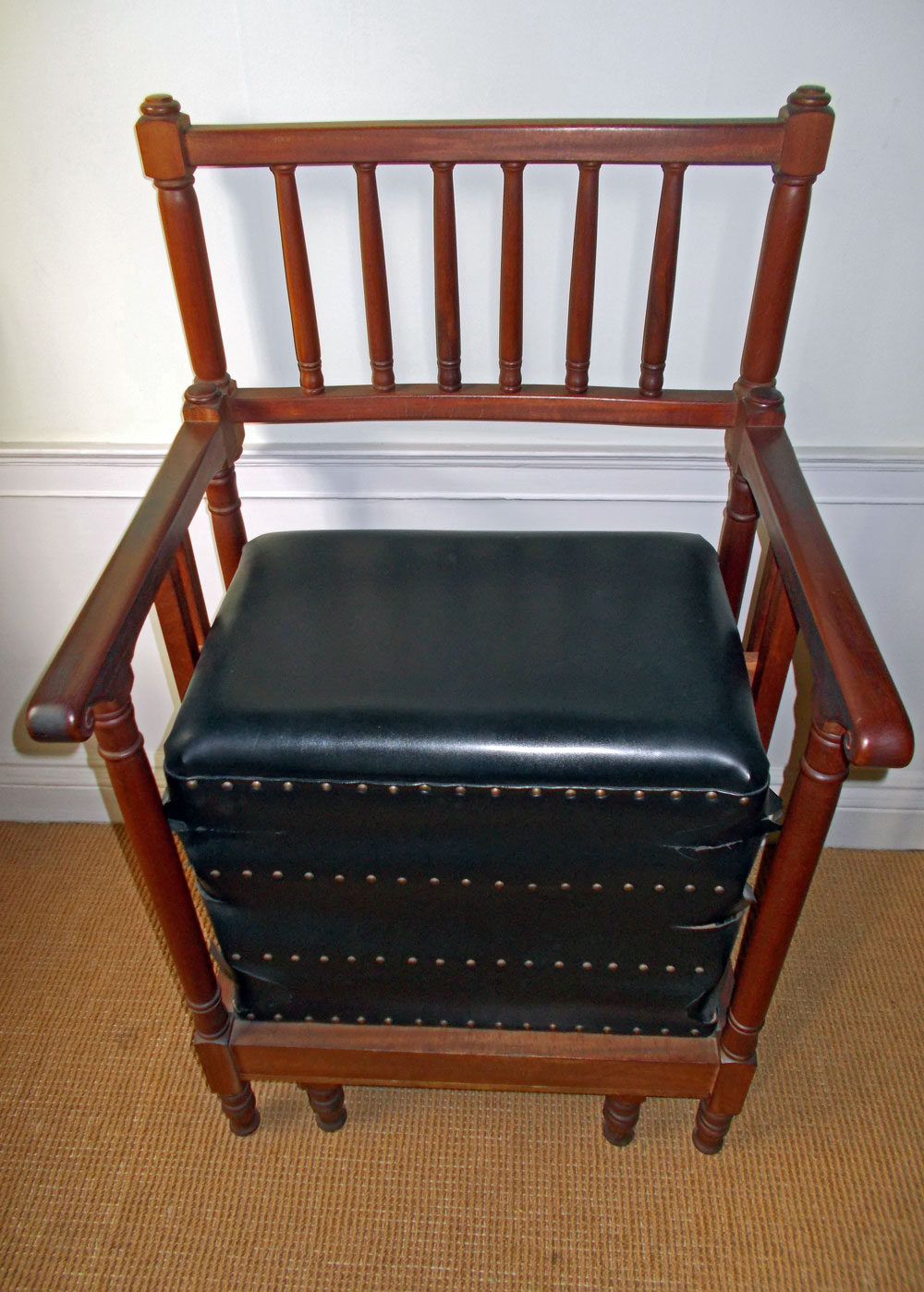 John Wesley kept a chamber horse in his dining room to keep him in shape for his grueling riding schedule. Photo courtesy of the Trustees of Wesley's Chapel, City Road, London.

In the dining room, an odd-looking chair caught my attention.

One of the docents, dressed in period costume, noticed me looking at this strange piece of furniture. Pressing down on the tall seat several times to demonstrate the spring action of the bellows hidden inside, she explained it was an "exercise chair."

I later learned that this "chair" was actually a reproduction chamber horse, a piece of exercise equipment from the 1700s. Sitting in the chair, one would bounce up and down, mimicking the activity of riding a horse, an 18th century equivalent of a stationary bike or treadmill.

While wintering in London, John Wesley used a chamber horse to help him stay in shape for his grueling riding schedule the rest of the year. Overseeing the Methodist movement, Wesley traveled long distances on horseback well into his 80s.

While the dining room may seem like an odd place for a piece of exercise equipment, historians are certain this is where Wesley kept it. He said so in a letter to his niece, Sarah Wesley, dated August 18, 1790, when Wesley was 87:

[Y]ou should be sure to take as much exercise every day as you can bear. I wish you would desire George Whitfield [a Methodist preacher] to send you the chamber-horse out of my dining-room, which you should use half an hour at least daily. 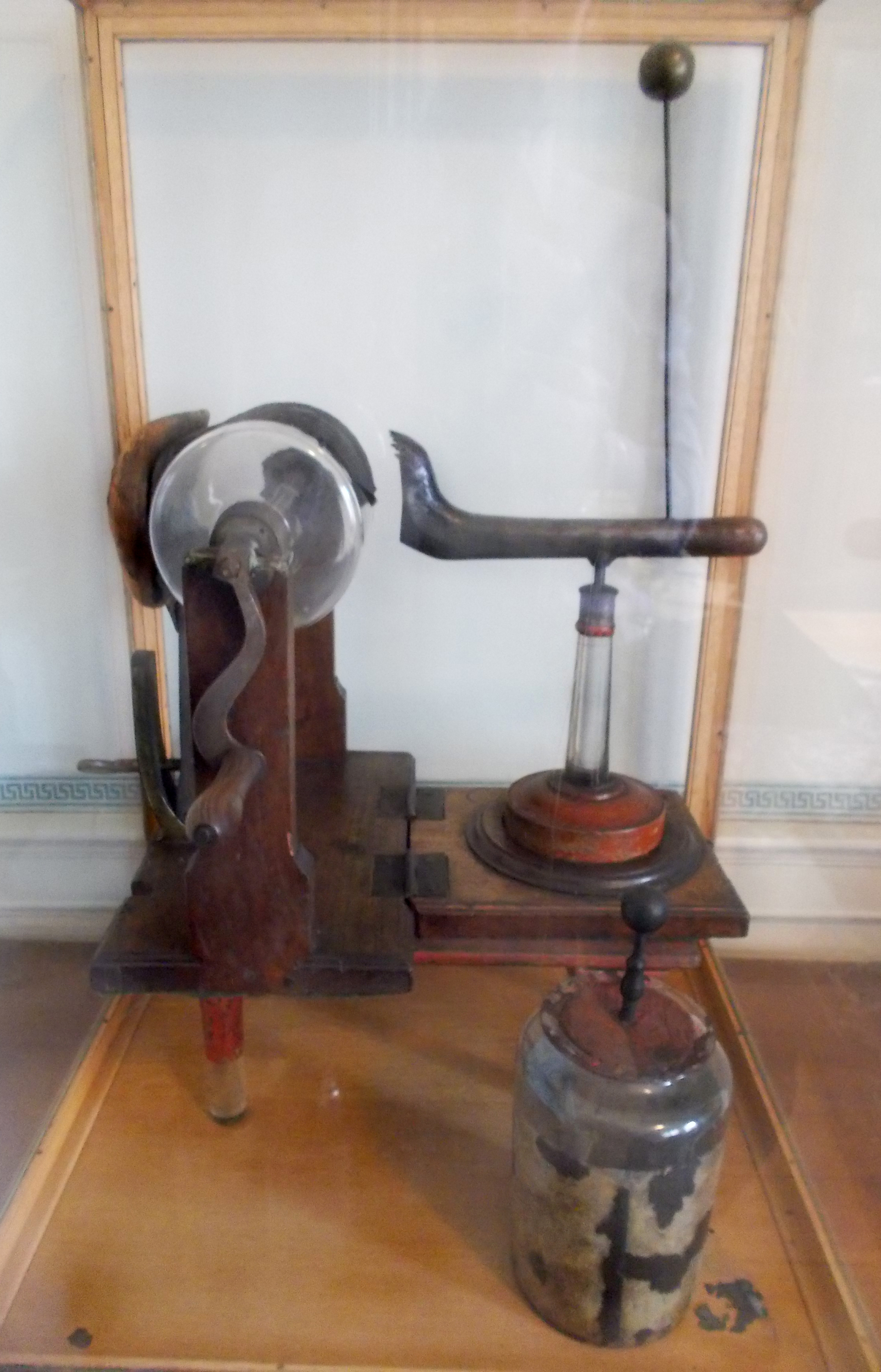 Wesley provided four electrical machines that were placed in locations throughout London for the public to use for "electrification treatment." Photo courtesy of the Trustees of Wesley's Chapel, City Road, London.

Caring for the body

Another object I could not identify is on display in Wesley's study. The mechanical looking device made of wood, glass and metal is an "electrical machine." Cranking the handle creates low-level electric current many believed had healing properties.

In his book, Primitive Physick, or, an Easy and Natural Method of Curing Most Diseases, Wesley lists more than 40 ailments for which he prescribes "electrifying." At worst, it couldn't hurt, Wesley writes, "unless the shock were immoderately strong."

Primitive Physick was Wesley's bestselling book during his lifetime. It included home remedies for other ailments like asthma, baldness (onions and honey), earaches, bee stings, kidney stones, vertigo, and much more.

Alongside these treatments, he offers tips on maintaining wellness through exercise, a healthy diet, and adequate sleep...the same things experts recommend to us today.

Caring for the body was an important part of Wesley's ministry. Under his leadership, Methodist preachers and meetinghouses were known as dispensers of remedies for illnesses, especially for those who could not afford to see a doctor. Primitive Physick was their primary reference.

Wesley understood that physical and spiritual health were connected. In a letter dated October 26, 1778, he offers this telling advice to his friend, Alexander Knox:

Alleck… it will be a double blessing if you give yourself up to the Great Physician, that He may heal soul and body together. And unquestionably this is His design. He wants to give you…both inward and outward health.

Wesley taught that God cares for the health of our minds and bodies as well as our souls. The United Methodist Church continues in that tradition today.

This story was first published on January 3, 2017.