Five ways to teach kids to be antiracist

An excerpt from "Get Your Spirit in Shape" podcast with Dr. Leah Gunning Francis

Dr. Leah Gunning Francis, author and seminary dean, often speaks about racial injustice. Although she is an educator and an author, it was becoming a mom that reframed the world for her. Now, she says, every aspect of life is viewed through the eyes of its impact on her two children, as well as all children. And this view, she says, informs her work for racial justice, including how to raise children who are antiracist.

In this excerpt from the Get Your Spirit in Shape podcast featuring Dr. Gunning Francis, the lifelong United Methodist shares five ways to teach kids to be antiracist.

Start at Day One

Dr. Gunning Francis: To help your kids understand what race is about, “we need to do that from day one. And people may say, ‘Well, how can an infant understand anything about race?’

“We now have information to know about human development and the development of our bodies and our minds and our spirits, and just how that happens over time. From a very young age, what are the sounds and the sights that you’re exposing to your infant child? When your child is a toddler, what are the things that you’re permitting her or him to touch and take into their world? What are the foods you’re allowing them to taste? What are the sights you’re allowing them to see? And then as they’re getting older and beginning to talk and speak, what are the languages you’re exposing them to? Are they only hearing English? If so, they might grow and think that only humans speak English when we know that’s not true.

“In like manner, who are the people you’re exposing your young children to? For a white child to only grow up seeing white people, white adults, white friends, white teachers, white pastors, white people in the grocery stores, white people on the ball fields, what kind of orientation to the world is that child having?”

Take a cue from Crayola

Dr. Gunning Francis: “People will say to me, ‘Oh, Dr. Francis, I don’t teach my children to see color.’ And my response is, ‘Well, what you don’t teach them to see is me or anybody else for that matter.’

“A part of what white privilege has done is to see white as a non-color and everybody else as having a color. The Crayola 64 box teaches us that white is indeed a color. And so even the notion that white is white and everything else is a color sets up this hierarchical thinking about who we are as human beings and as the human race, and what the hierarchy is.

“So with young children, as you’re talking, as you’re engaging as they’re playing, what is the world that you are feeding them? Is it a white-washed world or is it a world that celebrates the human diversity that is imbedded in it?” 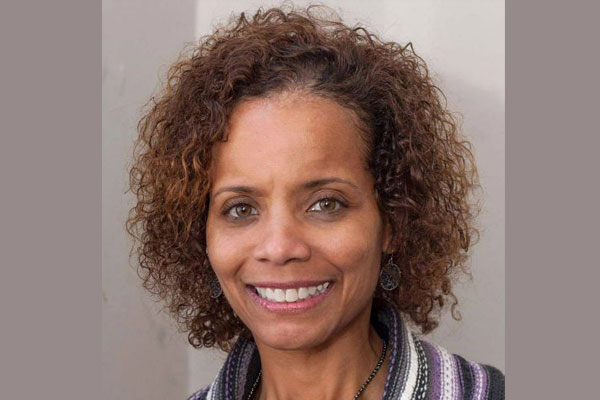 Push beyond your circle of comfort

Dr. Gunning Francis: “To be an antiracist individual is to be intentional in doing the kinds of things that are going to bring the rich diversity of the world into your child’s life. And not just bring it into their lives, but talk about what that means and why you’re doing that, and expose them to how you go about doing that.

“For example, people might say, ‘Oh, where we live there just are no black people anywhere nearby.’ And I would say, ‘Well, it might be true in your neighborhood, but I promise if you get in your car or you get on a train or a bus, within 5-10 miles you’ll encounter some black people.’

“So (being antiracist) really means you’re going to have to step outside your circle of comfort. You’re going to have to be willing to go into places and to connect with people that aren’t in your immediate sphere. So, if when you go to your children’s schools and 98 percent of the children are white, but you know there is a black population within the town in which you live, are you raising questions as to why (your child’s school is predominantly white?)”

Dr. Gunning Francis: “I think that the founders, that the Scripture, that history and reason and tradition and experience all give us grounding to be able to stand firm. We can not only say black lives matter, but we can be intentional within our congregations, within our faith communities. We can allow everything that we do to resist the racist tentacles that have permeated into every facet of our society and be willing to say, ‘you know what? We’re sorry. We know that these things have happened. We know that we have not stood up and spoke up and spoke out to say this is wrong.’

Dr. Gunning Francis: “And I also ask people, what’s at stake if you don’t do this work? What difference will it make if you don’t? We’re pretty sure that if we do not reconstruct our society for it to become more equitable and just for all people, …the disparities will continue to grow. The disparities in education, in wealth, in housing and employment. And all of these disparities only serve to further dehumanize people. And the more that we dehumanize other people, the more that we ultimately dehumanize ourselves.

There’s an African philosophy, Ubuntu, which means, 'I am because we are.' Scripture throughout really shows that kind of interconnectedness between us all, regardless if we look alike or if we live near each other or if we speak the same language. If we’re going to be faithful to the ‘imago dei’ (created in the image of God), and continue to permit the dehumanization of some people thinking that it’s not going to impact all of us, we’re sadly, sadly mistaken. The dehumanizing of some ultimately is the dehumanizing of us all because we are all God’s creation.”

The UMC.org contact is Joe Iovino, who can be reached by email.