Jorge Saiete, who grew up on the United Methodist Cambine Mission Station in the southern part of Mozambique, is working to complete a Master of Public Education degree with the help of a World Communion Scholarship from Global Ministries. This is a small miracle, since, at the age of eight, he had to take up fishing to support his mother and six siblings.

Saiete explains: “I was born in 1980 during the civil war that lasted 16 years. When I was two years old, my father was killed, and the fighting destroyed all my family belongings, including house, cattle and farming areas. My early years of life were very difficult. My mom, who had to take care of her seven children alone, faced many challenges to feed and provide shelter, clothes and school fees. The war subjected my family to extreme poverty.” 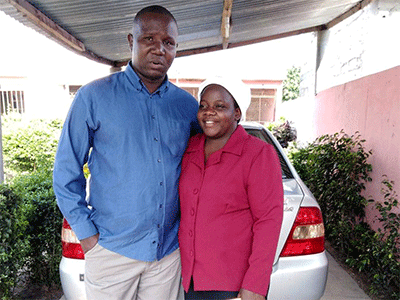 But poverty and bitterness could not overcome the light in Saiete’s life. With hard work and determination and help from his church in Cambine, he made it through primary and secondary school and went on to college. Instead of dwelling on his losses, he determined to study the causes and events of the civil war and work in his professional life to prevent such a destructive course of action from happening again.

“I believe that one of the root causes of the civil war in Mozambique, and in other African countries, is poor governance, which includes corruption, exclusion, lack of transparency and the absence of an effective systems of checks and balances,” Saiete said. “By pursuing this degree, I believe that I will acquire useful tools that I can use in promoting good governance, which is critical for peacebuilding in Mozambique.”

World Communion Scholars (formerly known as Crusade Scholars) have gained knowledge and experience through educational opportunities since 1945, when Frances-Helen Foley (Guest) became the first scholar after a deadly war experience similar to Saiete’s. She was a missionary child in the Philippines where her father and mother served. They and other missionary families were rounded up under Japanese occupation during World War II and forced to live in a concentration camp for three years. Frances-Helen’s family also lost much in the war, including her father.

They endured many hardships, barely had enough food, and were liberated by U.S. troops, but had nothing to take home with them except their faith. But the larger Methodist community provided the support for Frances-Helen Foley to go to college. She eventually became a pastor and a peacemaker too. 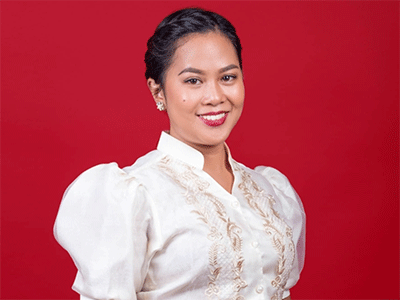 “My family is not perfect, but I am thankful to my parents for bringing me to church when I was a child,” she said. “It had a great impact on my personality and faith. Even if we struggled financially. God has been gracious to us by providing everything we need.”

Sanchez-Maddela’s scholarship is helping her to earn a doctorate in clinical psychology. “I have seen the lack of mental health professionals in our province. There is an increasing number of people who are experiencing mental health issues, but psychological services are not accessible. At the same time, when I was a youth leader, I saw the need for mental health ministry for young people because a lot of them are struggling with depression, anxiety and trauma. I believe this is why God called me to this profession.”

The United Methodist Church needs clergy and lay people with different skills and expertise to increase its reach and service to communities across the world. World Communion Sunday allows the broader community of United Methodists to support dedicated leaders as they gain the knowledge they need to further their careers in ways that nourish the communion of believers. Last year, Global Ministries approved 50 scholarships for a total of $381,092.00.

Today, Saiete works for JustaPaz, a peacebuilding national NGO in Mozambique. He researches the causes of political and economic conflicts in the country. He also trains government officials and political and civic leaders on conflict transformation and promotes a permanent workshop on interfaith dialogue among Christians and Muslims.

Communion is a vital sacrament of the Christian faith. World Communion Sunday is celebrated in many different languages, but the communion elements represent the same Christ at each table. Extend the communion table this year by assisting others who work to meet their full potential and fulfil God’s purpose in their lives by supporting the offering that day as well.