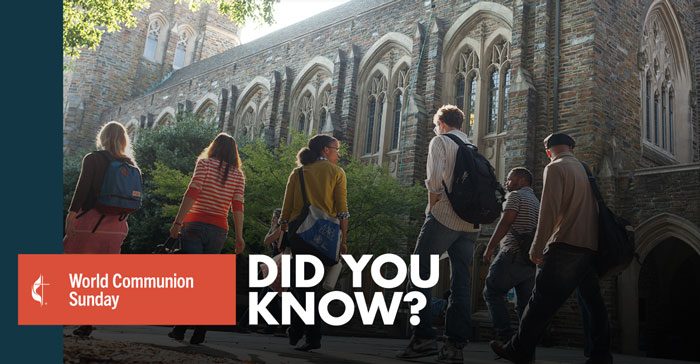 The United Methodist Church allocates part of the World Communion Sunday offerings to General Board of Higher Education and Ministry (GBHEM) for ethnic leadership development. As leaders reflect the people that they serve, GBHEM is committed to ensuring that ethnically diverse leaders are developed and uses these funds to award Ethnic-in-Service Training Grants. These grants are awarded and given to programs designed to bolster recruitment, training and retention of ethnic persons for leadership positions at every level of the church and its ministry.