Did you know UMCOR is devoted to the alleviation of human suffering without regard to race, religion, origin or gender? 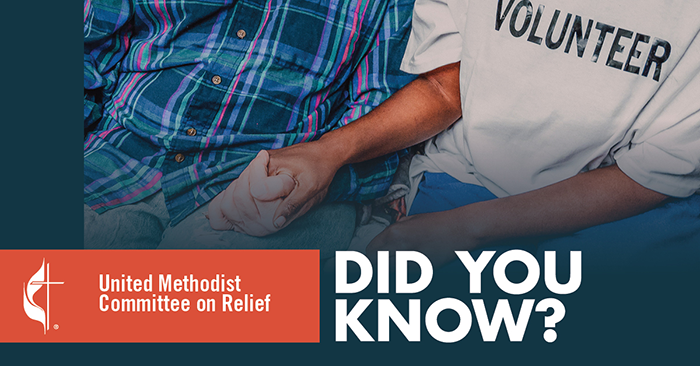 UMCOR is devoted to the alleviation of human suffering without regard to race, religion, origin or gender?

UMCOR, alongside partners in more than 30 countries, touched 425,045 lives through disaster response, humanitarian relief, sustainable development and migration programs. This would not be possible without the generosity of those who give to UMCOR.

In response to the devastating global effects of World War II, the 1940 United Methodist Church's General Conference established a relief agency called United Methodist Committee on Relief (UMCOR).  This agency was created to respond to the needs of human anguish by working globally to alleviate suffering and advance hope and healing. UMCOR is organized into programmatic areas focused on U.S and international response and recovery, sustainable development, global health and migration. Each area is founded on the belief that positive sustainable change is best done alongside and in support of communities.  Your generosity on UMCOR Sunday underwrites the “costs of doing business,” allowing UMCOR to keep the promise that 100% of any gift to a specific UMCOR project will go toward that project, not administrative costs. The work of UMCOR is managed through the General Board of Global Ministries.