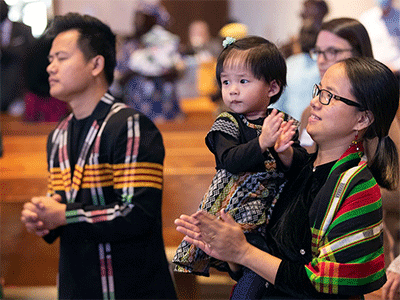 Nadi Nadi (left) and July Ling join in worship with their daughter,
Eunice, 2, during a Festival of Nations celebration of World
Communion Sunday at Hillcrest United Methodist Church in
Nashville, Tenn. The family is part of the El Shaddai congregation
that worships in Nepali. Photo by Mike DuBose, UM News. 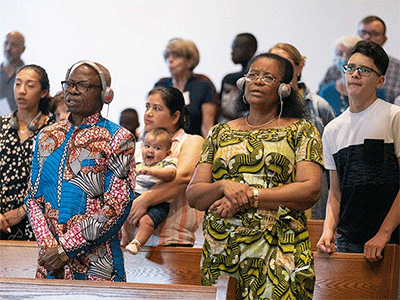 “Each one of these ministries is doing amazing work and is really allowing all of us to be part of something greater than what we could do individually,” said the Rev. David Ssebulime, lead pastor of Hillcrest United Methodist Church. “We have not yet seen or even imagined what is possible when we unite God’s people. … We believe that God has brought us together under the same roof for a greater purpose.” 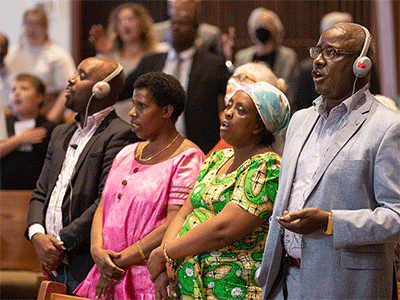 Members of the MARIM congregation worship in the Kinyarwanda
language, spoken in Rwanda, eastern Congo and adjacent parts
of southern Uganda during World Communion Sunday at
Hillcrest United Methodist Church.

The groups are now better connected through the shared experiences of the day, which included a worship service, a time of learning about each other, a meal comprising dishes from multiple cultures, and an opportunity for fellowship. 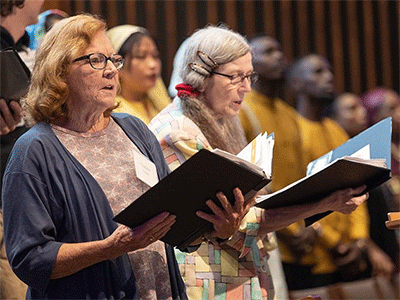 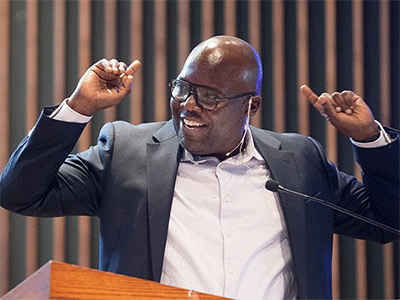 The congregations plan to continue supporting each other and strengthening their ministry partnerships. Each pastor expressed the same belief: God’s love unites us.