Assembly shines light on the role of Women in the denomination

Orthodox women at the World Council of Churches (WCC) Inter-Orthodox Pre-Assembly in May shared their continued journey in bringing their gifts to churches and to the world, and how to share their thoughts at the WCC 11th Assembly.

In line with the Pilgrimage of Justice and Peace, the Orthodox women reported on three dimensions: Celebrating the Gifts, Visiting the Wounds, and Transforming the Injustices. 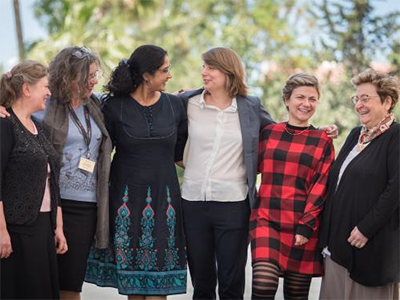 Women in attendance at the Inter-Orthodox Pre-Assembly Consultation to the World Council of Churches 11th Assembly. Photo: Albin Hillert/WCC.

In the report, they rejoice in “women’s gifts being released into the life of the church and the world,” mourn “every instance of domestic violence and sexual abuse, both inside and outside Orthodox communities,” and suggest future actions to address their concerns.

“Given the experience of several Orthodox communities with persecution, displacement, and diaspora, let us seek to become unequivocal in our love and welcome of the stranger, and be profoundly oriented to the trauma and vulnerabilities of others,” reads the report. “We ask for prayers for unity amongst churches and peace between all neighbors.”

The report of the Inter-Orthodox Pre-Assembly in Cyprus noted that the pre-assembly received with appreciation the Report of the Eastern Orthodox and Oriental Orthodox Women’s Consultation. “The meeting served as a platform to celebrate and learn from the innovative work and diaconal ministries of women in their unequivocal love for the stranger, the compassion and care of the refugee, the counseling and healing of the traumatized – all for the glory of God,” noted the Inter-Orthodox Pre-Assembly report.