A nudge from God saves a mother

It’s one thing to be a cheerful giver. It’s quite another to offer one of your kidneys to someone you’ve never met.

Over the years, Kayla Hogan has dreamed of being a nurse, teacher or cardiac sonographer.

None of those dreams have come true yet. But she does have an amazing accomplishment.

Hogan, 25, is alive. She can care for her children Kian, 9, and 5-year-old Kaisley. That’s never been a given.

“You do what you got to do, especially for the kiddos,” Hogan said in a joint interview with her benefactor outside Antioch United Methodist Church in Nashville. Melissa Shaneyfelt, 53, a member the congregation, donated one of her kidneys to Hogan, probably saving her life.

Hogan has had bad kidneys since she was a toddler. At one point before the transplant in June of 2019, she was working each day at Captain D’s, undergoing painful dialysis every night before getting up early the next morning to get her children ready for school. Then she would do it again.

Shaneyfelt and Hogan met through a mutual acquaintance. Kathy Buchanan, a friend of Shaneyfelt since attending Antioch High School who used to babysit Hogan, posted on Facebook about Hogan’s need of a kidney.

“I just shared it to my page, not knowing that Melissa was going to see it and pick it up and do what she did,” said Buchanan, who runs a daycare business in Nashville. 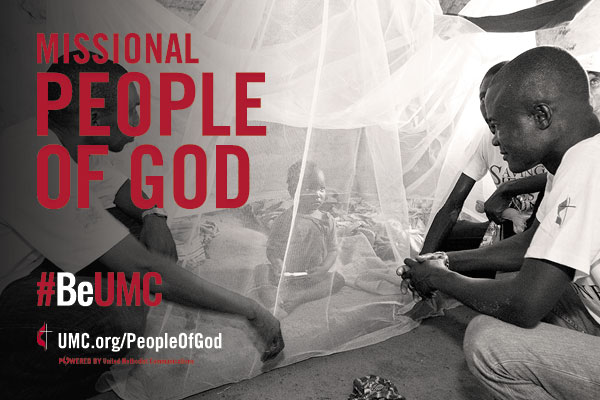 What does it mean to you to be United Methodist? To #BeUMC?

Share your stories on social media and be sure to include the hashtag #BeUMC. Let's tell the world how God uses the people of The United Methodist Church to make a difference in the lives of people across the globe.

Show us what makes you proud to #BeUMC.

Shaneyfelt saw the post in December 2018 and contacted Hogan. After six months of tests, the operation happened on June 18.

Hogan’s health saga started at “around 3 or 4,” when she was hospitalized for kidney failure. She doesn’t know what caused it. After a month or so of dialysis, her kidney function improved enough that she didn’t have to do that anymore.

“They got a lot better, but they were still damaged,” she said. “Throughout my life, I kept up with the nephrologist.”

After giving birth to her daughter in 2016, Hogan went to her doctor to get a doctor’s note for work because she called in sick when she felt tired and nauseous. She found out she had stage three kidney disease, meaning mild to severe loss of kidney function. Stage five is kidney failure or close to it.

When the doctor contacted her, Hogan was told to head directly to the emergency room. She was put back on dialysis.

She continued working at Captain D’s through the pain.

“I was only on dialysis for six months,” she said. “I was really lucky. There are people who are on dialysis for years. I couldn't imagine that. Dialysis was not good for me. It was painful for me.”

A divine nudge to act

It turned out Shaneyfelt and Hogan had the same blood type.

“In my mind, it's always been like if I know someone that needed one and I'm a match, I would do it,” Shaneyfelt said. “But for a total stranger, that wasn't on my radar at all. So I don't know what spoke to me. I'm sure it was God, you know, giving me a little nudge.”

Shaneyfelt and her husband Truman consulted with the pastor of Antioch United Methodist Church about the idea of donating her kidney.

“They wanted my perspective,” said the Rev. James Cole. “And I basically said, if you are going to be okay health-wise, then I think it's a beautiful and noble thing to do. It could be a witness and example to others that might have the wherewithal to do that, as well.”

The suffering wasn’t over for Hogan after the successful surgery. Although her throat was dry, she kept falling asleep before she could drink water because of the pain medicine. The pain was “horrible,” she said.

Eventually, Hogan recovered and returned to work. But she is still off-balance from the trauma, plus another health issue, a thickening of her heart tissue that can impede her circulation.

Once again, doctors say she has to wait and see what happens down the line. But life goes on.

Shaneyfelt throws a party each year on their “kidney-versary,” and sends inspirational messages to Hogan each day.

“Not necessarily to give up a kidney, but to practice loving kindness and sacrificial self-giving,” he said.