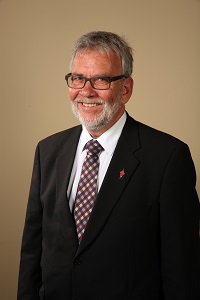 Øyvind for the past six years has been a district superintendent in Norway and also Dean of the Cabinet.  He was born in Stavanger, Norway.  He has served local churches for several decades and has been a Superintendent prior to his present appointment.  He was elected to the Central and General conferences and was one of the editors of the adapted Book of Discipline for his Central Conference.  He was a delegate to the World Methodist Council and has worked with the UMC in Liberia, Zimbabwe, and Angola.  He is a trained mentor and is working in this capacity with several denominations.  He is married to Tove and has three children and five grandchildren.