Witness from the Borderlands

From the mountains above El Paso, Texas, it is nearly impossible to discern that the sprawling metroplex laid out below is actually two cities in two different countries.

Without maps pinpointing certain points of reference, the border separating El Paso, in the United States, from Ciudad Juarez, in Mexico, is nearly invisible. As I looked out at the city from the heights on a hot July day, I could not discern exactly which city I was peering into, nor whether I was looking upon “my” country or “their” country — ”my” home, or “their” home. I knew the border was there, I just couldn't get a sense of what the boundaries were.

The view from the little window on my departing flight didn’t offer a clearer perspective. I could only see city: no telling if the neighborhoods below the plane wing belonged to the U.S. or to Mexico. Nor could I tell if the little people moving around in their matchbox cars were Americans, Mexicans, Hondurans or Guatemalans.

I wonder if God experiences that kind of confusion looking down on the whole of humanity: “Is that child American? Is that one Guatemalan?” I actually wonder if God really cares about this confusion.

Drawn closer to the ground in El Paso, however, I witnessed there are very clear boundaries. In closer proximity, I could feel the boundaries. But I still sensed a lot of confusion about who belongs on which side of these boundaries. The boundaries exist around immigration detention centers and the border. And the confusion results in defining who gets to cross those boundaries: who is in and who is out… who is “us” and who is “them”.

According to Repairers of the Breach, about 17,000 people are waiting at the US-Mexico border for admittance to the United States on the grounds of asylum. Most of the asylum-seekers fled their homes due to violent and hostile conditions. They became migrants in search of a peaceful existence. 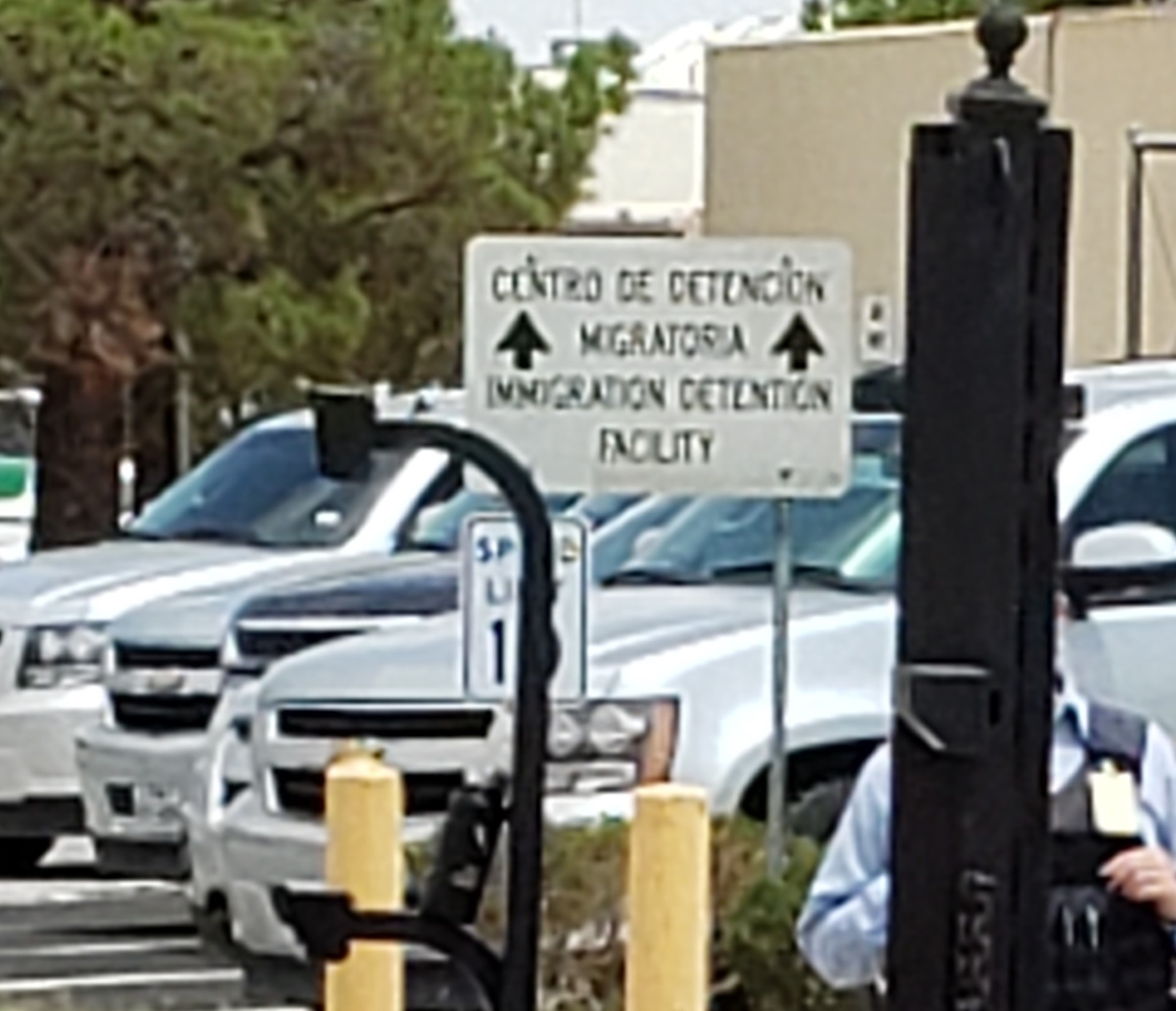 While I was in El Paso, I heard from two Guatemalan brothers who, rather than be pressed into a gang, fled through Mexico towards the U.S. They were held in a U.S. detention center for two months. Their experience in the center echoed several other accounts: they said they were often fed only one microwave burrito a day while being allowed limited access to bathrooms and basic hygiene supplies. While it is not a crime to seek asylum, asylum-seekers still face these punitive conditions while being held in detention.

Many asylum-seekers, however, may consider detention camps a step up from their current conditions. The U.S. has recently implemented the “Remain in Mexico” policy. Instead of being taken to detention camps, asylum-seekers are made to wait in Mexico until they are processed and given a hearing in U.S. immigration court. In El Paso, that means waiting for months in Juarez, where many migrants fear facing the same circumstances of violence, kidnapping and sex trafficking that inspired them to flee their homes in the first place.

Additionally, asylum-seekers may face another hurdle in receiving welcome. A new U.S. policy regarding asylum will require seekers to apply for asylum in another country first. Essentially, the policy passes from U.S. officials to Mexican officials the burden of sorting out who may and may not proceed across boundaries.

The sacred texts of the Abrahamic faiths (Judaism, Christianity and Islam) offer very clear instructions about how the faithful should treat the migrants and refugees in their midst. A few examples to consider:

Noting these texts and our common calling, an imam called a pastor who called a rabbi. Imam Omar Suleiman asked Rev. Dr. William Barber if he could enlist Repairers of the Breach and the Moral Monday campaign in drawing some attention to the ways these directives are being neglected at the border. Rev. Barber responded by also enlisting other faith leaders, including Rabbi Rick Jacobs, President of the Union for Reform Judaism. Under the leadership of the Border Network, they put together a time of focus and intervention in El Paso from July 28-29, 2019 — which is what drew me to El Paso.

As people of faith, our shared commission, as outlined in these texts (and several others), is to extend care to the migrant and the refugee — even seeking to treat them as one of our own. The texts blur the lines between who is “us” and who is “them.” Several times during our time in El Paso, I heard a quote from Salvadoran priest Oscar Romero communicating the essence of these texts: “Each one of you is us.”

Our goal in visiting El Paso can be summed in another Oscar Romero quote: “Each one of you has to be God’s microphone.” We hoped to amplify a message of care and concern so that it could be felt and heard across boundaries. At the same time, we hoped to send a message to people of faith across the U.S., one that draws attention to the conditions of suspicion and inhospitality that exist at our border. As Rev. Barber put it, “I can’t believe that if the American people see what we have seen first-hand, then there wouldn’t be massive outrage.”

In making this a multi-faith, multi-ethnic activity, the message was clear: there is no “us” and “them.” We seek to be of one mind in extending care to one another. When one hurts, we all hurt--and it pains us that so many are being detained in unhealthy conditions or facing decisions regarding which situations of violence might be more tolerable.

So on the morning of July 29, we marched, en masse, to the  U.S. Immigration and Custom Enforcement processing center in El Paso — a center housing a detention camp. At the gate of the center, we asked for permission to enter and extend pastoral care to the detained. Recognizing that those detaining the migrants also feel unease in their souls, we asked if we might enter to pray and speak with them as well. We were not allowed entry, and left a little dejected, but still hopeful that our amplified message continues to resound.

The quiet way we left the detention facility contrasted starkly against the mood in which we opened our time together the night before. As we gathered together for the first time, we sang and clapped. We held hands and hugged. There is joy in being together — we find our greatest joy in community. We hope that by exposing the pain we feel when we keep ourselves separated from one another we will bring about a greater joy in erasing our contrived boundaries that keep us in separation.

In the views above El Paso, the border is a minor thing. From a god-like perch, it’s barely visible. It only becomes a big obstacle at close range. That’s also where the border becomes most human. That is where we see first-hand the real humans affected by punitive, dehumanizing policies.

Most of us live hundreds, even thousands, of miles from the border. The border is easily lost to our consciousness from this distance. But the pain there is very real. Harm is being done. The parting promise from the organizers of the El Paso action is to come back — and to keep coming back in order to continue acting as microphones for our shared concern for the refugee and immigrant — so that they may not become invisible.

Our souls are uneasy. No one is at peace while others are held in suffering. Our peace will be established when we realize that in suffering, there is no “us” and “them” as well. Each one of “them” is us.