Why those who are forgiven should be forgiving

"Everyone says forgiveness is a lovely idea, until they have something to forgive," C. S. Lewis writes in Mere Christianity. In Christ, we receive forgiveness of our sins. Yet when someone hurts us, we find the process of forgiving others, difficult and painful. 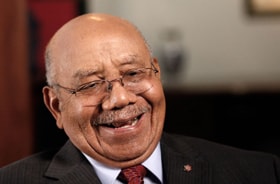 "Forgiveness is the means by which we open our hearts and lives to those who might have wronged us or demeaned us and find a way to say, 'You are forgiven,'" retired United Methodist Bishop Melvin Talbert shares.

Talbert spent three days in a jail cell with the Rev. Martin Luther King Jr. in 1960. They were arrested during an Atlanta sit-in, a peaceful demonstration used during the United States Civil Rights Movement to protest the practice of racial segregation.

The Rev. Charles Brower, the first and only Alaska Native serving as a United Methodist pastor in Alaska, offers a similar definition of forgiveness from a Native Alaskan language.

"The Inupiat dialect I am most familiar with (Barrow – North Slope Alaska) uses another word— suliqutiginaigun — as our word for forgiveness. Literal translation," he continues,"not having anything to do with (it/instance) ever again."

In this understanding, forgiveness is the ability to put the harm aside to work toward the restoration of the relationship.

This is a lovely idea that in practice can be quite difficult.

"When we start searching for forgiveness and healing, it is never an easy or clean process," the Rev. Glen Chebon Kernell Jr. acknowledges. Chebon, a member of the Seminole Nation of Oklahoma, serves as the executive secretary of Native American and Indigenous Ministries, Justice and Relationships, with Global Ministries of The United Methodist Church. One of his roles is to assist annual conferences follow up on the Act of Repentance worship service held at the 2012 General Conference.

"It is messy. It is emotional. It is something that we want to turn our backs towards because of that."

For healing to occur, however, we must move toward the hurt. 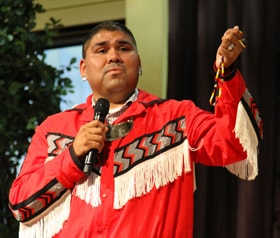 The Rev. Glen Chebon Kernell Jr. teaches that repentance is about facing the harm that has been done. File photo by Ginny Underwood, United Methodist Communications.

Moving toward the hurt

Wellness comes by working through the hurt, not running from it.

As Chebon began his work with Native and non-Native communities following the 2012 General Conference, he wanted us all to become more aware of the hurts. Rather than moving toward "forgive and forget," he wanted us to remember.

"The roots of the term repentance come from the Greek word metanoia. What that means is coming to a greater awareness." Many of us, Chebon acknowledges, have heard "the definition of turn around and go a different way, but really if you look at the roots of it," he continues, "there's more to it than that. It is coming to a higher knowledge and even existing in that sense of higher knowledge."

It is only through acknowledging the hurt that a process of restoration can begin. This is true in our personal lives as well.

Talbert agrees. "We want to try to work out a relationship with those who are doing [harm to us], but there are times when you just don't have time to do that. So, you have to get on and realize that there are a lot of other people who are open, and you work with them."

Sometimes hurts cannot be undone. Some relationships should not be restored. We can continue, however, to practice suliqutiginaigun. 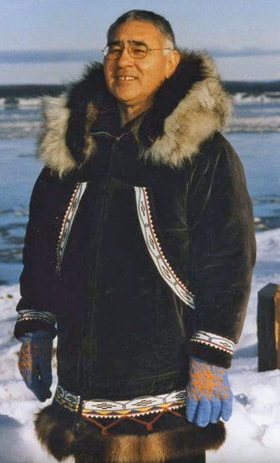 Pastor Charles Brower teaches a word for forgiveness from the Inupiat dialect that means, "having nothing to do with it anymore." Video image from United Methodist Communications.

In Alaska, Brower serves through the United Methodist-sponsored Nome Community Center (NCC) whose purpose is "preservation of family and culture, education, and support for the people of Nome and the Bering Strait."

"Within NCC is our Social Justice task force addressing racial and ethnic disparities," Brower explains. "Forgiveness is a must in addressing long term corrections to social justice issues."

Talbert, who in retirement continues to be a voice advocating equality for all people, puts it succinctly, "Either we are going to learn to live together in peace, or we'll die as fools." As he learned from Rev. King, "hate begets hate, but love begets love."

Chebon shares the same vision. "I think everyone wants to come to a day and age when we are living in the full wellness of Creation, when we have nothing to worry about, when we can forgive for all that has happened." Sometimes, though, people continue to harm us.

While we would like every broken relationship restored and all hurts healed, not everyone is receptive or willing to work through it with us. The Bible says it this way, "If possible, to the best of your ability, live at peace with all people" (Romans 12:18 CEB).

Even when the relationship will not be saved, we can still forgive, move to a higher awareness, choose not to have anything to do with the hurt any more within ourselves.

The Gospel of Matthew tells a story about a time when Peter asked Jesus how many times he should forgive someone who hurt him. "As many as seven times?" Peter wondered.

Jesus' answer, depending how you parse the Greek, is either 77 times or 70 times 7. Either way, it is exponentially more than Peter thought. In a lesser-known version of this story recorded in Luke 17, Jesus says 7 times a day.

Clearly, a precise number was not Jesus' concern. Instead, he calls us to forgive far more than we are naturally comfortable doing.

"Martin Luther King reminded us that whether we like it or not," Talbert remembers, "we are all sisters and brothers because we are human beings created in the image of God.

"Whatever decision I make, it must be motivated by love," the bishop continues. "For me forgiveness is at the center of that. No matter what people have done, they're still children of God."