When church feels like the right thing to do

On June 6, 2021, my family and I went back to church for the first time since March 8, 2020. That made it almost exactly 15 months since I stepped foot inside of a church—65 Sundays that I occupied my time with something other than the thing I did each Sunday since I was born.

As the minister preached about how she had been dreaming about this day since the COVID-19 pandemic began, tears streamed down the faces of those who were sitting in the pews—pews they had missed the feel and smell of but were intimately familiar with the moment they sat down. Congregants nodded in agreement with the minister’s words, as if to say, “Yes, it has been so hard to be away from one another. We’ve been longing for this very moment too.”

I was one of the many tearful and nodding ones, not because I missed church so much but because I couldn’t wait to escape when the pandemic started.

Taking a break from church

Sixty-five Sundays ago, I was a part of an entirely different worship community than the one I sat with on this most recent Sunday. For one, I wasn’t sitting in the pews; I was standing in the chancel, greeting everyone at the beginning of each service as the senior minister. Just a couple of weeks before the governor instituted the initial stay-at-home order, attendance in our congregation had been at its highest point in the last five years, making me proud of carrying out the job the bishop had tasked me with—to grow this declining church, which I was able to do in just the short two years I was there.

What accompanied the feeling of accomplishment, though, was weariness and being overwhelmed. I had just given birth to my second baby and wanted to spend a lot more time with her than I was able to as a full-time minister. So, just before the pandemic began, I made the difficult decision to leave my position and take an extended family leave to be with my two young kids.

The pandemic threw a curveball in my goodbye plans during the summer of 2020. What I hoped would be a tender gathering with long embraces and sweet words of blessing to one another was instead a somewhat awkward, masked-up, socially distanced huddle in the parking lot. Many committed church members didn’t show up, as they wanted to fully adhere to the stay-at-home order then in effect. There were still moments of tenderness, however, even as the pall of pandemic anxiety hovered over us. Neither they nor I could forget the many moments of spiritual connection we experienced in the last two years together, brought together in body through the sacrament of communion we shared each month.

Soon after the goodbyes, the moving truck came and transported all of my family’s belongings over 100 miles away, to my parents’ house, where we decided to move to for the time being. As our car drove away from the parsonage, away from my previous life as a minister for over 200 people to my new life as a mom of just two people, my breathing deepened with each passing mile, and my body melted into a pool of relief.

I had not set foot in a church, physically or virtually, between the time of leaving my former church as a minister and reintegrating myself as a congregant into this church, in which I spent my teenage and young adult years. This isn’t just because I have two young kids for whom online church is the furthest thing from interesting. And this also isn’t because, apart from children, I find online church to be less engaging.

I have not attended church because I needed a break from the whole enterprise. I needed to see what would happen to me if I were to drop this thing that I’ve lived and breathed every single day for the last five years as a full-time clergyperson and, of course, many more as a lifelong Christian.

Most of all, I asked myself, Would I become less spiritual? Or would the deprivation be healing, allowing me to recover from all the burdens that had become associated with those weekly rites?

What actually happened was both. And that is how I found myself being one of the first people to register for church once I received my hometown church’s email announcement that in-person services would resume once again.

Throughout the many months I’ve been away from church and all of its obligations, I’ve discovered a simplicity to my life that I relish. It’s a new rhythm that moves more in sync with what my family needs at this time of our lives. I’m a stay-at-home mom with two main priorities—my family and my writing. And sadly, even though it’s just two priorities, the latter one often gets neglected in service to the first. For the most part, though, I’m able to manage it gracefully. I’m rarely overwhelmed, resentful, or overworked. For this time that I’m able to be so minimalist in my priorities, I’m grateful beyond words since I know many mothers do not have this luxury.

When it's time to go back to church 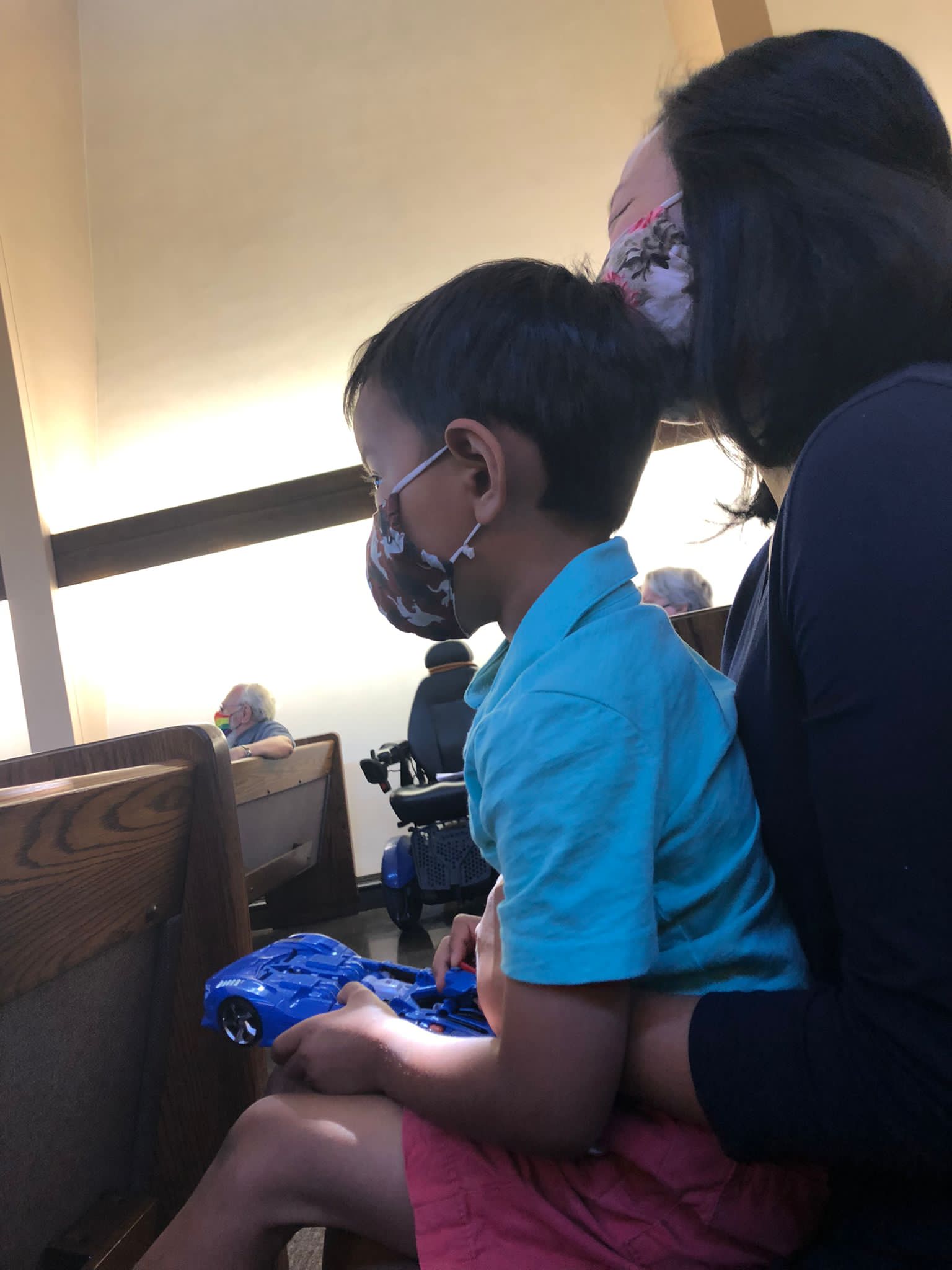 But I noticed another, equally powerful emotion arise within me as well during these months away from church. It felt akin to an itch that needed to be scratched, a vacuum that needed to be filled—it wasn’t grief exactly but rather a sense that a part of me was missing. This feeling manifested itself in an assortment of expressions: increased anxiety, insomnia, narrow vision, more surface-level discussions with my husband rather than the rich thoughtful conversations we’d usually have, often sparked by some idea we heard at church.

The authors of Acts describe the church as the place where the holy spirit dwells most powerfully and the sacrament as the symbol that empowers us to be the hands and feet of Jesus in this world. I have found this to be true amidst all of its foibles. Just like with marriage, I now accept the bad and the good, the annoying parts and the giddy parts, knowing that at its core is a committed union that sustains me through all the ups and downs of life.

Faith communities, I also discovered, are the only places in society that regularly gather people of all generations to unload their burdens and console

themselves through the ritual. There are book clubs and yoga classes, of course, but you might get some sideways glances when you consistently express your worries about your uncle going through chemo or the stress of trying to make ends meet. It’s not strange to express those concerns at church week after week through prayer time or to another congregant during coffee hour, though. That is precisely what church is for, after all. I was reminded of this during the congregational prayer time as our pastor prayed for such deeply personal concerns as well as larger, global struggles like the ongoing pandemic and the Israeli-Palestinian conflict.

While she prayed, my husband’s hands and mine gradually found their way to one another as if our hearts united to lift up these potentially overwhelming topics that we might not talk about during the rest of the week, whether due to lack of energy, time, or simply the right moment.

However, what I found to be most heartwarming, above all else, was how my four-year-old son responded to the service. He knows that his mom is a pastor, of course. From time to time, he sees photos of parsonages we lived in and the church preschools he attended. But a gigantic developmental leap happened in his brain since we last went to church, which for him is a full quarter of his entire life. He moved through the service with awe and participated in prayers to this God that we mention from time to time in our home but never address with the same amount of ceremony. He hummed along to the hymns, recognizing the melodies yet unable to articulate why or how he knew them.

My family more than managed to fill our Sunday mornings during the pandemic. We could be found at the beach or the farmer’s market or just lazily playing at home. And I don’t want to minimize the importance of my time away. We had a blast, and I personally found healing in giving myself permission to do something else besides church.

after all of those Sundays away,

it was time to go back home. 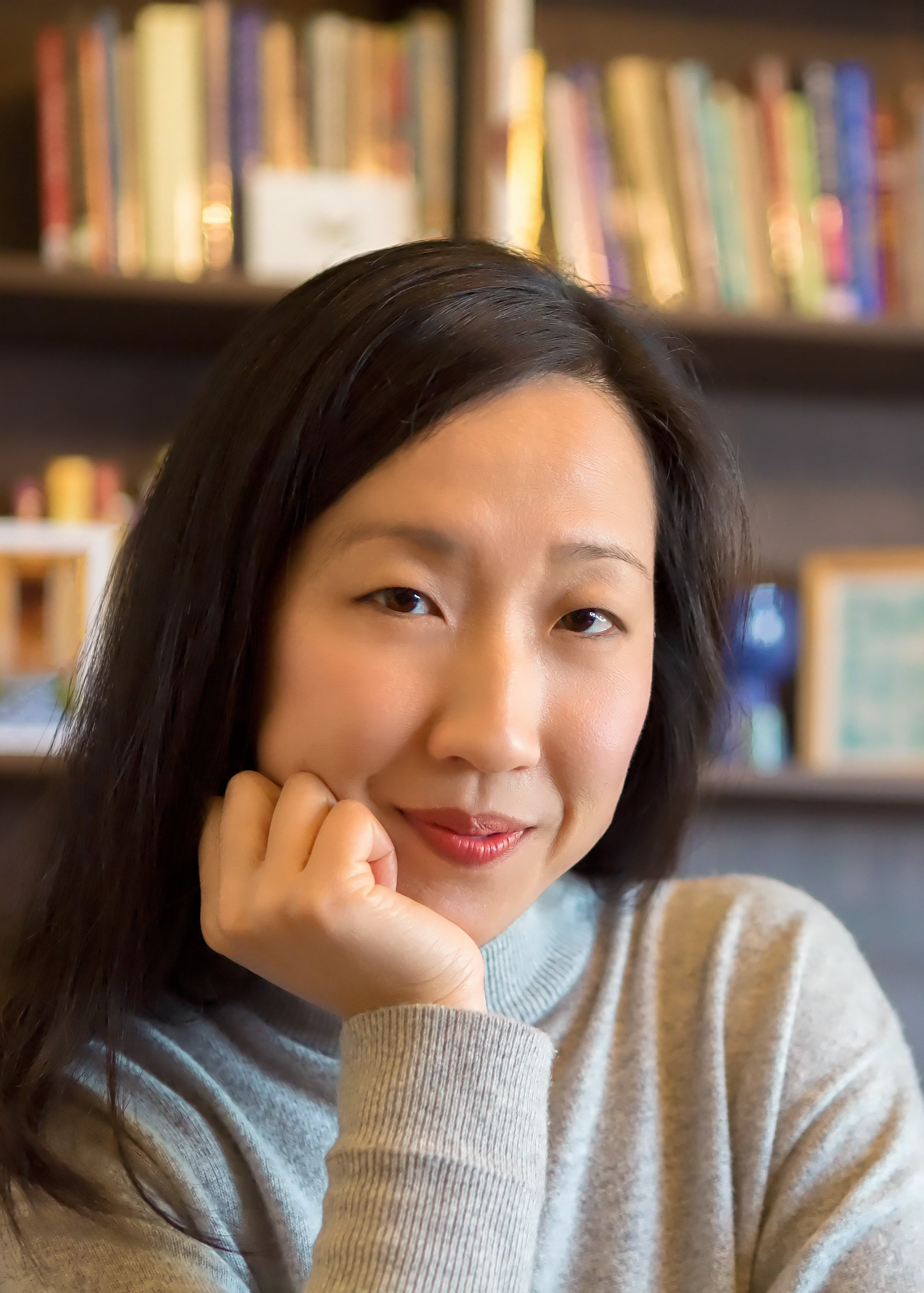 The Rev. Lydia Sohn is an United Methodist ordained elder within the California Pacific Conference. She left her full-time church appointment at the start of the COVID-19 pandemic to blog, write a book, and be a stay-at-home mom for her two young kids. Follow along at www.revlydia.com.