What happened and what didn't at General Conference 2019

EDITOR'S NOTE: This story is also available in Spanish.

At the conclusion of General Conference 2019, many United Methodists are wondering what the decisions made will mean for each of us and our congregations. Let's take a look at what we know, and what is still to be resolved.

The global United Methodist Church met in St. Louis, Missouri, February 23-26, 2019. During the four days together, United Methodists from around the world gathered for worship, prayer, conversation and several decisions. 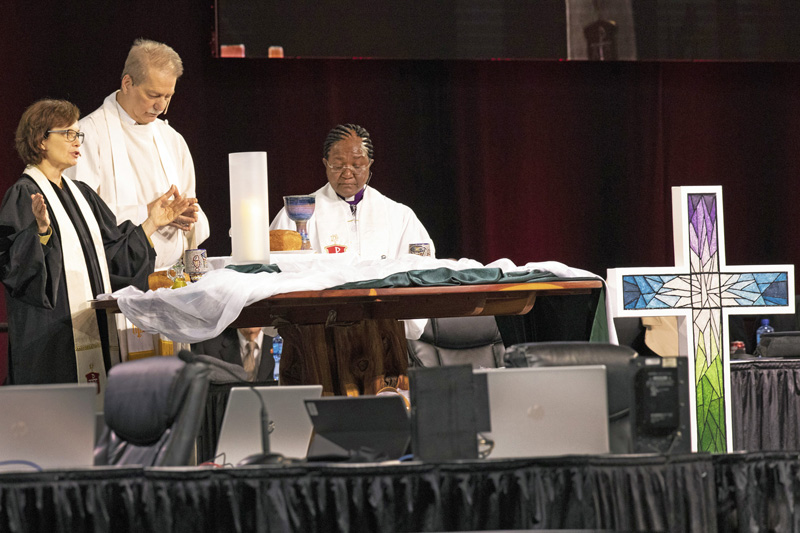 The changes proposed by the Traditional Plan are mostly about ordination of LGBTQ clergy and how to resolve issues when a clergy violates our human sexuality stances by, for example, performing a same-sex marriage.

The Traditional Plan received 438 yes votes (53 percent) and 384 no votes (47 percent). Those results indicate the diversity of thought United Methodists have on these issues. This also means it is likely there are people in your church who agree with the outcome and others who do not.

A disaffiliation plan, sometimes called an "exit plan," was also passed. This provides guidelines for congregations who wish to leave The United Methodist Church "for reasons of conscience" regarding issues of human sexuality.

Who made these decisions?

This means that we don't yet know what will change and what will not. Anything ruled unconstitutional can be addressed at the next regularly scheduled General Conference in Minneapolis on May 5-15, 2020. 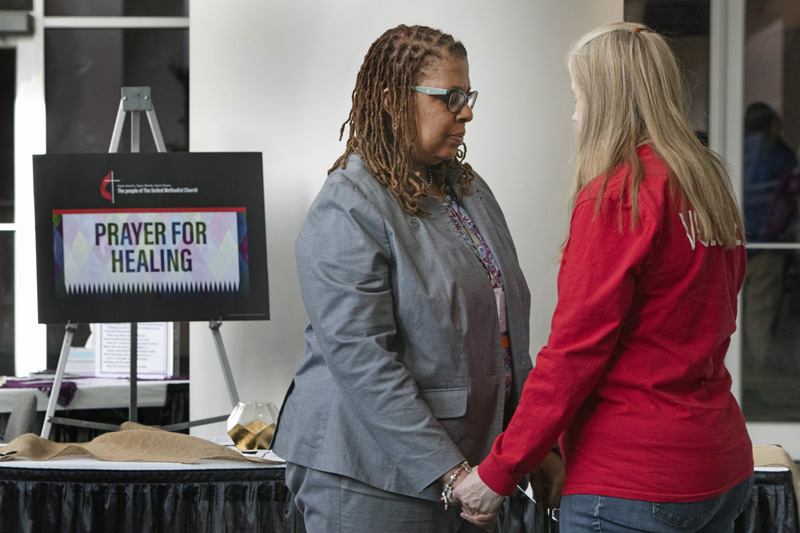 We pray for healing and forgiveness through our disagreements. Photo by Kathleen Barry, United Methodist Communications.

Let's clarify a couple of things.

LGBTQIA people have not been banned by The United Methodist Church. Paragraph 4 of the Book of Discipline has not been changed. It still reads, "The United Methodist Church acknowledges that all persons are of sacred worth. All persons without regard to race, color, national origin, status, or economic condition, shall be eligible to attend its worship services, participate in its programs, receive the sacraments, upon baptism be admitted as baptized members, and upon taking vows declaring the Christian faith, become professing members in any local church in the connection."

We acknowledge, however, that many LGBTQIA people, their loved ones and allies were hurt by the speeches, rhetoric and decisions of the General Conference. We pray for healing and forgiveness.

The United Methodist Church has not split. Clearly, we are not of one mind on these issues. The disagreements are deep on a number of subjects. Through it all, however, we remain one church that continues to make disciples of Jesus Christ for the transformation of the world. 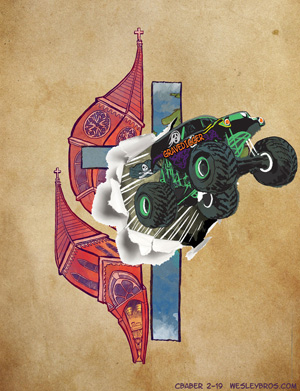 The 2019 Special Session had to end on time to make room for a monster truck event. Image by the Rev. Charlie Baber, used by permission. Available to buy.

Why all the talk of monster trucks?

This story was published March 4, 2019. It is also available in Spanish.