This is the final story in a four-part series on Wesleyan small groups.

The best friendships consist of equal parties who make each other better. Together they celebrate small accomplishments and life’s milestones. They commiserate over difficult job situations and support one another through the illnesses of children. They are involved in one another’s lives with grace, love, and support.

In the other posts in this series, you may have noted how Wesleyan small groups function like a gathering of close friends who invest their time in sharing their lives and spiritual journeys together.

These meaningful relationships change lives—here, there, and everywhere! 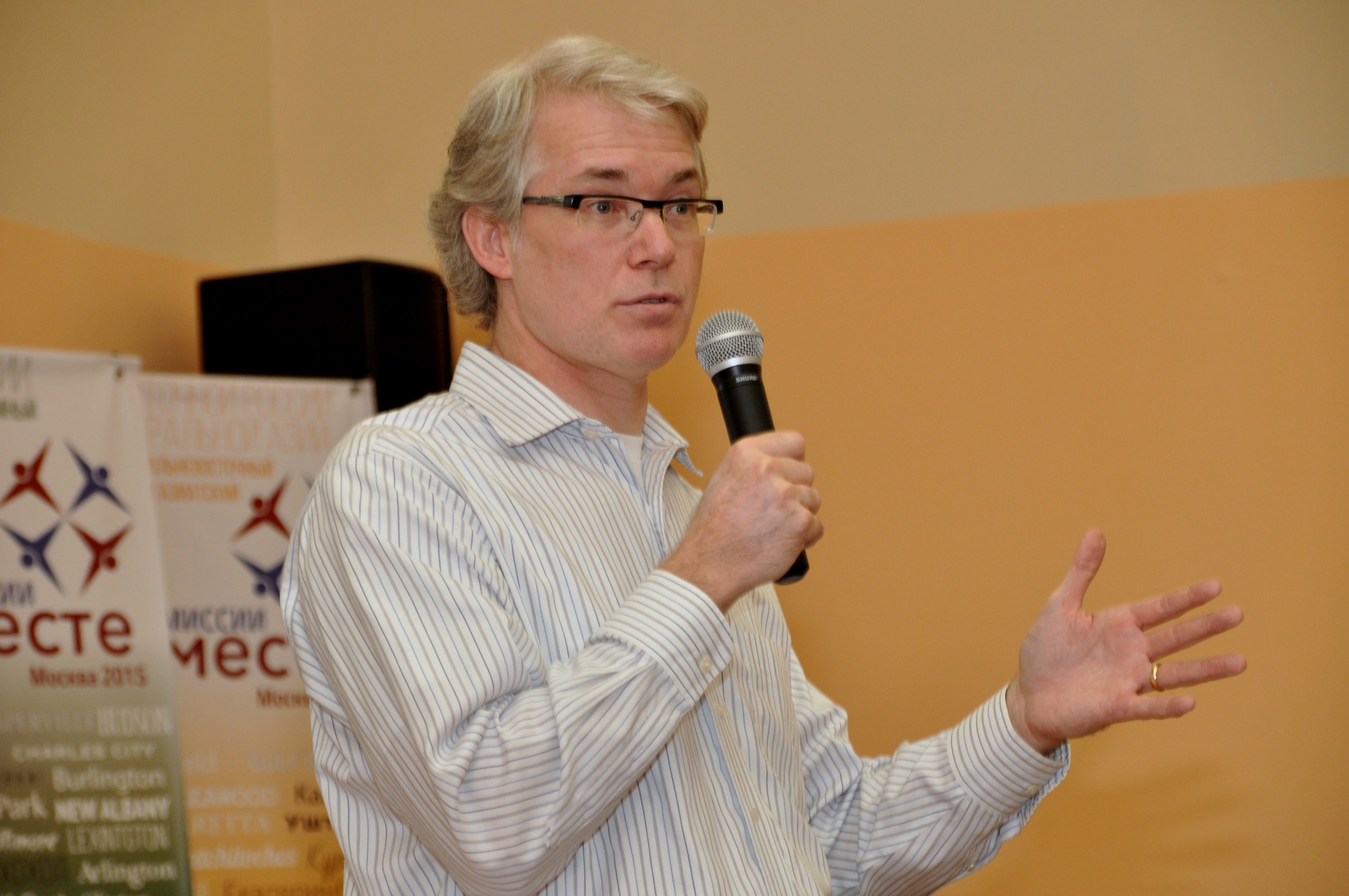 The Rev. Patrick Friday is the Director of In Mission Together, a ministry that uses Wesleyan Class Meetings to join people of different cultures to Christ and one another. Photo by Üllas Tankler, Executive Secretary, Europe & Eurasia, Mission Relationships.

In Mission Together, a ministry of Global Ministries of The United Methodist Church, uses Wesleyan Class Meetings as a model for uniting people in Christ across cultures, by forming transformational partnerships in mission around the world.

Traditional approaches to mission often involve one group offering expertise and resources to another group for a short time. In Mission Together instead invites groups to join in a 50/50 partnership covenant where they work to build deep, long-lasting relationships.

The Rev. Patrick Friday, Director of In Mission Together, shared the example of partner churches in the U.S. and Lithuania. “They had been doing all kinds of projects together for a long time, which had been very helpful, but the relational side was weak. It needed growth and depth.”

By encouraging the groups to develop their relationship and coaching leaders in the use of free video chatting software, In Mission Together facilitated a deeper connection. “It’s a small group,” Friday explains, “and it’s meant to be Class Meeting style as much as possible. They’re bridging cultures doing that, which is very exciting.”

In his conversations with partner churches, Friday has seen the power of this simple model.

“Don’t make it complicated,” he advises. “It is something to recognize as maybe the key component of church growth.”

Class Meetings connect people to one another and Christ across borders. These small groups also help overcome preconceptions.

“I live in a metroplex that is known to have the least amount of religiously affiliated people in it. 44% of the population are not religiously affiliated,” the Rev. Beth Estock, a United Methodist pastor in Portland, Oregon describes her community. “It’s a very postmodern world in which I live. So anything conventional, anything that hints with church or the convention of church, is a total turnoff.”

It is here that Estock came to plant a church. 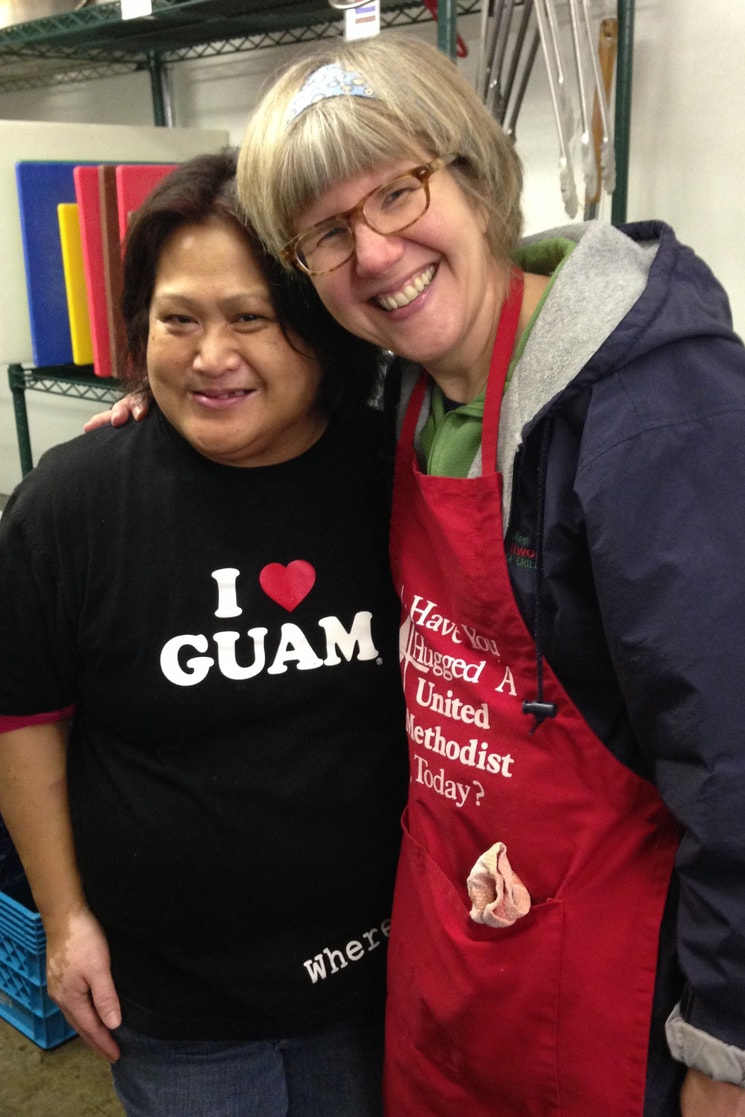 “I went back to Wesley,” Estock says of her strategy. Asking herself what he might do in a place like Portland, she decided to form a Band.

“For me a Wesleyan Band is a group of leaders who have committed to a spiritual practice,” Estock clarifies.

“So, I started with a group of 6 people that said they were interested in being part of a house church and starting a house church,” she recalls. For 9 months they met together to read and meditate on the book of Acts. They spent time “just getting to know each other, and building trust, and learning about how to discern the movement of the Spirit.”

Rather than trying to grow a traditional church, Estock and her group took a different approach under the direction of the Holy Spirit.

“At about 12 months of meeting together we launched 2 house churches,” Estock explains. “The concept is to bring leaders to the Band [who will then] launch the Classes. I consider the house churches Wesleyan Classes.”

The leaders named this network of faith communities Zacc’s House, in honor of the story of Jesus’ encounter with Zacchaeus (see Luke 19:1-10).

Zacc’s House is changing lives. “When I gathered my group, there were many, many people there that were allergic to even saying the word God or Christian,” Estock describes. “After 2 years of being with that group, a couple people have said to me… ‘Now I think I could claim I am a Christian.’”

It’s all about relationships

While this approach to church formation may sound novel to those in the US, Friday knows it as the norm in places like the Cote d'Ivoire, Cameroon, Senegal, Kyrgyzstan, and Honduras.

Learn more About In Mission Together

In Mission Together has produced two wonderful videos that contain information about their ministry and how your congregation or small group might become a 50/50 partner:

“We would think to have a Class Meeting locally, in a neighborhood. It would be lay led. The pastor would attend, but the pastor wouldn’t lead it,” Friday says, describing a typical response of leaders from those nations. “And all of the sudden, you’re into a totally different conversation thanks to our global partners who have retained Class Meetings.”

Friday teaches that the Class Meeting is a source of development in many areas of life. “Not only does it dramatically impact their spiritual formation, but it also gives them the ability to share and support each other in a multitude of ways,” including the sharing of food, money, and other resources.

“Imagine the power of that,” Estock shares, “if we could bless people to go out and call their friends together and form small groups of people who connect to God, connect to each other, and connect to the larger community,” the goals of each Zacc’s House faith community. “That would be a re-imagination of Wesley’s movement.”

Connections to God, one another, and the larger community are calling people into lives of deeper discipleship.

“At the end of the day we’re really focusing on relationships,” Friday explains. “They will carry the church, and whatever ministry you’re part of, forward. That’s the only thing that will do it. The resources and money eventually will run out. It can’t go on forever. But what will carry on are the relationships... It’s very powerful.”

Whether across cultures, across barriers, or across the street, spiritual growth happens when we join our lives together. All you need to do is to invite a few friends into your home, and into your life.

This story was originally published August 31, 2015.

*Joe Iovino works for UMC.org at United Methodist Communications. Contact him at [email protected] or 615-312-3733.