Serving the world from the heart of London: Methodist Central Hall

During their visit to London as part of the Wesley Pilgrimage in England, United Methodist pastors and leaders visit Methodist Central Hall, a building opened in 1912 in celebration of more than 100 years of Methodism after the death of John Wesley. 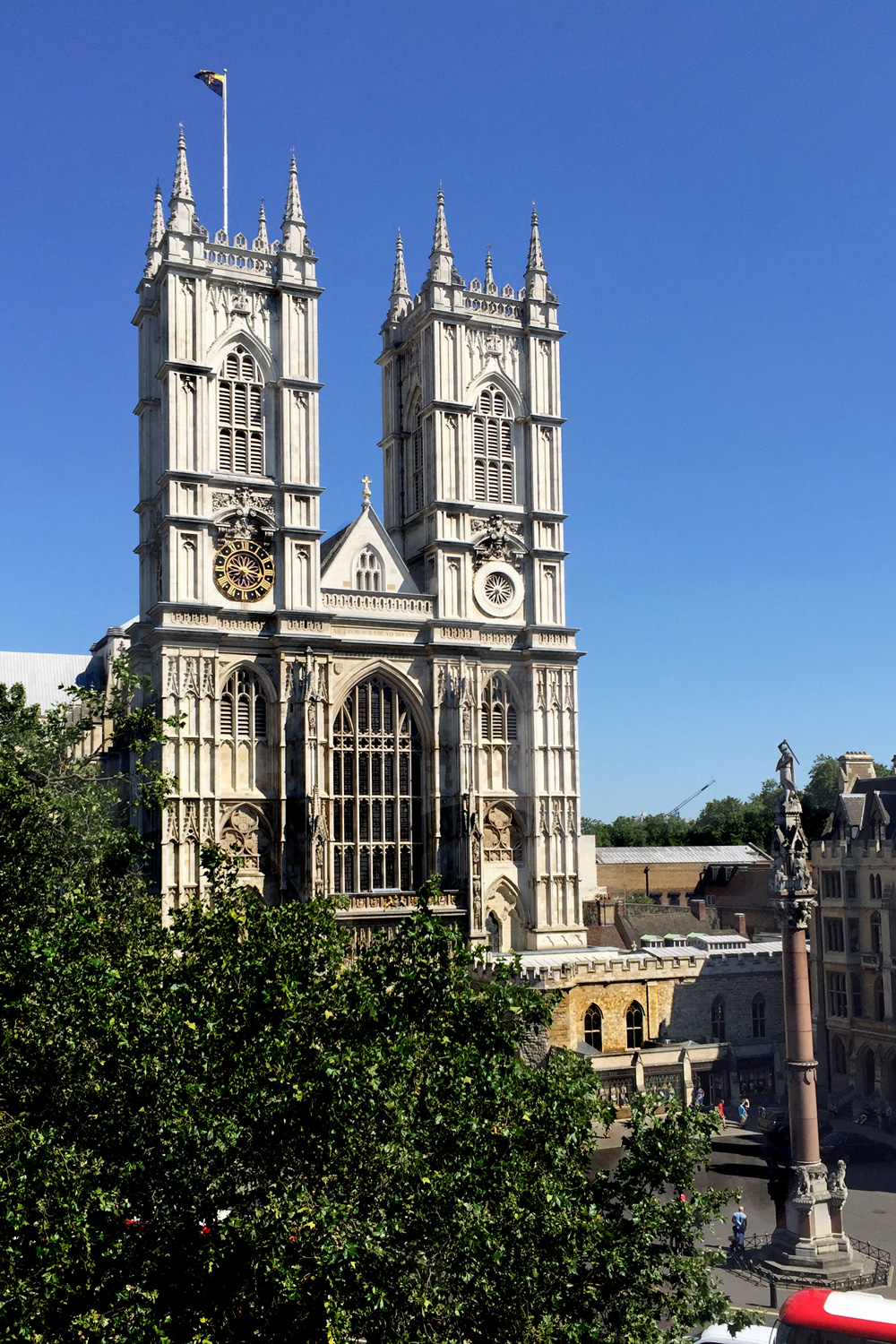 Methodist Central Hall in Westminster is an impressive structure in a very busy section of London. Westminster Abbey is directly across the street and Big Ben is just a few blocks down the road.

Choosing to build their worldwide headquarters across the street from Westminster Abbey, the site of coronations and royal weddings, the Wesleyan Methodist Church made a statement about their place in the religious landscape of early twentieth century England. As one United Methodist scholar put it, Methodist Central Hall said, “We’re here and we matter.”

In the United States, The United Methodist Building on Capitol Hill in Washington, D.C., makes a similar statement.

The church raised the money to construct Methodist Central Hall in a uniquely Wesleyan way.

Reminiscent of John Wesley’s penny collection to pay the debt incurred in the building of the New Room in Bristol, the Wesleyan Methodist Church asked every member to contribute a guinea (£1.05). They were to give no more. The collections exceeded the goal of one million guineas from one million members, raising 1,024,501 guineas.

Also in the tradition of the New Room and other Methodist meetinghouses, Methodist Central Hall has a larger purpose than simply to serve the church.

Built primarily to be the denominational headquarters of the Wesleyan Methodist Church, one of the founding bodies of today’s Methodist Church of Great Britain, and to house a worshiping congregation, Methodist Central Hall was also to be of “great service for conferences on religious, educational, scientific, philanthropic and social questions.” 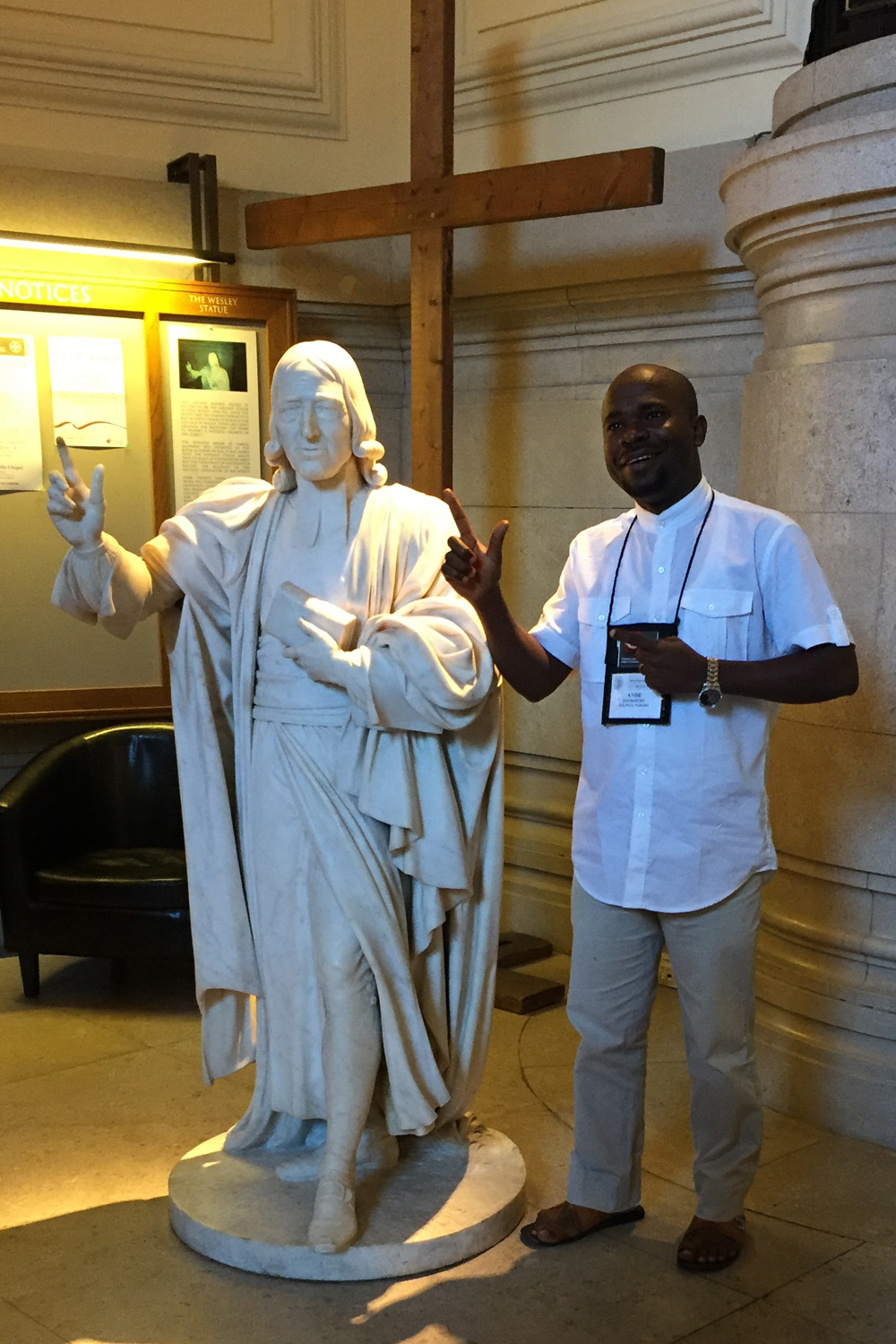 The statue of John Wesley in Methodist Central Hall was a favorite photo opportunity for the Rev. Ande Emmanuel and the rest of the 2016 Wesley Pilgrims. Photo by Joe Iovino, United Methodist Communications.

Through the years, it has done just that.

When Britain announced a declaration of war against Germany in World War II, the Rev. William E. Sangster was leading his first worship service as pastor at Methodist Central Hall. In the weeks that followed, Sangster organized a shelter in the basement of Methodist Central Hall where he and other Londoners lived and slept 1,688 days—that’s more than 4 ½ years.

When the war ended and the newly founded United Nations was organizing, they selected Methodist Central Hall, also known as Central Hall Westminster, as the site of the first meeting of the General Assembly of the United Nations.

From January 10 to February 14, 1946, delegations from the original 51 member nations elected the first General Secretary of the United Nations and appointed the first members to the Security Council. The first resolution the group passed was to establish “a commission to deal with the problems raised by the discovery of atomic energy.”

Eleanor Roosevelt, a member of the delegation from the United States, read an “Open Letter to the Women of the World” urging the nations to increase opportunities and improve the standard of life for all women.

A plaque mounted on the outside of Methodist Central Hall and the “Minute Book” of that first gathering displayed under glass in the lobby remind visitors of the connection between the Methodists and this historic event.

While the first meeting of the General Assembly of the United Nations is probably the highlight of Methodist Central Hall’s history of serving the causes of human rights and peace, it is far from its only. 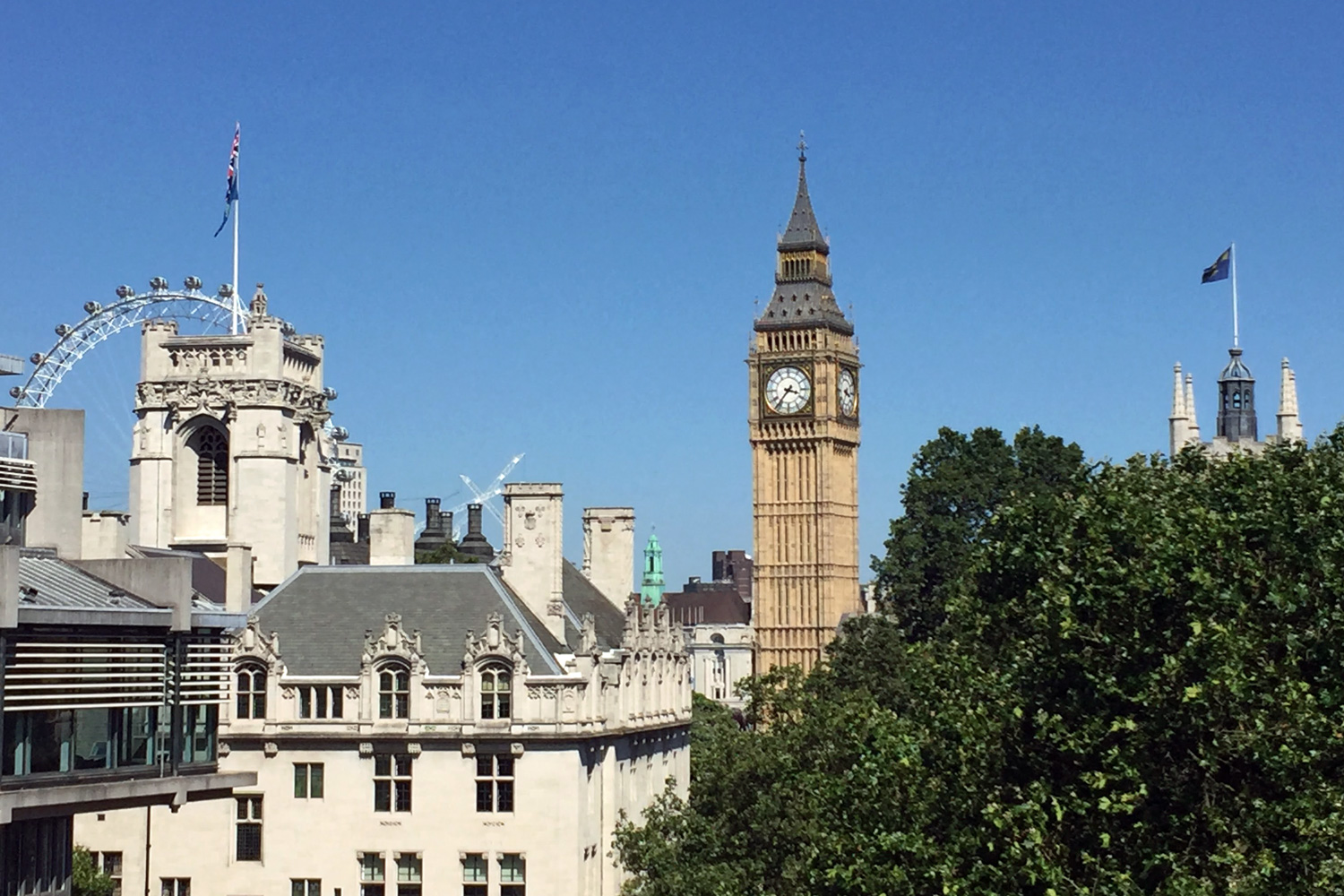 Methodist Central Hall is in a busy part of London. From the balcony one can see the London Eye behind a tower of Parliament, Big Ben, and the top of the tower of the Church of St. Margaret at Westminster Abbey. Photo by Joe Iovino, United Methodist Communications.

In that same room, Mahatma Gandhi, the Dalai Lama, and the Rev. Martin Luther King Jr. have each spoken. It has hosted several inquiries, including part of the Bloody Sunday Inquiry to determine responsibility for the shooting deaths of 14 civilian protesters by British soldiers.

In lighter moments, Methodist Central Hall displayed the FIFA World Cup trophy in early 1966 in preparation for the nation hosting the international football (soccer in the U.S.) tournament that summer.

It hosted the first public performance of Joseph and the Amazing Technicolor Dreamcoat by Andrew Lloyd Webber whose father William Lloyd Webber was Musical Director at Methodist Central Hall.

In recent years, Methodist Central Hall has been the place where many have rung in the New Year as part of the “Rock Big Ben” New Year’s Eve Concerts broadcast on the British Broadcasting Corporation (BBC).

In many ways, Methodist Central Hall stands as a model of the continued work of the General Rules John Wesley wrote not so long ago: “doing no harm,” “doing good,” and “attending upon all the ordinances of God.”

Editorial note: This story was first published on January 12, 2017.