Nine years ago, Michael Vaughn left a 20-year management career with Pizza Hut and took a giant leap in faith. He signed on to be a bi-vocational, part-time licensed local pastor at Telford (Tennessee) United Methodist Church. It proved a great fit for the mostly rural congregation and the Vaughn family of seven.

Telford UMC is part of the Three Rivers District in the Holston Conference. The average worship attendance is 70. “Telford,” Vaughn said, “has a vibrant children's ministry, which makes the intergenerational worship more blended. Occupations range from unemployed to trade workers to teachers to mail carriers. Typically, a doctor and a lawyer are in attendance, along with several bikers. And we have several retired military and railroad workers. It is diverse in age and demographic.”

Vaughn is excited about the #IGiveUMC campaign, which has reaped promising results in his already generous congregation.

“If we have six children needing to go to summer camp,” he said, “we can make the big ask and fundraise for this specific purpose [more easily] than having a larger line item in a budget for a summer camp ministry. People give to the mission and to make a specific impact.” 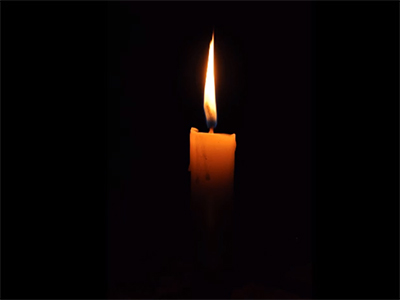 Older, longtime members tithe faithfully. Younger members and newcomers tend to “give to make the ministries happen and see the immediate results that they can then be part of through involvement as well as giving,” Vaughn said.

For #IGiveUMC, Vaughn started by advertising on the church website, Facebook and Instagram. “The #IGiveUMC graphics were very helpful to brand the initiative and aid in marketing,” he said.

The Mother’s Day initiative, which encouraged people to honor or remember their mothers or other influential women, yielded $300. A video introduced many of the women. The congregation also honored Everyday Heroes. Next on the agenda is the Father’s Day initiative.

COVID-19 temporarily halted in-person worship. The pandemic, Vaughn noted, “impacted giving for those who are most marginally connected to the life of the church. However, giving has continued to outweigh expenses.”

The church introduced electronic giving 18 months ago, so many members had grown accustomed to this method of recurring giving. “But I also had ‘Tithe Drop-off’ days during our quarantine,” Vaughn said, and a weekly newsletter provided the treasurer’s address so people could mail their donations.

“Keeping the people part of ministry in front of everyone during this time has been critical,” he added. “We had an open culture of talking about money and giving already, so this was a new, natural way to ask in front of the camera. Several givers who connected with us online during this time [probably] would not have been in the physical church building with us.”

He is grateful to the members of Telford UMC, who invited him into a full-time pastoral position after he had served them for two years. They encouraged him to focus on completing required schooling, and next year, Vaughn will be commissioned as a provisional elder.

“One of my favorite things about Telford UMC is their commitment to people,” Vaughn said.

Telford UMC is not alone in its appreciation of #IGiveUMC. The campaign also inspires gifts to local United Methodist churches to celebrate members’ milestone birthdays or anniversaries such as a church’s founding. Donors post on social media about their gift, along with a request for others to make a contribution of their own. Go to Facebook#IGiveUMC to hear other exciting stories!