Reflecting on our faith at the movies: Summer 2019

Sitting in a movie theater can be a great escape from the routine (and heat) of summer. The stories told on the big screen are sometimes rich with imagery and themes that can help United Methodists reflect on our faith.

When you go to the movies this summer, here are themes popular movies may help us consider. 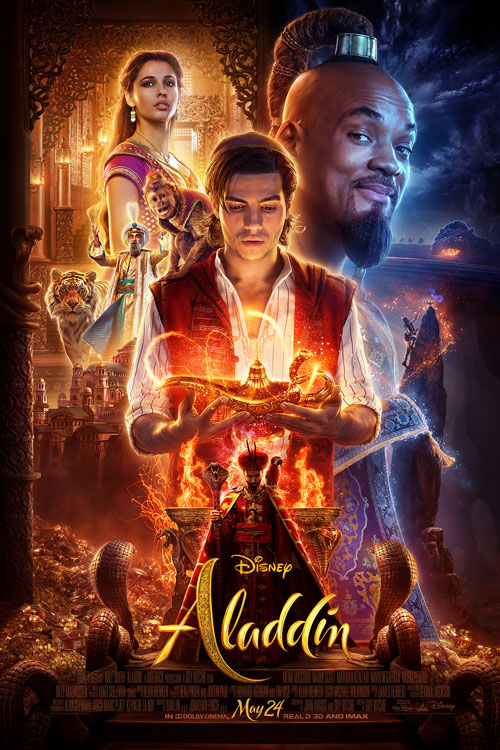 Like Aladdin, David began his journey as "a diamond in the rough." What does God see in you that you struggle to see in yourself? Aladdin movie poster, Disney.

In the original, animated film, Aladdin is called "a diamond in the rough." He's an unlikely hero, who is given an opportunity to grow beyond his life's circumstances.

In the Bible, we read of another "diamond in the rough." When God sends Samuel to Bethlehem to anoint the next king of Israel, David is an unlikely candidate. In 1 Samuel 16:1-13, we read that while he is out tending the family's sheep, his dad Jesse calls each of David's seven brothers to stand before the priest.

What similarities and differences do you see in David and Aladdin's stories? In David's story, we read, "God doesn't look at things like humans do. Humans see only what is visible to the eyes, but the Lord sees into the heart" (1 Samuel 16:7 CEB). What does that say about God? About you? What does God see in you that you struggle to see in yourself? 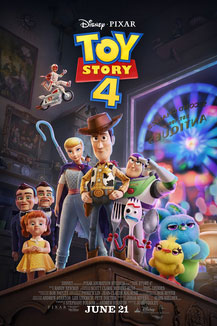 What distracts you from your spiritual journey? Toy Story 4 movie poster, Disney / PIxar.

Some of us have grown up with Woody and Buzz, and it will be great to reconnect with them and the others from Andy's toy box who have been passed on to their new owner, Bonnie.

As he seeks to find and bring home Bonnie's newest toy, Woody is reunited with Bo Peep, an old friend/crush. Woody and Bo soon discover that they want different things out of life.

In Philippians 3, the Apostle Paul writes about his journey of faith and the need to focus on Christ. "It's not that I have already reached this goal or have already been perfected," he writes, "but I pursue it, so that I may grab hold of it because Christ grabbed hold of me for just this purpose" (verse 12).

Many of us have both Woody and Bo inside of us, competing desires for what we want out of life.

How does the life of Christian faith cause us to think and live differently? What other desires are you drawn to? Are they part of your call as a Christian or a distraction? 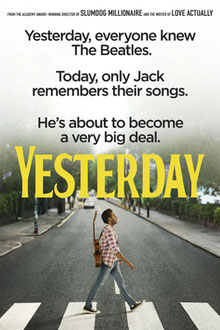 What will would do with someone else's song. Yesterday movie poster, Universal PIctures.

Sitting with some friends, struggling singer-songwriter Jack Malik begins to play and sing The Beatles' "Yesterday." A friend asks, "When did you write that?" Surprised, he reminds them that it's a Beatles' song, but no one knows who John, Paul, George, and Ringo are. Through some bizarre, supernatural occurrence, Jack is the only person on the planet who remembers The Beatles.

By playing and singing their songs, he becomes an overnight sensation, yet something isn't right. "Sometimes," Jack says in the trailer, "it feels like someone else has written all the songs."

In the Bible, we meet prophets who received special words from God. Jeremiah describes it as "an intense fire in my heart, trapped in my bones" (Jeremiah 20:9 CEB). Isaiah feels unworthy, saying, "I'm a man with unclean lips, and I live among a people with unclean lips" (Isaiah 6:5 CEB). God gives Ezekiel his words in a scroll that he is to eat. The prophet reports, "I ate it, and in my mouth it became as sweet as honey" (Ezekiel 3:3 CEB).

You and I have been given some amazing words too. How might you sing God's praise today? How will we tell the world about Jesus? 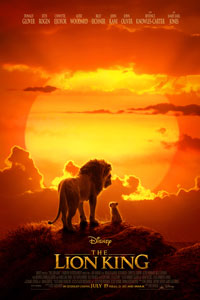 Have you ever felt estranged from family? The Lion King movie poster, Disney.

Simba goes into exile when his uncle Scar claims the throne from Simba's father, King Mufasa. With the help of some unlikely friends – a warthog named Pumbaa and a meerkat named Timon – Simba grows up away from his pack until a childhood friend named Nala encourages him to return and lead his father's kingdom.

Though the circumstances are very different, these complicated family dynamics call to mind the story of Jacob and Esau. These twin brothers struggle with their place in the family. Jacob convinces Esau to give him his birthright for a bowl of stew (Genesis 25:27-34). Later, when their father Isaac is on his deathbed, Jacob pretends to be Esau and receives the blessing intended for his brother (Genesis 27:1-29).

Fearing for his life, Jacob flees and spends years away from his home and family of origin. Eventually, the time comes to return. After a night of wrestling with an angel, Jacob meets Esau and the two are reconciled (Genesis 32-33).

Maybe you have lived part of this story – feeling rejected by family, estranged from parents or children, experienced the heartbreaking end to a relationship. How do Simba and Jacob's journeys back home encourage you in your life and spiritual journey? 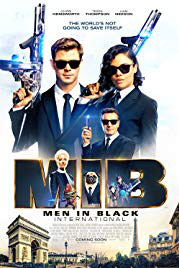 As the agents are recruited to serve, Jesus chooses us as his followers. Men In Black: International movie poster, Sony Pictures.

In the three previous films, we learned that the Men in Black protect Earth from intergalactic villains. This latest edition follows the work of two agents we have not met before.

One of the themes in the Men in Black movies, is that the super-secret organization's agents do not apply for the job, but are selected for this special work.

In John 15, Jesus tells his disciples something similar. "You didn't choose me," he says, "but I chose you and appointed you so that you could go and produce fruit and so that your fruit could last" (verse 16).

What does it mean to be chosen by Jesus? What "fruit" has Jesus equipped you to produce?

What reminders of faith have you found in a summer movie? Tell us here!