Peace of Mind: Mental Health in the Movies

Editor's note: This article is based on a 2016 sermon series titled "Peace of Mind" produced by Metropolitan Memorial United Methodist Church in Washington, D.C.

On occasion, Hollywood films delve into complex themes, such as mental health. The following four movies, all with inspirational and meaningful storylines, were featured in the "Peace of Mind" sermon series," an exploration of theological themes around emotional and mental health."

The series explored "what it means to be emotionally healthy and how we live lives that are full of the Resurrection power of God." This exploration is important, says the Rev. Charles Parker, senior pastor at Metropolitan Memorial UMC, because:

Note: A link to a short clip from each film is included. 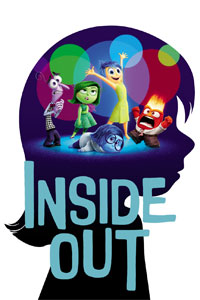 "Inside Out" explores the emotional life of an 11-year-old girl named Riley as she navigates the life-changing event of moving to a new city.

Riley's emotions are personified by five characters in her "Headquarters:" Joy, Sadness, Fear, Disgust and Anger.

Joy, says Parker, "is like a lot of Christians who work very, very hard to make all things happy and joyful." But every moment along our path doesn't have to be joyful. As we see illustrated in the film, many of our most happy "core memories" are preceded by moments of sadness.

"Part of our emotional health is integrating all of those emotions that sometimes seem unattractive and destructive. We find that they all have a place in who we are called to be," says Parker.

"It is only through owning, embracing and acknowledging those unattractive (non-joyful) emotions that we allow God's healing and Resurrection power to move in our lives," he says. 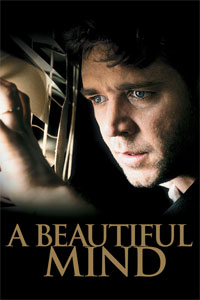 Loosely chronicling the life and career of mathematician John Nash, whose dissertation at Princeton University shaped nearly every economic policy that followed it, "A Beautiful Mind" explores the effects of schizophrenia.

After his success in finding his "truly original idea," Nash meets a CIA agent who needs his help in breaking coded Communist messages to win the Cold War. He becomes increasingly distant from his friends, colleagues and his wife Alicia.

However, we discover that Nash is not fighting Communism, but fighting instead the ideas and phantoms produced by his paranoid schizophrenia.

"The only thing that helps Nash return to the community," says Chris Simon, a former ministry intern at Metropolitan Memorial UMC, "is the persistent love of his wife Alicia. She makes the conscious choice that her unconditional love is going to be stronger than her strongest fear."

In First Corinthians, Paul writes to the entire community of Corinth: "We are one body, not in spite of our differences, but, in fact, because of them. We cannot exist without each other." "Only in the context of community," says Simon, "can we take on the challenges that we face in this world." 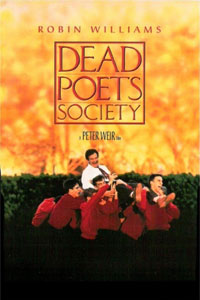 This film follows a group of privileged, young high school men at an elite boarding school as they begin classes with a new teacher, John Keating.

Keating encourages the boys in his class to explore the beauty and language of the world, and to find their own voice, rather than learning by memorization.

The film ends with some heavy issues (suicide, job loss), says Parker, but it is also "powerfully motivating and uplifting in terms of the transformation that happens when we engage our creative selves and let the Holy Spirit start to move in our lives in ways that we were blocking off before because of our own self-limitations."

What does it take to set aside the busyness of this world and renew our minds? We should follow the words of Professor Keating: "Carpe diem - Seize the day, boys, and make your lives extraordinary." 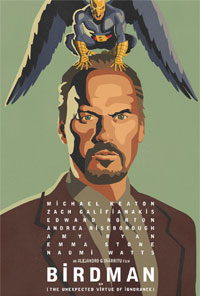 "Birdman or (The Unexpected Virtue of Ignorance)" is about the effects of fame, ambition, art, dissociation and ultimately about love.

The storyline in the Oscar Award-winning film features Riggan Thomsan, who 20 years ago, starred in three superhero action movies as Birdman. Afterwards, he was typecast as a cartoon character instead of a serious actor with range and depth.

To launch a comeback and show off his acting skills, he writes and produces a Broadway play to star in. However, the Birdman is still in his head, goading him with comments of how bad an actor he is and empowering him with personal thoughts of strength and super powers.

Riggan craves success again and the fame and accolades that follow, for much of the same reasons why we post comments and photos on social media platforms. Yet in both cases, we risk isolating ourselves from others.

"Losing sight of love and surrendering to the desire for fame and recognition is a recipe for isolation and despair," says Rev. Janet Craswell, former director of Christian Education at Metropolitan Memorial UMC.

"Fame and recognition are fleeting, but we are loved by God and his love is everlasting," she says.

Note: If you or someone you know exhibits traits like the ones discussed above, do something. As Rev. Craswell states, "We have to stop letting people die just because we are confused or embarrassed about mental health. There are professionals who can help and they are just a phone call away." Call someone today!

Christopher Fenoglio wrote the article, which originally was published on August 29, 2016, and updated on May 4, 2022. Contact is Joe Iovino.