Part of the solution or the problem of racism?

What’s on your playlist right now? Are you into old music? New music? Are there various styles represented?

Perhaps a more relevant question: Why do you like the music you do?

This morning, a new friend asked me what kind of music I preferred. I responded that my tastes are “pretty eclectic.” It seemed a safe thing to say. Then I named a few of the songs from my “On Repeat” playlist. There’s some old stuff and new stuff on there: some Stooges and some Disciple. Some stuff from here and from there: some Bob Dylan and some Chvrches. Some sacred and some secular: some Rend Collective and some Bad Religion.

This musical selection is representative of my record collection at home. There’s some variation there, too… kind of. There’s old stuff and new stuff, some punk rock, pop and jazz. But there is one striking similarity: most of the artists who produced this music look like me. 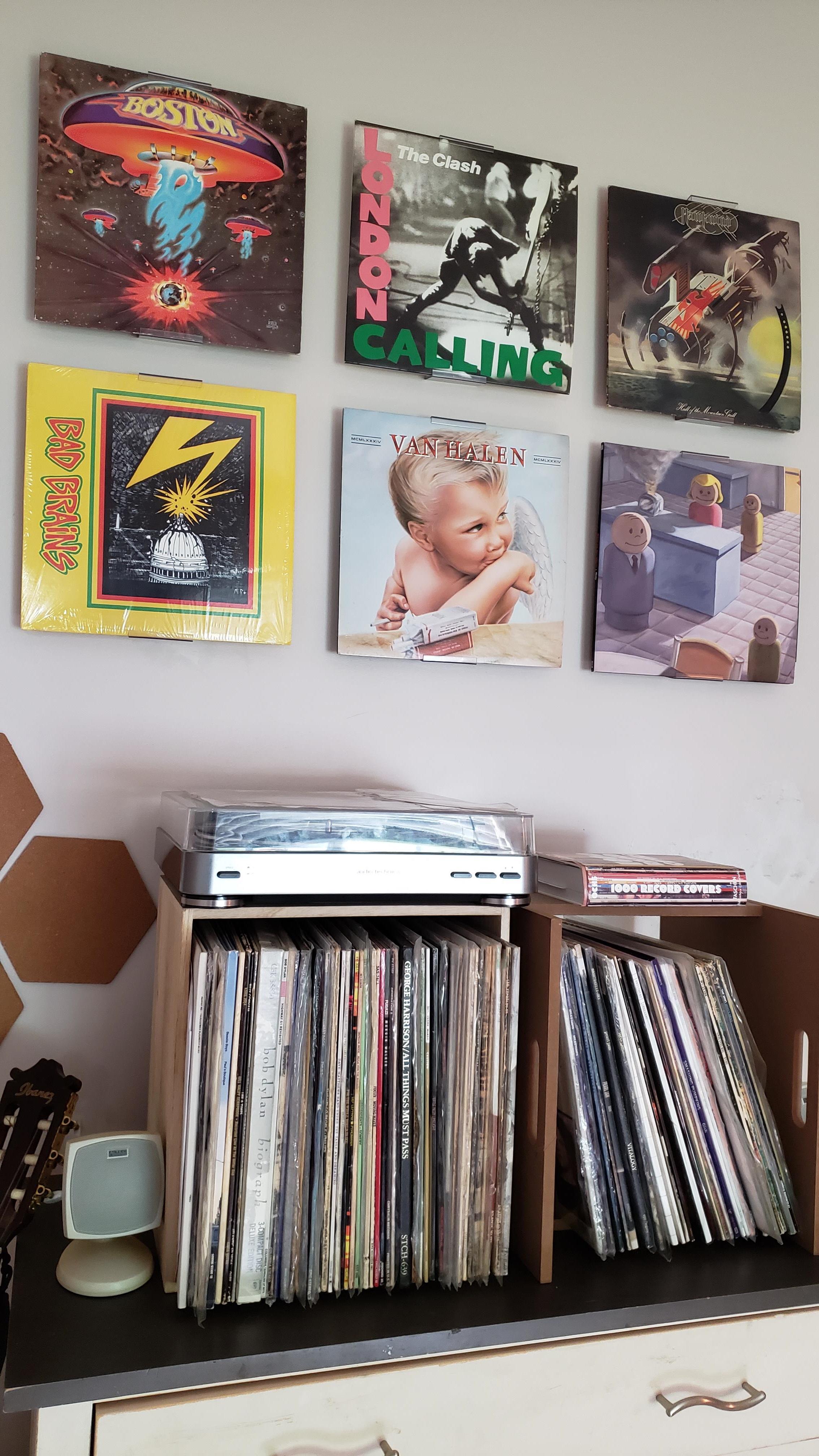 Does my collection expose my racism? Yes, I think it does.

I used to think racists had a certain look. They were fond of Confederate symbolism. They sometimes wore hoods. They used words I knew to be hurtful. They talked about discriminatory heritage and oppressive power.

Certainly, they don’t look or sound like me. I don’t do those racist things. Doesn’t that mean I’m not racist?

The racism I need to root out is present in my attitude of exceptionalism--that the acceptable way of being is in being like me.

My record collection represents internal assumptions about what I think is good and pleasing. If I look at this collection as representative about what I find culturally acceptable, then it reveals I hold a pretty narrow opinion of what is culturally pleasing and good. I’ve created a loop where, in my mind, my culture is the best of cultures. My way is the most acceptable way--artists who look like me and sound like me are the most acceptable artists.

I know that’s reading too deeply  into musical preference. But the record collection is not alone in exposing this racist tendency. The neighborhoods I’ve chosen to live in, the schools I’ve attended, many of the businesses I patronize indicate a preference for cultural comfort where I am among the assimilated and accepted. They are places and organizations where my way of being is celebrated.

The same is true of my church.

I am a leader in the second largest Protestant denomination in the United States. As of 2018, we had over 6.5 million professing members in the U.S.1 94% of those members are white in a country that identifies around 60% white.2 We segregated ourselves into an institution which feeds this loop of cultural exclusivity. The leaders I listen to in this church, the songs we sing together in this church, the theological ideas we value in this church reflect the same cultural preference exposed by my record collection: my way of being is the good and pleasing way of being.

My racism does not suggest that people of other backgrounds are less capable than me. Instead, the racism I need to root out is present in my attitude of exceptionalism--that the acceptable way of being is in being like me. My racism says “you’re welcome to participate in what I’m doing (as long as you’re comfortable doing it the way I do it).”

I do have a racist bone in my body. I don’t want it to be there. But it’s only by admitting it is there that I can begin the work of removing the illness within me. I can’t move towards solutions until I admit there is a problem. There is a freedom in confession. Instead of consuming my energy in proving that I’m not racist, I’m now allowed to reinvest energy in becoming anti-racist.

Recently, I was exposed to a startling revelation about the Old Testament prophets: none of them suggested the way to fix injustice came through demanding the marginalized become more like those at the center of power. Instead, their prophetic call was for those at the center of power to move towards those they left on the margins. The call of the prophets served as an interruption to the loop of exceptionalism.

When it comes to our current cultural conditions, our call from the prophets is to move away from our places and institutions of cultural comfort and celebrate those we previously marginalized. This reveals several actions I can personally pursue to work against my own internalized racism.

First, I’m stepping into spaces where the voice of authority doesn’t sound like me. It’s actually never been easier since so many churches are now providing online experiences. My Sunday mornings have become adventures in attending one online worship experience after another. My goal is to hear from as diverse an array of faith leaders as I can.

Secondly, I seek to consume media that doesn’t glorify me and my way of being. It’s a simple act of looking for movies, TV shows, and records that present the perspective of another culture. I will deliberately look for the offerings of artists of color--and, yes, that means diversifying my record collection. You may want to do a personal media audit, too. Does the media you consume (like songs and movies) reflect the diversity you hope to value?

Thirdly, I’m looking for spaces where I can be with people who aren’t just like me. This is a challenge during the era of social distancing. There are some safe ways of engaging in this, though. Attending online forums and joining groups that represent the voices of the marginalized are accessible steps to moving towards a diversified and more just way of being. Offering my voice and resources in support of those movements and groups is a way of being present with them also--for, as Jesus said, “where your treasure is, there your heart will be also.” (Matthew 6:21) And showing up in a responsible, physical way to listen and learn is a big step in moving into a more diverse way of being, as well as amplifying the voices of the marginalized. That means I’m looking for ways to be physically present with those who I’ve previously pushed to my personal margins.

These actions aren’t about being comfortable. In fact, they’re about causing myself some discomfort. It’s akin to the discomfort my tendencies of exceptionalism hoist on those I tend to marginalize. But growth never occurs through comfort. Moving towards justice isn’t comfortable. It should discomfort me. There will be discomfort in confronting my racist bone.

If you’re looking for more ways of participating in solutions. I first invite you to confess. Then check out some of the resources available here for further provocation and action. 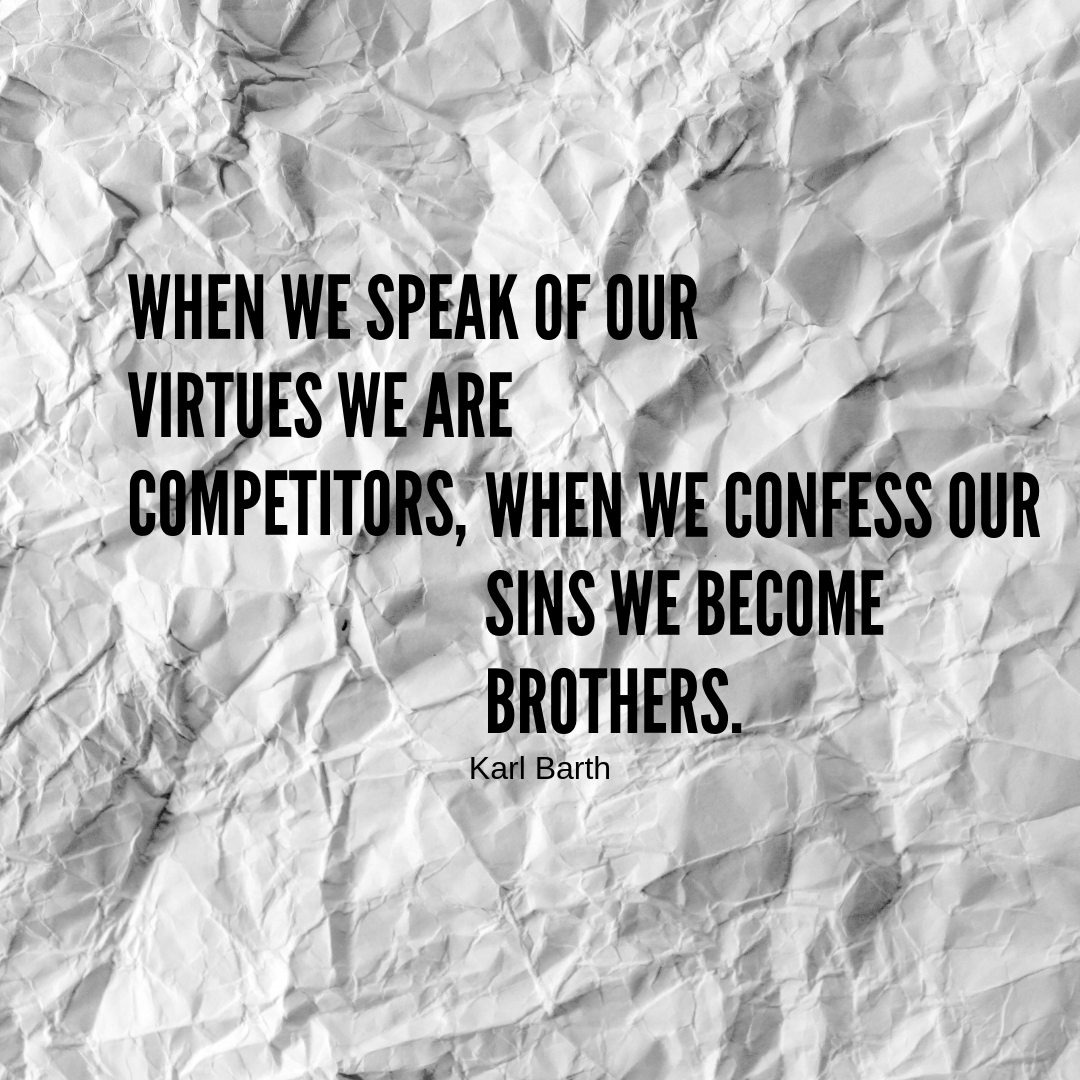 Ryan Dunn is a Minister of Online Engagement with United Methodist Communications. He is an ordained deacon in the United Methodist Church and served local churches in youth and young adult ministry roles for over 15 years.