Organizer s have announced that the next General Conference will be Aug. 29-Sept. 7, 2021, in Minneapolis, despite pleas that the decision-making body not meet at the start of the academic year.

However, the organizers are still looking for ways to ensure delegates, even if they can’t meet in person, can participate online in what many expect to be a historic legislative meeting.

The postponed General Conference will remain at the Minneapolis Convention Center as originally planned. The Commission on the General Conference authorized Sara Hotchkiss, business manager, to pursue new dates with the venue after it canceled events into this May because of the virus.

“The hospitality industry has been devastated by COVID-19 with staffing levels significantly reduced, so negotiating amid the pandemic was a much slower process,” Hotchkiss said in a statement. 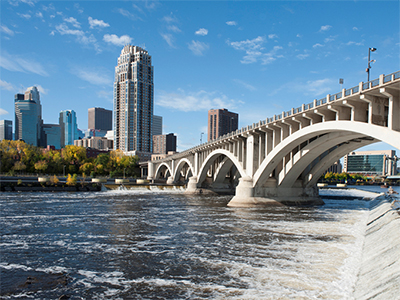 However, the commission expressed regret in its statement about not being able to accommodate a request from young adult delegates to select different dates. The new schedule is similar to proposed dates first disclosed in an email to church leaders from the Council of Bishops.

The General Conference Commission met online May 16 with Ann Jacob, Jessica Vittorio and J.J. Warren — three young adult delegates who wrote and circulated a petition to change those proposed dates after they became public.

The Book of Discipline, the denomination’s policy book, lists a few exceptions to its open meetings rules, including negotiations. However, the book’s Paragraph 722 also says: “A report on the results of a closed session shall be made immediately upon its conclusion or as soon thereafter as is practicable.” The commission did not make public its decision until more than a week after its closed meeting.

The young adults told the commission that the late summer schedule could disenfranchise the record number of young delegates elected to what could be a landmark General Conference.

The seven central conferences — church regions in Africa, Europe and the Philippines — also are rescheduling their meetings and bishop elections. The Book of Discipline, the denomination's policy book, requires the gatherings be held within a year of General Conference.

The Council of Bishops, at its meeting May 1, approved a motion strongly encouraging the commission to consider the young adults’ petition. The document drew more than 2,000 signatures from United Methodists in some 80 annual conferences around the world.

Hotchkiss said it was a challenge to accommodate a 10-day meeting.

Planning the assembly comes with multiple moving parts that must align.

The commission is looking at the possibility of using technology to allow full participation of delegates who cannot make the trip to Minneapolis.

The group will present its recommendations to the commission for consideration.