(More than) 10 ways to appreciate your pastor

A UMC.org Feature by Laurens Glass*

I remember the first time I heard the phrase "a mother's work is never done" as a child and thinking that sounded pretty daunting. Perhaps I would be a writer or astronaut instead. If there is one other person besides your mom who is on call practically around the clock, it's probably your pastor.

A pastor is wedded to his or her church family as we are to our own families. But it's definitely not a thankless job. In honor of dedicated clergy, we asked several ministers to share some of the ways church members had made them feel valued and found that for congregants and clergy alike, simple acts of caring help build a connection beyond the pulpit.

Aretha Franklin knew of what she sang. The first component of a healthy and rewarding relationship is respect. If you disagree with something clergy are saying or doing, let them know respectfully, and in private. Give them a chance to respond and to explain, as well as to hear your side. They will appreciate your discrimination and better receive your advice.

What then can I offer?

When my great-uncle died, three different pastors made the drive to speak at his funeral. A quiet and humble man, he had made their jobs easier simply by taking on the tasks that no one else would. From cleanup to chairing committees, he had been the one person they could count on when no one else stepped up, but until his eulogy, no one knew the impact he had made by having such a deep commitment to the life of his church. You may not feel you have a particular talent like music or financial skills to offer, but your time and attention may be the greatest gift of all. 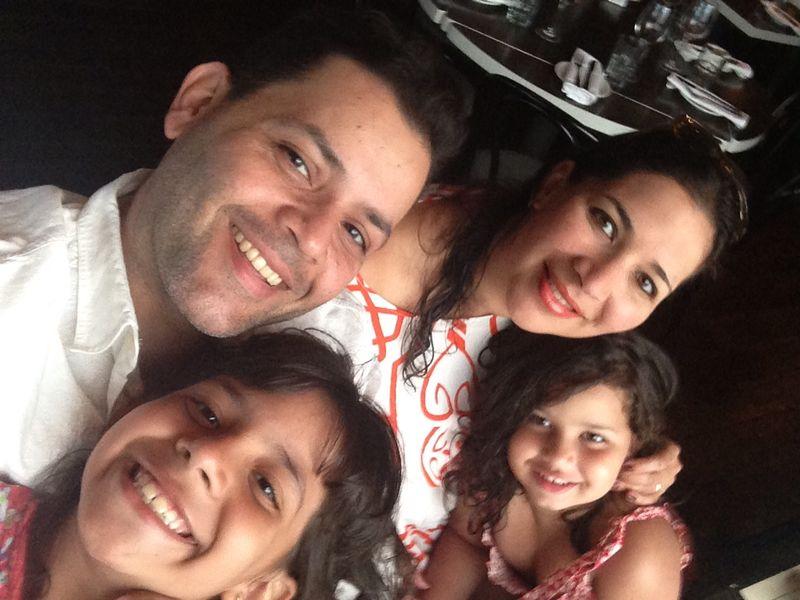 The way to a pastor's heart

We hate to generalize, but United Methodists enjoy food. Asking your pastor to dinner or making them a meal — especially if they are single or have children — can mean a lot to someone who is on the go.

The Rev. Lily Ramirez, pastor to a Hispanic congregation in Paterson, New Jersey, said that while visiting an English-speaking church, she was touched that members had prepared recipes from Colombia where she had lived as a child. In the Hispanic church, she said, "It is common for families to prepare traditional foods from their countries of origin — such as Mexico, El Salvador or Puerto Rico — and to share them with their pastor." Celebrating another's culture is great way to get to know them better and to express gratitude for them just for being who they are.

Speaking of children, Ramirez added that church members have been helping babysit her two girls "since they were born." Because church members expect that she will "show up for activities with her daughters," she says it has been a natural process for people to act as surrogate parents while she is involved in worship or committees. 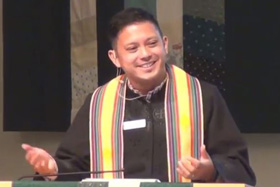 A simple "Thank You" will do

The day I asked my pastor if he would email me a copy of the sermon was the day I realized people don't always take the time to say thanks for a job well done. For the Rev. DJ del Rosario, pastor of Bothell United Methodist Church in Bothell, Washington, personal thank-you notes "can make a world of difference — especially ones that clarify faith development and discipleship."

The letter he treasures most came from a young man he had befriended at a fellowship group earlier in his college career: "Thanks for taking the time to introduce me to your friends and make sure that I found a space. I didn't grow up going to church, but I am now because of people like you who took the time to say hello and look me in the eye."

It's just my size

Music teachers tend to get a lot of paperweights with eighth notes and treble clefs, and pastors probably get the United Methodist equivalent. Not that there's anything wrong with giving Cross and Flame bookends (especially, if you already have), but for the Rev. Darian Duckworth, currently serving St. Luke United Methodist Church in Cleveland, Mississippi, it was the personal touch that touched her the most. 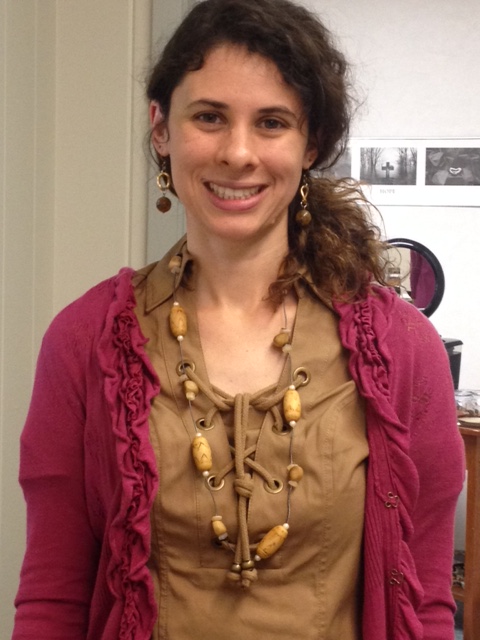 The Rev. Darian Duckworth models a necklace given to her by her church secretary. Photo courtesy of the Rev. Duckworth.

At her first appointment, Duckworth received a long string of beads and wooden pieces from the church secretary: "I know you get a lot of crosses and angels and fish symbols since you're a pastor. I wanted you to have something that was you." The jewelry not only matched Duckworth's style — Christian yoga teacher and granola eater — she was touched to be appreciated for her "individuality as a person — not just as a pastor."

Air miles or thinking outside the box

Not everyone or every church has the money to reward a pastor in the way they might like to financially, but sometimes a little creativity can go a long way toward making a difference in someone's life. When members of Brecon United Methodist Church in Cincinnati, Ohio, learned the Rev. Jacob Lee's mother was facing surgery in his home country of Korea, two members donated their air miles so he could make the flight to be with her in her hour of need.

Creating a scrapbook of photos and mementos or a digital slideshow of images of the events and people at your church is a wonderful gift — especially if your pastor is moving to a new parish. Photos of services, families, community projects and fellowship will express your gratitude and enrich their memories. Be sure to make a copy for your church as well. 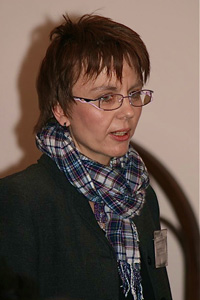 The Rev. Ivana Prochazkova is a pastor near Prague. Photo courtesy of the Rev. Prochazkova.

Walking the talk and trusting your preacher

Keeping the faith, putting your beliefs into action may be one of the greatest gifts you can give your pastor. It's sort of like taking your college professor's advice and majoring in chemistry. For the Rev. Ivana Prochazkova, a preacher in Sedlcany (a small town near Prague in the Czech Republic), the greatest demonstration of pastor appreciation is "living fellowship among the members of my congregation and a living relationship with God." She says this is most visible as "mutual solidarity — in having open hearts to varied people, in mutual respect and empathy."

"When people in my congregation share their lives, joy and worries, their faith, I feel that my ministry is meaningful and appreciated."

A friend of mine told me that every year her congregation takes the time to pick out a birthday card that suits their pastor — and they all sign it. A greeting card to honor the anniversary of your pastor's first day on the job, to wish that person a Merry Christmas or offer comfort if that person is under the weather is just as treasured as it would be by a member of your own family.

There, we said it. For most pastors, as for most people, a gift of cash is greatly appreciated. Some churches take up a voluntary contribution among its members, and some churches include a clergy bonus in their yearly budget. Several people mentioned gift cards — especially to a restaurant. Sharing prosperity is a very real and meaningful way to show of gratitude.

We are all in need of prayer — pastors are no exception. Praying for your church leaders is one of the best ways you can care for them. Ivana Prochazkova related that two older ladies from a parish where she served years ago still regularly pray for her, her family and her ministry. When Prochazkova's daughter became ill, the women prayed for the entire family for three months — every day. "I am very grateful to God and to them for all these things. They are fruits of the Kingdom of God among us." 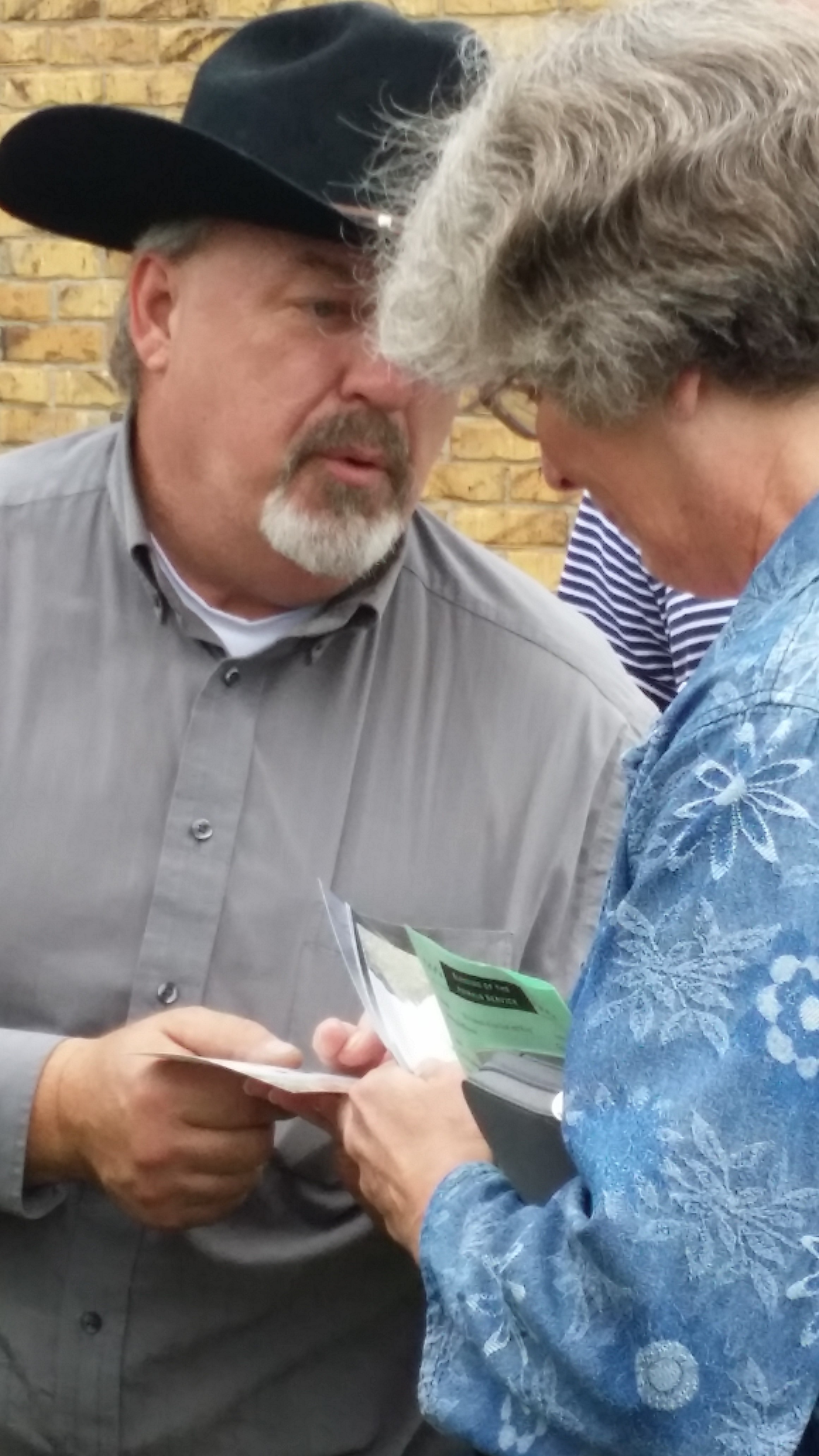 During a Pet Blessing Service, the Rev. Gene Martino Jr, prays with a parishioner mourning the loss of her dog. Photo by Laurens Glass.

While working on a video project, the Rev. Gene Martino Jr, shepherd for Lambuth United Methodist Church in Gallatin, Tennessee, telephoned to say he was on the way but running a bit late. A member of his flock had died in the middle of the night, and he had gone to be at her side in that final hour.

Why do people choose a profession in which they have to minister to people, not only at the happiest moments of their lives, but often during the worst? For Martino, it is because he feels called every day "to be the bridge between the Eternal Holy and God's children."

"To hold the hand of a dying saint and metaphysically place it in the hand of God as they pass is a sacred and humbling responsibility. It is akin to pouring water over the head of an infant, symbolically entrusting them to the care of God and Church, and having a hand in that responsibility and a share of that joy!"

Laurens Glass works for United Methodist Communications. She may be reached at [email protected] or 615.742.5405.