Martin and Henry Boehm: Founding Brethren of the UMC

When United Methodists think about famous families in our history, brothers John and Charles Wesley probably come to mind most quickly. A father and son in the United States also contributed greatly to the history of our church.

The father, Martin Boehm, co-founded the Church of the United Brethren in Christ, one of the predecessor denominations of our United Methodist Church. His youngest son, Henry Boehm, was a Methodist Episcopal preacher who spent five years traveling with Bishop Francis Asbury.

The following 10 facts are intended to give an overview of the lives and ministries of these two influential leaders, and to highlight the connections between two historic church movements that nearly 200 years later would become part of The United Methodist Church.

On November 30, 1725, Martin Boehm was born as the youngest child of Jacob and Barbara Boehm. His mom and dad had emigrated from Switzerland and married near Lancaster, Pennsylvania. Martin was raised in the local Mennonite Society, where his father was a lay elder. The family's first language was German. 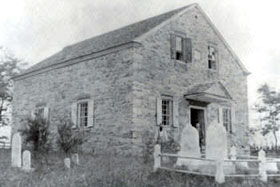 The Boehm family donated the land on which Boehm’s Chapel was built, the first Methodist church in the area. Photo via Wikimedia Commons, public domain.

2. Martin Boehm was a successful farmer.

Jacob Boehm worked as a blacksmith until he could afford to buy his farm. When Martin Boehm was old enough, his father gave him 181 acres of land. Martin was a successful farmer who continued to purchase land until he owned 400 acres himself.

3. Martin Boehm was chosen to pastor by chance.

In his early thirties, Martin Boehm became one of the ministers of his local congregation in a somewhat surprising way. As was the custom, members of the church were nominated for the role, and then asked to come forward to select a Bible. Boehm's choice was the one into which a piece of paper had been inserted with Proverbs 16:33 written on it: "The lot is cast into the lap; but the whole disposing thereof is of the Lord" (KJV). With that, he became a new pastor.

4. Martin Boehm had a profound experience of assurance.

The role of minister was daunting for the young farmer, and one for which he felt wholly inadequate. His wrestling brought him to a crisis of faith. "You pray for grace to teach others the way of salvation," he said to himself, "and you have not prayed for your own salvation."

While plowing his fields one day, Martin Boehm felt lost and longed for a sense of the assurance of salvation. He prayed at the end of every row. Then, "In a moment," he reported, "a stream of joy was poured over me." The following Sunday, Boehm shared the story with his congregation.

Boehm's story of receiving God's assurance was so compelling that other congregations invited him to recount it to them. Boehm was soon traveling around Lancaster County and beyond, preaching wherever he went. In some circles, his ministry became known as the "Boehm Revival."

When the lead pastor of Boehm's Mennonite Society passed away in 1761, Martin Boehm became a bishop.

6. Martin Boehm cofounded the Church of the United Brethren in Christ.

When Boehm preached at a Mennonite meeting in Isaac Long's barn, German Reformed pastor Philip William Otterbein was in the congregation. Following the sermon, Otterbein introduced himself to Boehm, and a close working relationship started. Later, Boehm and Otterbein would found the Church of the United Brethren in Christ and serve as its first bishops. 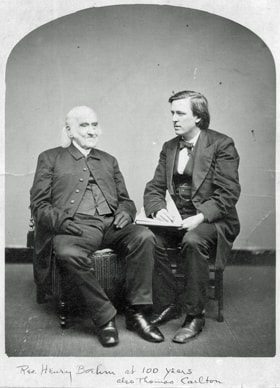 7. Martin Boehm was voted out of the Mennonite Church.

Boehm's friendship with Otterbein, his exuberance, and his willingness to preach outside Mennonite societies caused concern for some of his colleagues. They brought a series of charges against him and when he refused to change his ways, they expelled him from the Mennonites.

More than 240 years after his dismissal, the Mennonites restored Boehm's credentials and renounced the acts that led to his separation.

Around 1775, a Methodist class began meeting at the Boehm's home. Martin's wife Eve was one of its first members. The class later built Boehm's Chapel, the first Methodist Church in Lancaster County, Pennsylvania, on an acre of land donated by the Boehm family.

Late in life, Martin Boehm joined the Methodist Episcopal Church at Boehm's Chapel, though he retained his membership in the Church of the United Brethren in Christ.

9. Henry Boehm was an itinerant preacher in the Methodist Episcopal Church.

Martin Boehm's youngest son Henry was born about the same time the Methodist class meeting began in the Boehm's home. At the age 25, he began preaching in Maryland, Virginia, and later Pennsylvania for the Methodist Episcopal Church.

From 1808 to 1813 Henry Boehm served as Methodist Episcopal Bishop Francis Asbury's traveling companion. It is estimated that the two rode 25,000 miles on horseback during those five years together. Boehm chronicled their journeys and served as Asbury's treasurer, trusted confidant, and German translator and interpreter. At Asbury's request, he would also translate the Discipline into German.

In 1866, at the age of 91, Henry Boehm published his memoir, "Reminiscences, Historical and Biographical, of Sixty-Four Years in the Ministry." It included stories about his father's life and ministry, and anecdotes and insights into the personality of Francis Asbury.