In a village in Malawi where families were starving, the Rev. Scott McKenzie experienced some of the most genuine generosity he's ever witnessed.

"It was at the height of famine in the early 2000s in Malawi, the height of AIDS. Villages were being devastated. The pastor had actually died of starvation," McKenzie explained.

Though McKenzie and others in the group tried to refuse, their interpreter told them, "You have to take the food because they are so thankful that you came. Don't deny them the privilege of showing their gratitude."

"I don't think anybody in our delegation had a dry eye," McKenzie said. "It was amazing."

"Generosity is grounded in a real sense of gratitude," he said. "When I look at my entire life as a gift from the hand of a loving and generous God…the things that I have, they're not mine. I don't own them. So when I have a grateful heart and realize that's all a gift, then I'm much more inclined to share." 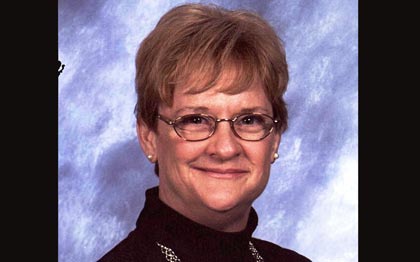 The Rev. Betsy Schwarzentraub, author and consultant on stewardship, agreed with McKenzie, adding that generosity is "both an attitude and a habit."

"Generosity is our passion for giving out of who we are and what we have in gratitude for God's generosity, God's self-giving relationship with us in Jesus Christ and also through the Holy Spirit," she said.

Schwarzentraub, former director of stewardship for Discipleship Ministries, said she considers generosity among John Wesley's means of grace, "meaning how we experience God's grace and how we get to respond to God's grace in gratitude."

"His primary statement about stewardship was earn all you can, save all you can, in order to give all you can," Schwarzentraub said, adding that Wesley's ideas about generosity also fall under the general rules of the Methodist societies – to do good and do no harm.

Schwarzentraub and McKenzie both said they consider John 3:16 a fundamental biblical example of God's generosity.

To cultivate generosity, McKenzie encourages people to start by cultivating gratitude and then take small steps toward being more generous.

"Gratitude and generosity will change people's lives," he said. "One of the neatest things is to be with somebody, to see somebody begin this process and have this typical American mindset of 'what's mine is mine.' You take them through the process of gratitude and prayer. They really open up, and it's amazing to see the difference at the end. It's so cool to see that transformation."

United Methodist Church Giving is about people working together to accomplish something bigger than themselves. In so doing, we effect change around the world, all in the name of Jesus Christ. To read stories about giving click here.

This article first appeared in the July/August Interpreter magazine. Reprinted with permission.