Leveraging faith to walk through grief

Frank Luchsinger had upset his granddaughter. She asked him if she would see him this Christmas, and his response startled her.

“I said, ‘Well, if God lets me live that long, yeah, maybe, who knows?’” recalled Luchsinger. “That messed her up, and my son told me they had to talk her in off the ledge. She thinks that I just … want to die and be done with it.”

Frank hasn’t been his old self since his wife of more than 50 years, Marlies Luchsinger, died of pancreatic cancer on March 12, 2020.

“I’m not past it,” he said, trying to maintain his composure.

Luchsinger and his longtime friend Dave Allen are reluctantly going through the experience of living longer than their lifelong companion. It’s a challenge, and either can whiplash from wisecracks to tears at a moment’s notice. 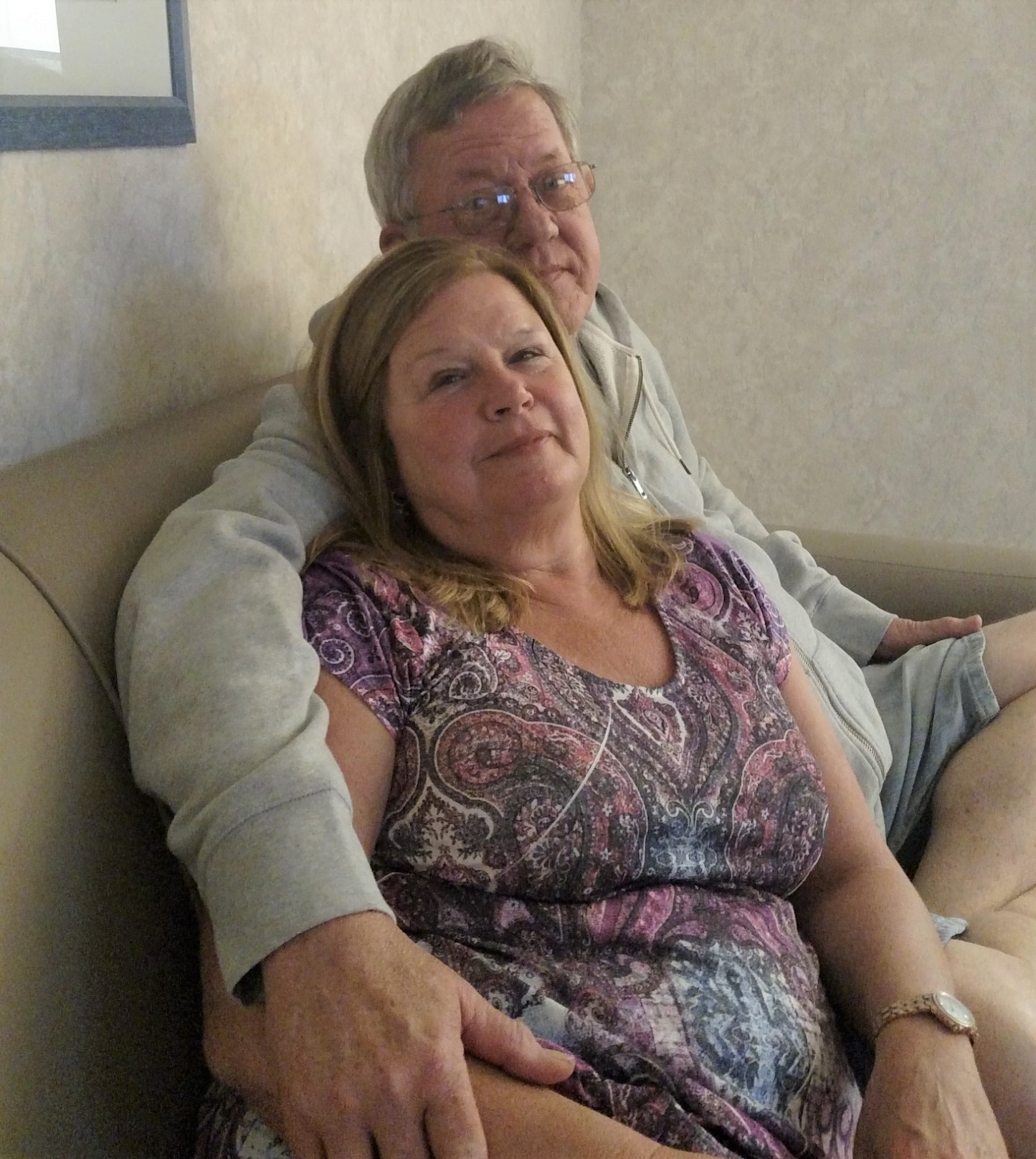 “I don’t do formal praying,” she shares. “I don’t even know that I know how. I just talk to Him as a friend.”

Helms’ husband, Doug, passed away suddenly in April 2020 just as the COVID-19 pandemic was shutting down access to most activities. The couple had been married for 34 years.

But even as she journeys in her mourning, Helms says her faith is her companion.

“I don’t think my faith has really waivered,” Helms says. “In fact, I think it has increased during this time.

“Each step of the way, I was stumbling with things, not making all the right decisions, but God was showing me the right path to take. When you get on your knees and you know God is listening to you, it really makes a difference.”

Dave and Frank still are, but there’s something missing.

“These men were married to unusually gifted, compassionate people,” said retired Bishop Joe Pennel, former pastor at Brentwood. He called Sally “a rare and special gift to all who knew her” and Marlies “a very gifted person.”

Dave and Sally, part of the extended family of this writer, were married for 58 years before Sally’s death from respiratory issues, eight months after Marlies. The couples traveled extensively, attended the same Sunday school class and enjoyed many other social events together.

Dave’s acerbic sense of humor was leavened by Sally’s kindness, forming a balanced union. Last Fourth of July, when Dave took offense to the fancy brewpub beer I was drinking, Sally wasn’t there to shush her husband, which rarely worked anyways. She was missed.

Gaining strength through faith and service

When Dave had surgery in July, he wondered if he might die.

“And the first thing I thought of was, ‘So what?’ You get to join Sally.’ You don't have the fear of dying you used to.”

Pennel advised Dave and Frank to maintain the spiritual disciplines of prayer, meditation and searching the Scriptures as a way of gaining strength.

Dave’s daughter Jodie Hudson sent him a quote from Elisabeth Kübler-Ross from her book “On Grief and Grieving,” written with David Kessler. He says it has helped.

“The reality is that you will grieve forever,” Kübler-Ross and Kessler wrote. “You will not ‘get over’ the loss of a loved one; you will learn to live with it. You will heal and you will rebuild yourself around the loss you have suffered. You will be whole again, but you will never be the same. Nor should you be the same, nor would you want to.”

Frank and Dave spend their Tuesdays together, visiting church members on Brentwood’s prayer list. Many of those they visit are also in mourning.

They’ve visited 32 people, two or three each week, since the coronavirus pandemic lifted enough to allow in-person visits. Despite some gallows humor centering on the coincidence of some of their charges dying shortly after their visit, they know they’re being helpful.

“So it's probably 80 percent women that we go to,” Dave said. “And we get these stories like, if you visit (a particular church member), she'll repeat 100 things back to you like she’s started to lose her mind.”

But when they visited the woman, she was waiting for them dressed to the nines, and spoke with them animatedly and coherently.

“She knew we were coming that week,” Allen said. “She has her best necklace on and it was hard to cut [the conversation] off after 50 minutes, because we had to go to the next person.”

Frank said it’s rewarding to help people who are also dealing with an important loss.

“Frankly, it helps me and I know it helps David to go and see people,” he said. “I feel a great reward doing that for people, just to let them know we care.”

After their Tuesday rounds, Dave and Frank retire to Luchsinger’s deck to share a couple of cold beverages. That’s where they recently got to talking about the traveling the couples have done together. They decided to continue.

“We're going to Alaska next May,” Dave said. It’s the first of three trips they’re planning to take together, and the first without Sally and Marlies.

“It's devastating, but what are you going to do?,” Frank said. “I try my best to live my life. I mean, what choice do I have? Here I am. I'm still having conversations with God about this whole thing.”