Joseph: A model of character, faith, and fatherhood

"We don't hear a single word from him, and he only shows up in 16 verses in the New Testament," the Rev. Adam Hamilton says of Joseph, the earthly father of Jesus. "Yet his impact on our faith, on Christ, is profound."

Hamilton, pastor of the United Methodist Church of the Resurrection in Leawood, Kansas, is the author of Faithful: Christmas through the Eyes of Joseph. 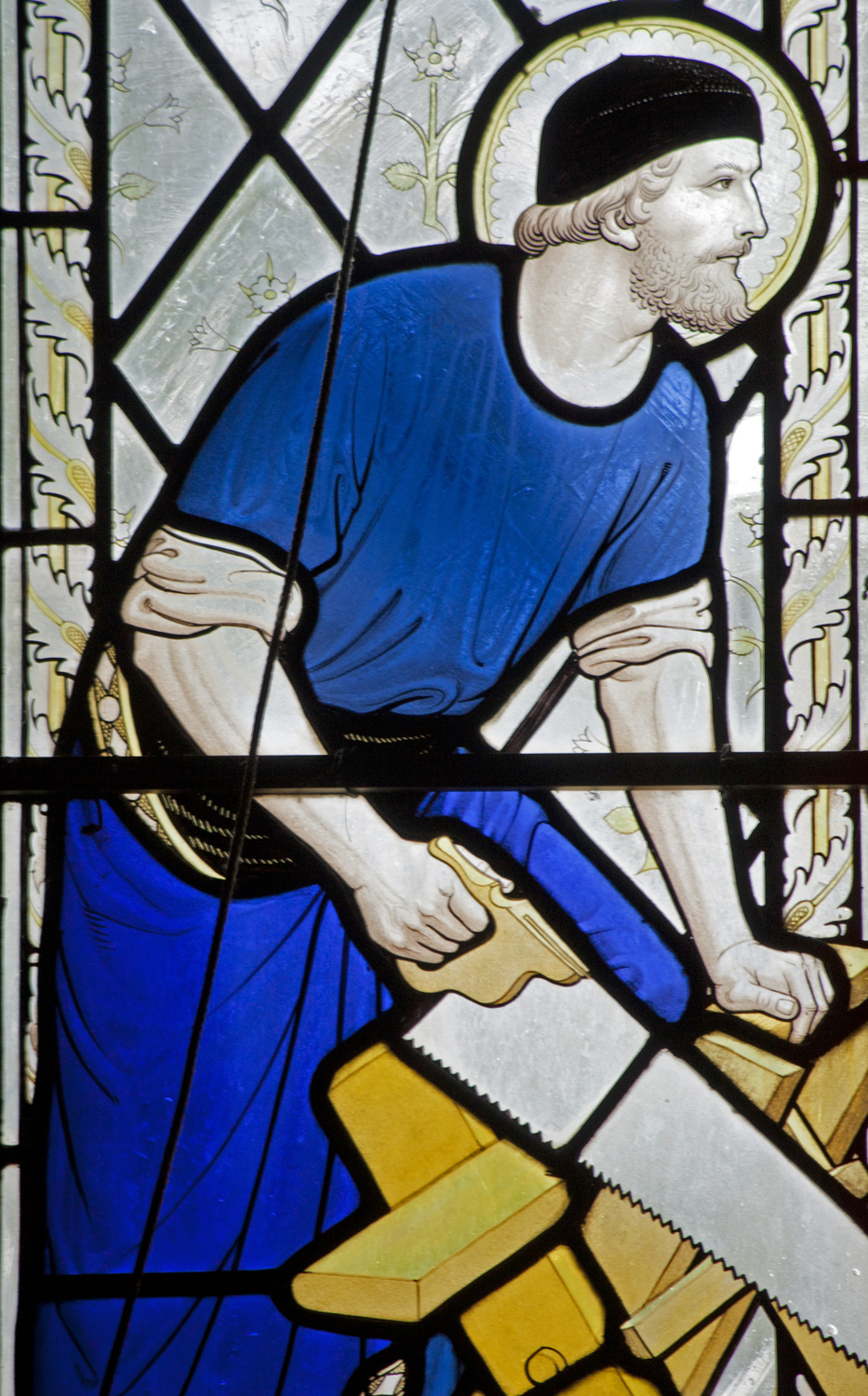 The Bible tells us that Joseph was a woodworker. Photo by Fr. Lawrence Lew, CC BY-NC-ND 2.0, via Flickr.

"His is a beautiful and moving story," Hamilton continues in a recorded conversation for United Methodist Communications' Get Your Spirit in Shape. "Often we go right to Mary, we go right to the Christ child, but we miss out on this man who likely formed and shaped much of Jesus' self-understanding, his understanding of God and what God is like."

The Bible gives little information about this important figure in Jesus' early life.

Matthew tells us Joseph's father's name was Jacob (1:16), a detail the gospel writer may include to call to mind another Joseph, the dream-interpreting son of Jacob we read about in Genesis. God used that Joseph to save the people of Israel during a famine (see Genesis 37-50), and Mary's betrothed to parent the one who saves us all.

Carpenters "probably weren't building houses," Hamilton explains. "They were built primarily of stone or mud brick." Instead, Joseph likely made yokes for oxen, household and farming tools, doors for homes, and furniture.

Joseph probably taught Jesus the craft (see Mark 6:3). His family may have passed the skills of the trade from father to son for generations.

In many ways, Joseph was ordinary, like many of the men of his day. "At the same time," Hamilton clarifies, "he represents some of the highest ideals."

When Mary informs Joseph that she will give birth to a son, Joseph has a challenging decision to make.

"In this part of the story," Hamilton teaches, "this isn't good news for him. He feels disappointed, hurt, angry." Joseph chooses, however, not to act on those emotions. 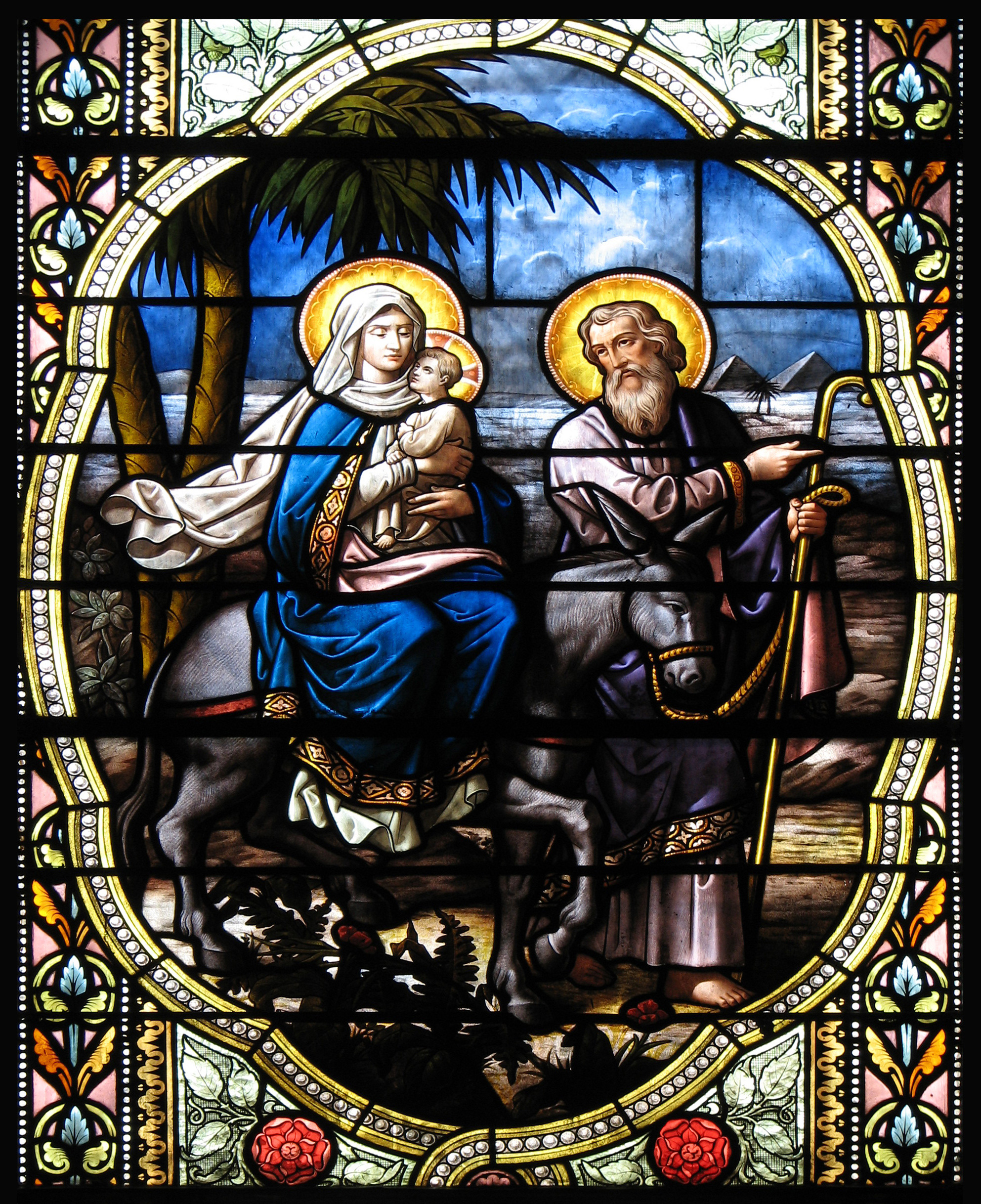 Joseph and Mary were called to travel paths they would not have chosen for themselves. Photo by Fr. Lawrence Lew, CC BY-NC-ND 2.0, via Flickr.

"Even while he's stewing on this," Hamilton continues, "he has compassionate empathy for her and tries to find a way to call off the engagement and take the blame himself." His decision "to call off their engagement quietly" (Matthew 1:19 CEB), is an act of sacrificial love.

Then, like his ancestral namesake, Joseph has a dream. An angel tells him to marry Mary and to raise the child as his own. "When Joseph woke up," the Bible tells us, "he did just as an angel from God commanded" (Matthew 1:24 CEB).

After this vision, things don't suddenly fall into place. There are several difficult journeys ahead.

Due to a census, Joseph and Mary travel to Bethlehem during the ninth month of her pregnancy. The trip may have been as long as ten days by foot, with possible assistance from a donkey for Mary.

After Jesus' birth, when King Herod decrees to have every child Jesus' age killed, another journey is necessary. In a second dream, an angel instructs Joseph to escape with Mary and Jesus to Egypt. The young family flees a tyrannical ruler to live as refugees, similar to many today.

After living in Egypt for as long as three years, Joseph receives two more dreams. One tells him when it is safe to return, and the other directs him to settle in Nazareth, Mary's hometown. There they will raise and help shape the young Jesus.

The Bible doesn't offer details about Joseph's relationship with Jesus, but it is easy to imagine Joseph having a profound affect upon him. Whether great or flawed, our dads help form us into the people we become. 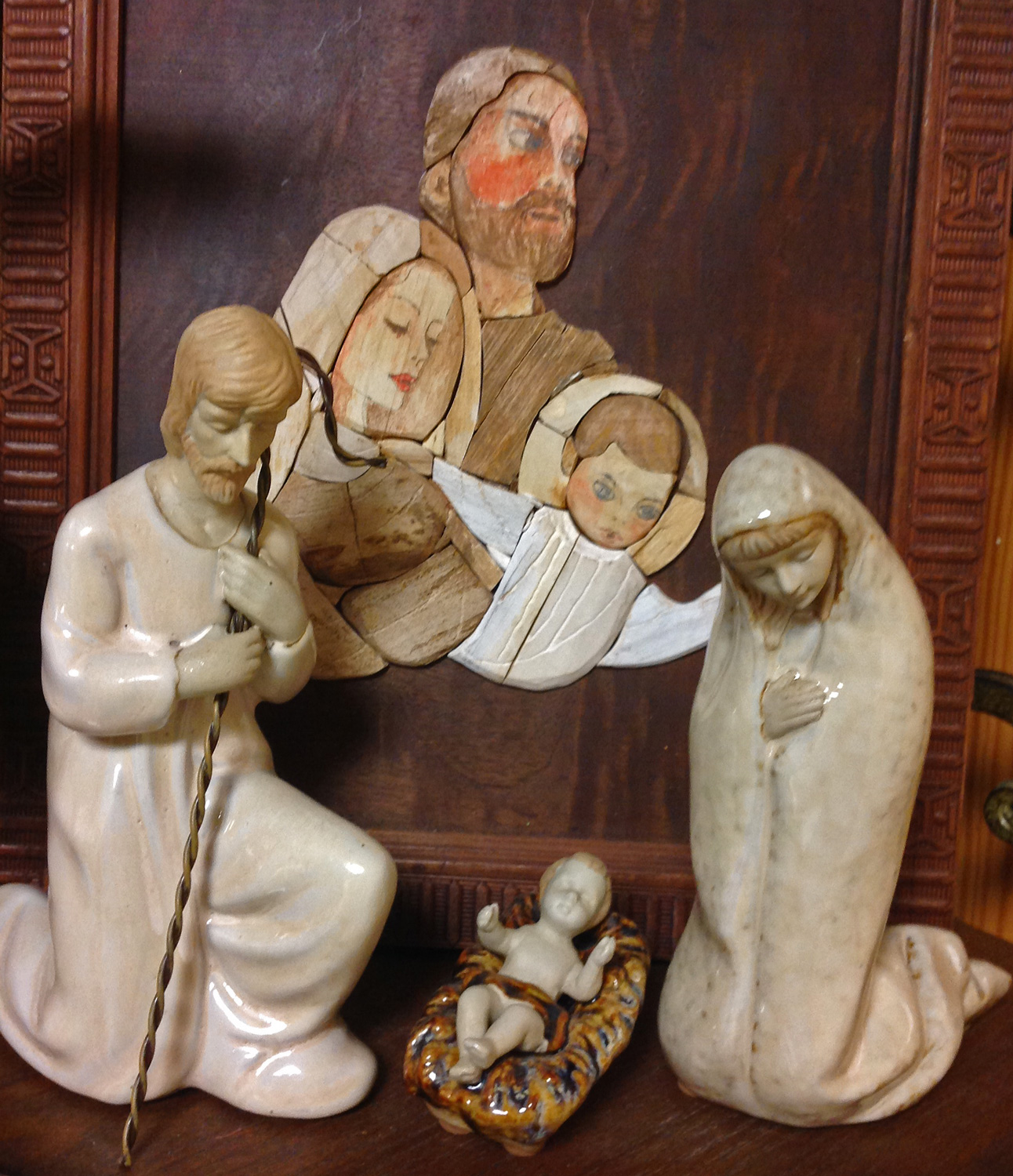 In Joseph, we see some of the highest ideals of character, fatherhood, grace, love, mercy, and faith. Photo by Kathryn Price, United Methodist Communications.

In Faithful, Adam Hamilton ponders how Joseph's character may have shaped Jesus. When Jesus tells the story of the prodigal son and forgiving father (Luke 15:11-32), "had Jesus seen this kind of love and forgiveness by Joseph?," he wonders. When he taught the disciples that humble service is true greatness, "might he have been describing what he had seen in his carpenter father every single day?" (Faithful 30-31).

Joseph's example of raising Jesus teaches us to care for the children in our lives. "Not every man is a father," Hamilton adds, "but every man has an opportunity to affect other children."

Look what God can do

In our telling of the Christmas story, Joseph often has a background role. He is a non-speaking character, the quiet, unassuming man standing by the manger in our nativity sets. Yet, his role is significant. In Joseph, we see some of the highest ideals of character, fatherhood, grace, love, mercy, and faith.

"It's a beautiful story that happens just exactly the right way," Hamilton explains, "but it was hard to see that at the time. I think that's true in our lives. We take journeys we don't want to take. Then, when we look back, we go, 'Wow! Look how God used that! Look what God did in the journey!'"