Stewardship is at the heart of the Wesleyan revival, and John Wesley considered it an integral component of Christian discipleship. It was a consistent theme of his preaching and personal practice. Giving of financial resources was a necessary spiritual discipline of every member of the Wesleyan classes and societies. For Wesley, no one was exempt from the commandment to love God and neighbor, and giving was an expression of that love.

Toward the end of his life, Wesley's sermons and writings began reflecting a growing concern for the future of "the people called Methodist." The movement was numerically strong with about 50,000 in England, and the new American church was growing rapidly. However, Wesley saw signs of demise. A tour of Methodist work across Britain left him somewhat discouraged and pessimistic. 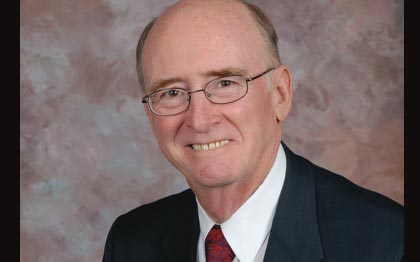 Wesley considered wealth and the failure to give the most serious threats to the Methodist movement in particular and Christianity in general. In 1789, Wesley noted that the Methodists had all but ignored the third point of his sermon on "The Use of Money," which was printed some 30 years earlier. He wrote:

Wesley's own commitment to giving was consistent throughout his life. As a student at Oxford, he lived on 28 pounds a year. As his earnings increased to 30 and eventually to 120 pounds, he continued to live on the same 28 pounds. He told people that if at his death he had more than 10 pounds in his possession, they could call him a robber.

Giving must be more than a response to an appeal to general humanitarianism. It must be rooted and grounded theologically and missionally.

United Methodist Church Giving is about people working together to accomplish something bigger than themselves. In so doing, we effect change around the world, all in the name of Jesus Christ. To read stories about the generosity of United Methodists click here.

This article is adapted from addresses that Bishop Kenneth L. Carder (retired) delivered to the Giving and the Gospel Symposium in 1997 and the United Methodist Summit on Christian Stewardship in 2003.

This article was first published in the July/August 2016 issue of Interpreter.