This story originally appeared in the June 1 newsletter of the Gainesville District of the North Georgia Conference of The United Methodist Church. Reprinted with permission.

In light of the tragedy and travails of this past week, I want to share with you a sermon I preached at the 2019 Winter Camp Meeting which focused on conversations on race. My sermon was a confession. A confession that I continue to make every day as I try to understand my place of privilege and the very different life people of color live every single day only because of the color of their skin. It is a confession that admits I cannot be a part of the solution until I own that I am also part of the problem.

11When I was a child, I spoke like a child, I thought like a child, I reasoned like a child; when I became an adult, I put an end to childish ways. 12For now we see in a glass, dimly, but then we will see face to face. Now I know only in part; then I will know fully, even as I have been fully known. (NRSV)

I confess that I see in a glass, dimly.

Oh, I use to think that I could see clearly—that my personal experience of life was no different than other people’s experience of life. Without even realizing it, I assumed that the rest of the world swam in the same water as I. That the lens through which others saw and experienced life was the exact same prescription as I wear. In fact, I didn’t even really think about how others might see and experience life, especially, in matters of race. 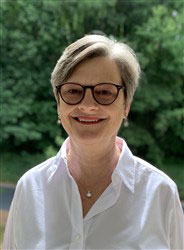 In my earliest childhood memories, I see myself sitting on the floor near the ironing board while our maid, Miniola, starched and ironed my family’s clothes. She would talk with me and sing with me and go on walks with my four siblings and me. I loved her and am convinced of her love for my family and me. We maintained our relationship long after she no longer worked in our home. She came to the special celebrations of my family as a guest. We were invited to her family celebrations. But, it never occurred to me that her way of living in this world was very different from my own.

In 1968, I entered first grade. That year was the first year schools were integrated in Rockdale County, GA. I can remember hearing murmurings about this new and controversial move in education, that the students from the black school would be coming to “our” school. But from first grade to my graduation, my classmates were black and white children. We learned to read and write together. We learned to add, subtract, multiply and divide together. In high school, we wore the same uniform as we competed other schools in basketball. I celebrated with my black and white teammates in the locker room when we won and lamented with them when we lost. We marched in the band together at Friday night football games. We performed together in Spring musicals. We received our diplomas together. But, it never occurred to me that my black classmates’ way of living in this world was very different from my own.

I entered college in 1979, a small private college on a substantial scholarship where I can count my black classmates on one hand. It never occurred to me why there weren’t more present.

I entered seminary in 1983 with the exact same experience—the absence of black classmates except for a very few. And, again, it never occurred to me why they weren’t more present or the difference it might have made if they had been present and a part of the conversation.

During these years, I rarely, if ever, heard intentional conversations about race. And if I had, I can assure you, that I would have argued that because of my experience of an integrated public- school education that the playing field was level for all who wanted to pursue their dreams and aspirations. It never occurred to me that by virtue of my skin color, I was afforded privileges that those of a different color were not afforded. I had been taught to treat all people with respect. But I discovered that I had been sheltered from open, blatant racism until I graduated from seminary and was appointed to serve a small rural congregation.

A few members of that congregation openly spoke about African Americans in ways that I had never heard before. They refused to pay their Black College Fund apportionment—the only apportionment they had never paid. They were proud that they had resisted integration and had been the very last school system in the state to integrate. I had never encountered such open racism in my life. These few members were talking about people—people who lived among them in their community—people who had names and lives and families. Something deep within me began to feel broken and wanted to rebel against this way of living and talking that I could only name as sin.

But, I confess that I still saw through a glass dimly, because I thought racism had to do with how we “felt” towards another human being and the language with which we talked about “the other.” I thought it was just about a lack of respect and misguided feelings of superiority.

Later, as a seminary professor, I had the opportunity to mentor black students, especially black women, through the ordination process. It was and is astounding to see the number of road blocks that stand in their way. Some couldn’t get a District Superintendent to call them back for the initial interview. Some even got letters stating that there was no room and no opportunities for black women. Even if they made it all the way through the candidacy process, they were and are told, there are very few churches who will have a black woman pastor.

But, I confess that I continued to see through a glass, dimly. Because, I still had no idea or understanding of how my black students’ every day way of living in this world was so very different from my own.

In 2016, one of my black female students asked me to serve as her mentor in a conference program called the Timothy Initiative. I was so honored that she asked me to be her partner in this program. I was grateful that we could sit together at each of the gatherings and talked deeply about ministry—the joys, the challenges, the heartbreaks, and the celebrations. I truly believed we had the most open and honest relationship as any mentor/mentee and as any black/white relationship—until the day my heart broke, my illusions shattered and my eyes began to open.

As part of the Timothy Initiative, we all participated in a two-day intensive experience on race and white privilege led by Al Vivian, the son of Civil Rights leader C.T. Vivian and President of Basic Diversity, a company that works with corporations on Race Awareness and basic diversity. To say this two-day intensive was an experience is wholly inadequate. It was soul shattering for me.

The “experience” created an environment where the white participants were placed in a position, a posture, of experiencing what it is like to live in this world with black skin rather than white. Al Vivian put us in this posture without us even realizing what was happening. On that first day, I found myself extremely angry, quite furious, at the way I was being treated. I kept waiting for the real workshop to begin.

By the end of the first day, I intended to walk away. I didn’t have to be treated like I was being treated. I didn’t have the time or the energy to spend another day justifying my life to this guy or having all of my actions and statements judged with the wrong perspective and assumptions. At some point, Mr. Vivian let us know that what we were feeling and experiencing on a very small scale was the black-lived reality. Every black person in the room was nodding in agreement and making affirmative statements like, “That’s right.” At some point Mr. Vivian said, “Black people watch and measure every word they say to white people no matter who they are.” I heard my mentee say under her breath, “That’s true.” I turned to her with my heart truly breaking and asked, “Is this true? Is this how you experience all white people? Even me?” And she spoke the most truthful word I’ve ever heard. She said, “Yes.”

I cannot begin to tell you how painful that word was. But because of the transformative experience I had just encountered, I believed her.

The scales began to fall from my eyes, but I knew that I had a long way to go. I began to pray for ways to see more clearly, to understand more deeply. At an age that I am ashamed to even state, I was entering a new world and I needed help to navigate it. And that is when God sent Byron Thomas and Carol Allums into my life, two people committed to honest conversation, difficult dialogue and seeking the truth.