How do you hear God speaking?

I have often been asked, “How do you hear God’s voice or God speaking?” or similarly, “How do you know when what you are feeling is God and not something else?”

These questions are hard and I fear that there is no one answer or set of steps to provide you with. In the modern world, many Christians and non Christians sometimes feel unsure about things in our faith that can seem supernatural. To a person who was not socialized as a Christian growing up, believing in a man who walked on water, drove out demons, and raised people along with Himself from the dead seemed like a lot to swallow. I often think those of us who have long been Christians sometimes overlook the unbelievable nature of our faith. With this in mind, you can see how absurd I might seem to people when I say that I believe that God speaks to me. When it comes down to it, the only way that I know to get better at listening to God is to practice.

Taking a step in faith

I wish I could make it rational, but I recognize that it is not. However, in my view, the entire concept of faith is mostly irrational. While I do believe that we should be reasonable in our interpretation of scripture, I also understand that faith is not based in reason, nor do I believe it should be. In my experience true and meaningful faith always requires us to make a leap. In this case, the leap of believing what we can’t explain or make logical sense of.

It is okay if you can’t make perfect sense of scripture, faith, and the specifics of what you believe. Believing in intangible things can make you feel insecure and silly. It may even cause people to slightly ridicule you.

Religion is marred by its reputation, particularly in America, and so it can be hard for people to believe in a faith that is associated with the harmful acts of its institutions and professing members; let alone believe in such a way to make sense of or peace with the less than normal acts within scripture.

Our faith does not exist in a vacuum. One could reasonably look at some Christians and politicians and conclude that people pretend that God speaks to them for financial and political gain. It's a fair observation. When you see the pain that someone causes in the world and they say that God told them to do it, you are right to be skeptical. We have seen what happens when people follow those who claim to be listening to God.

The most famous example is Jim Jones. Claiming to be led by God, he took a large group of people to South America. It ended in a mass suicide, sparking the subtly cruel joke about “drinking the Kool-aid”. Sadly, this is not the only example of its type. This makes this topic all the more touchy, and a lot less clear. I don’t take that lightly but ultimately it comes back to faith and practice.

Stepping out on faith, when it makes no practical sense, is a difficult and scary thing. The only way to be sure is to try. It’s like the trust fall exercise that many of us did in school or summer camp. When you close your eyes and fall backwards you are acting on the faith that your peers will catch you.

As much as we rationalize it, faith always involves an element of uncertainty. When I feel that God is calling me to say something, it can feel like my bones are on fire until I do or say what I feel called to. Ask other believers and they may tell you something different. This is not a one size fits all scenario.

If you are personally struggling with discerning whether or not God is speaking to you, I would consider that a good thing even if it gives unease; it should. Over and over in the Bible, the people whom God spoke to and through never saw it coming. Moses told God that God must have picked the wrong person because he had a speech impediment.

Even now, I still feel uncertain but I trust God. I have seen the presence of God in my life many times over by now. I have had a lot of practice trusting God, often because I didn’t have much choice. When my back was against the wall and my stomach was empty it was my faith in God that kept me from quitting. After trusting God in some of my worst circumstances it became easier to trust God again.

God speaking to us doesn’t need to be a major thing. Maybe God is calling you to reach out to a neighbor or friend. Or maybe God is calling you to make sandwiches for those in need or volunteer at a local shelter. God is a part of every fabric of our lives in both large and small ways. In a sense, many of us are already listening to God even if we don’t recognize it. 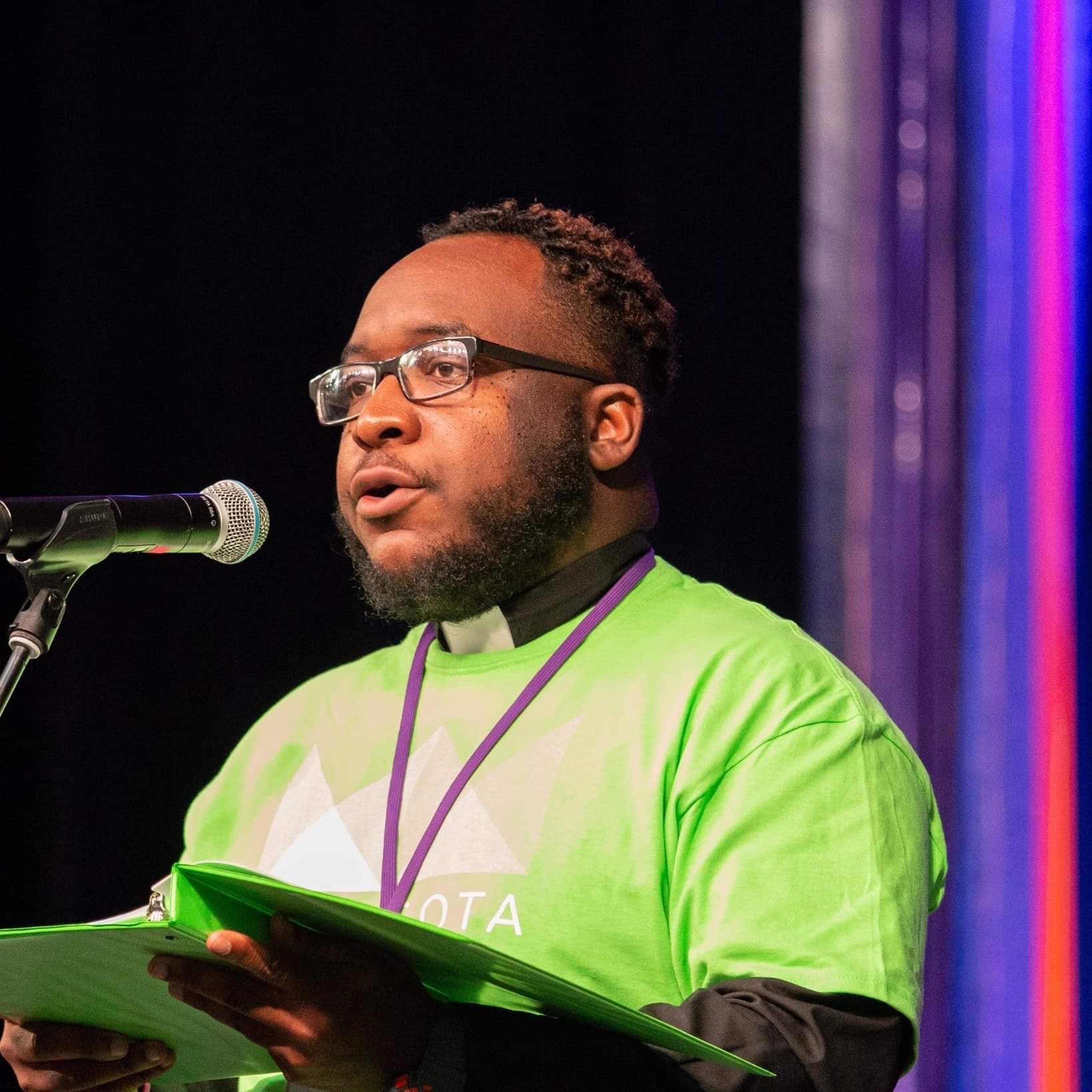 Pastor Malachi is a licensed local pastor in the Minnesota Annual Conference of the United Methodist Church. He was born and raised in Bennettsville, South Carolina but he currently resides in Minneapolis. He attended undergrad at Francis Marion University and seminary at Candler School of Theology. Malachi is currently the pastor of North United Methodist Church (4350 Fremont Ave N.) He has a passion for people and justice. Pastor Malachi is also an author, poet and spoken word artist whose work often includes themes surrounding justice and/or mental health.