Going on to Home Base (And Perfection)

To be sure, no one is ever really out, even if those on the other team somehow manage to catch the ball in flight, throw it back, and physically chase down and tag the hitter.

For in Dream League baseball, it’s all about giving those with special needs– physical, mental, or developmental–the chance to simply experience America’s Pastime and feel the crack of the bat for themselves, even if someone else may be holding that bat with them. 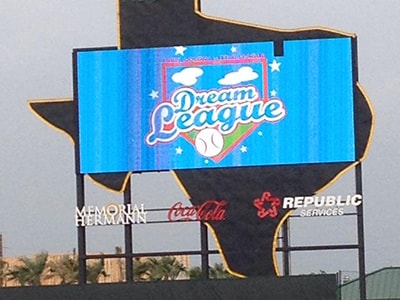 “Angels in the outfield,” or the youth or adults who shadow the participants, not only run the bases, sometimes pushing wheelchairs or even picking up and carrying the players, but they stand–or sit in the grass– with them wherever they may be on the field, even when their partner may be seemingly oblivious to the game around them.

Likewise, rather like 1 Corinthians 13 suggests, in Dream League baseball, love keeps no record of wrongs, or strikes, or scores at all for that matter. Each team bats until every player has had at least one chance to get on base. And often, the adult who is pitching will come within just a few feet of the batter, gently toss the ball, and then, should the batter only get it a couple of inches from the base, they will use their own foot to subtly kick that hit further away.

Doubles are de rigueur, homeruns happen regularly, and everybody who makes it around the bases, whether they have actually touched them or not, hears the umpire cry “Safe!” when they arrive back home to the cheers of the crowd, sometimes passing the player in front of them to get there first. 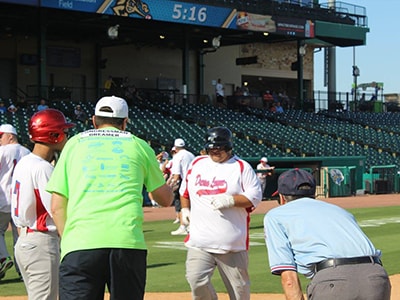 Some might say, of course, that this is not baseball at all, that without all of the rules and regulations–and don’t even get me started on infield fly balls– you can’t really play the game. But they would be absolutely wrong. For this is actually baseball at its purest, played out by kids of all ages who are there simply for the chance to participate in a team sport and activity that does not leave them wanting.

In a world obsessed with assessing others, consumed by comparison, all with an eye towards creating winners and losers in every endeavor, the Dream League is thus both an oasis and an example of the beloved community that can be found whenever we look to find God’s perfection in others, no matter what the world might say about them.

Out of all the things we do as a church, in fact, sponsoring a Dream League team is perhaps one of the best as those involved preach a far better sermon on Saturday mornings at the ball fields next door than I can ever do on Sundays in our sanctuary. For the real dream in this league is that of a world in which those around us are valued for who they really are, that is, sacred and dearly loved children of God.

And if you can watch a game without wiping a tear from your eye, I hate to tell you, but you’ve got a greater disability than anyone else who may be there.