Faith and your world-changing invitation

When we feel like faith is completely up to us, it can feel overwhelming. We might feel tempted to just take it or leave it. Or we feel like we just don’t have enough faith. So it’s refreshing to acknowledge that faith doesn’t just start with us and what we believe or do.

Growing up in church, faith was an oft-broached topic. But faith was always talked with the onus of faith being on me: “you don’t have enough faith… You need to have more faith… be more faithful… Walk by faith, not by sight,” etc.

And sometimes, having all that hoisted on oneself got overwhelming.

During seminary, I heard a preacher talk about faith in a way I’ve never heard before; in a way that alleviated some of the burden of the “onus of faith.” The preacher asked, “Have you ever wondered why the disciples in Mark dropped everything — their livelihood; their lives — and immediately followed Jesus?”

It’s because children of Israel were taught the Torah at the age of 6 for 4 years. By 10, the students would have the entire Torah memorized (thanks to cellphones, I can’t even memorize phone numbers anymore...). But also, by this age the students would sort themselves out: those who excelled in school, those who struggled, and the rest.

Those who excelled in school would graduate to the next phase of schooling while the rest would return home to learn the family trade. Those who continued school would then go on to learn and memorize the rest of the scripture. Once this part was done, the students applied to become a disciple of a rabbi.

Now, the goal of a disciple wasn’t just to know everything their rabbi knew. The goal was to be just like the rabbi.

The student approached a rabbi and asked to be his disciple. Then the rabbi quizzed the prospective student on the Torah, the prophets, the law, and so forth. The rabbi’s reputation was on the line as well, so he couldn’t just accept everyone and anyone.

If the rabbi felt that this student did not have what it took to be one of his disciples, he told them to go home and learn the family trade. But, if the rabbi saw potential in this kid, he said to them: “Come, follow me.”

Then that student would leave everything behind — their family; friends; home — to follow the rabbi, to become like the rabbi.

Everybody wanted to hear those words: Come follow me.

The fact that the soon-to-be disciples of Jesus were fishing indicated that they never got chosen by a rabbi. They just weren’t considered “good enough” to be like a rabbi. So it was surprising when this new rabbi made a bee line towards them and said, “Come, follow me”, implying you can be just like me.

It was a second chance for these fishermen to be something more.

The faith to walk on water

When Peter saw Jesus on the water, Jesus invited him to come. (Matthew 14:22-33) Peter started out great but then succumbed to his fear. He needed to be rescued by Jesus.

“You man of weak faith! Why did you begin to have doubts?”, Jesus asked — which is a something my youth pastors would ask of me.

But who did Peter doubt? Did he doubt Jesus? I’d argue no. Peter doubted himself. Peter’s faith in himself weakened. He doubted that he could be just like Jesus.

Throughout the gospels, we get flashes of Jesus becoming frustrated with his disciples. But the source of frustration wasn’t because they were incapable and incompetent. No, he was frustrated because of just how capable they were. He got upset because they’d lose faith in themselves. Jesus saw precisely what they were capable of, even when they couldn’t see for themselves. That’s why he called them. That’s why he entrusted them to continue his work.

He believed in them. He had faith in them.

Jesus says to his disciples (including you):

You’re invited to partner with God to recreate and transform your world. And God invites you to this partnership because God knows what you are capable of, even if you may not be able to see it. You are, according to God, capable of amazing things.

All this to say: Nothing God creates is waste. God has faith in you. God believes in you.

All throughout my adolescence (and beyond), I was told that I needed to have faith and I was often reprimanded when people felt that my faith was falling short.

God’s faith in you

Today, I want to remind you: God has faith in you. As much as you may have faith in God, God has infinitely more faith in you. God invites you to do wonderful and extraordinary things because God knows you can do it.

You’re invited to be a disciple of Jesus because Christ believes that you can be just like him. 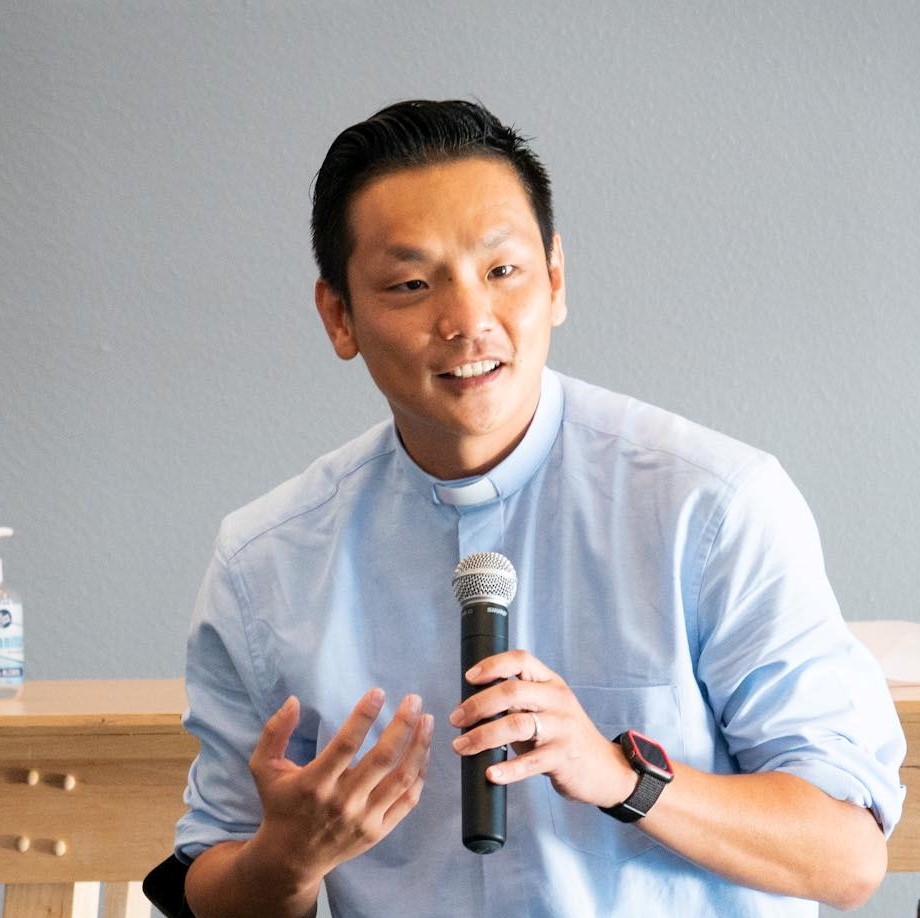