Getting comfortable with the success of cost

Do you have what it takes to succeed if all success takes is your willingness to accept it?

This may sound odd, but I have never been comfortable with the idea of becoming successful.  By that, I do not just mean making a lot of money, owning a gummy bear production facility that I can visit to eat as many as I want whenever I want to, or being able to dunk a basketball.  All of that would be nice, of course.  What I mean by “success,” actually, is the experience of things going genuinely and exceedingly well in my life.

My discomfort comes first from what money has meant to me growing up a Pastor’s Kid, a Christian, as well as an immigrant.  But, on top of that, success brings about questions such as, “why me and not others?  Do I deserve this?”  At the same time, I am quite uncomfortable with things going exceedingly terribly in life, too.  I certainly do not want that.  So, between these two extremes, I end up somewhere in the middle: neither too good nor too bad.

When he had finished speaking, he said to Simon, ‘Put out into the deep water and let down your nets for a catch.’ Simon answered, ‘Master, we have worked all night long but have caught nothing. Yet if you say so, I will let down the nets.’ When they had done this, they caught so many fish that their nets were beginning to break. So they signalled to their partners in the other boat to come and help them. And they came and filled both boats, so that they began to sink. But when Simon Peter saw it, he fell down at Jesus’ knees, saying, ‘Go away from me, Lord, for I am a sinful man!’ [Luke 5:4-8].

Scholars who study the ancient world around the time of Jesus have come to the understanding that his life was intricately connected with that of the Sea of Galilee and its fishing economy.  So much so that a foundational image of what it means to follow Jesus is that of becoming a “fisher of people.”

In my favorite biblical story about faith and fishing, some fisherpeople pulled up their nets in the presence of Jesus. The nets were so full of fish that it made their boats start to sink.  One would expect a sense of gratitude and joy from such an experience after, as it says, a whole night of fishing without catching anything.  Instead, what the main fisherperson told Jesus to go away - he thought there was simply too much success for his own good.  Something was wrong, not right.  This fisherperson, Simon, felt fear and rejection, not gratitude and joy.

It does not take a genius to wonder why Simon would act that way; I can certainly relate to that kind of furrowing of brow.  My parents never allowed me to come close to experiencing the lack of anything.  But, as an immigrant, an ethnic minority, and a Pastor’s Kid, I have never felt deserving of things going well, neither by chance nor by hard work.  So much of my life had to do with, or was in the hands of, other people.  Success was never steady nor reliable, so that’s what I thought life was always going to be like.

And, growing up in the Church, the norm was to believe that wealth was not something to pursue. Wealth came to you if God blessed you, and that it was more a matter of luck than hard work.  All of this built in me a conception of success as something that was, ironically, unaffordable, as I did not have what it took to accept or receive it.

The success of cost

Today, as I continue on my own entrepreneurial path, I exert an inordinate amount of psychological effort to believe that success is not necessarily beating someone else in economic competition or hoarding wealth in a fit of greed.  Instead, success is what comes about from the presence of a holy power that positively impacts those around me, through me - at least, that is the kind of success that I want to see in my life.

In it all, I believe that I have a certain role to play in desiring success, working for it, and ultimately accepting it.  The first two are fairly easy as they are a natural part of the creative process.  But, the third part - that of accepting success - is not easy at all because that part has to do with the healing process.  It is not just a matter of achieving success as though it were something quantifiable - it is about being able to recognize and acknowledge it in the first place, in my own heart.

People like me who have no trouble with the cost of success, of the labor and sacrifice that goes into it, are everywhere. That is the world in which we live - one in which such drive is expected of immigrant, ethnic, and God-believing people.  But, when people like me begin to recognize and acknowledge the success of cost, being able to receive success as something we genuinely ought to have in our possession, we will not only have boats full of fish - we will make our way to becoming fishers of people. 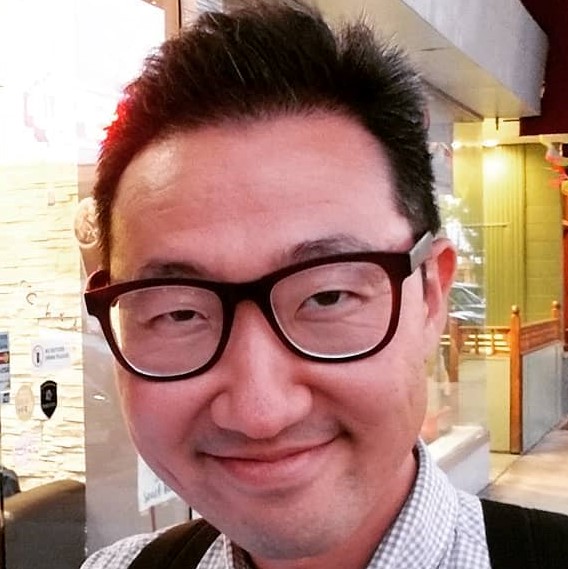 James J. Kang is Head of Guidance and Co-Founder of PASTORIA, a ministry innovation consultancy, and an alum of Claremont School of Theology.
Ask The UMC
Find A Church