For many United Methodists in the United States, camp meetings are an important part of their summers. These evangelistic gatherings that were part of the early days of the Methodist movement in America, have evolved over the years, but still lead people to revival and renewal today.

In 18th century America, churches were not nearly as prevalent as they are today. In the spirit of John Wesley and the first Methodist field preachers in England, early Methodist, United Brethren, and Evangelical Association leaders in the U.S. went to where people lived and worked to share the Gospel of Jesus Christ. 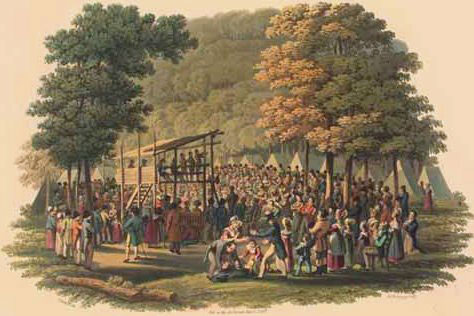 The early Methodist camp meetings were held outdoors for several days with attendees setting up tents around the pulpit. Image by Jacques Gérard Milbert (1766-1840) [Public domain], via Wikimedia Commons.

Though difficult to definitively verify, the first camp meeting in the U.S. is believed to have been held in Logan County, Kentucky, in July 1800. It was an ecumenical affair led by two brothers, one a Methodist preacher and the other a Presbyterian pastor. The event was well received and was soon replicated around the nation.

Though they began as multidenominational gatherings, camp meetings are commonly considered a Methodist institution because of the leadership provided by early Methodists and their commitment to the form.

In his journal, Francis Asbury frequently writes about attending and preaching at camp meetings. He shares reports of large attendance and many conversions. He saw camp meetings as vital to evangelistic ministry.

In a letter to a Methodist preacher dated December 2, 1802, Asbury writes, "I wish you would also hold campmeetings; they have never been tried without success. To collect such a number of God's people together to pray, and the ministers to preach, and the longer they stay, generally, the better." He then concludes with a reference to Matthew 4:19, "This is fishing with a large net" (p. 477).

A typical camp meeting lasted 8-10 days, sometimes longer. Families would pitch a tent on the grounds and attend preaching, Bible studies, and class meetings throughout the day, and sometimes long into the night.

At times, the spectacle drew the attention of those not connected to the church. Some of whom heckled. Others were converted. 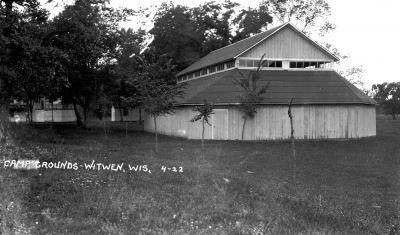 Unfortunately, their popularity didn't last. "As the nineteenth century wore on," one historian writes, "camp meetings gradually fell into disuse. After the Civil War they were revisited and once again became somewhat popular" (Encyclopedia of World Methodism 384).

Rather than meeting in remote locations as before, this resurgence of camp meetings often included building projects. Many United Methodist camp meeting structures still in use were built during this period that lasted through the late 1800s.

Similarly, the Evangelical Association and United Brethren, who had been part of the early camp meeting movement alongside the Methodists, began a tabernacle movement. During the summer of 2018, Witwen Tabernacle in Sauk County, Wisconsin, celebrated the 100th anniversary of their tabernacle.

"Witwen Camp had been established in the late 19th century by the Evangelical Association. They constructed the Tabernacle in 1918," shares the Rev. Dan Dick, Assistant to the Bishop in the Wisconsin Conference, who was the featured preacher at the celebration.

"The Tabernacle Movement was a way to bring a group of small churches together to have a large congregation to be a part of," Dick explains. "If you came to Tabernacle, you were going to have a quality experience unlike that which you were used to at home."

Unlike the annual, multi-day, early camp meetings, tabernacles were a place church members would return regularly throughout the year.

But near Charlevoix, Michigan, for example, the essence of the original camp meeting remains. The Greensky Hill Indian United Methodist Church has been holding a camp meeting each summer, "For as long as anyone remembers," says the Rev. Jonathan David Mays. 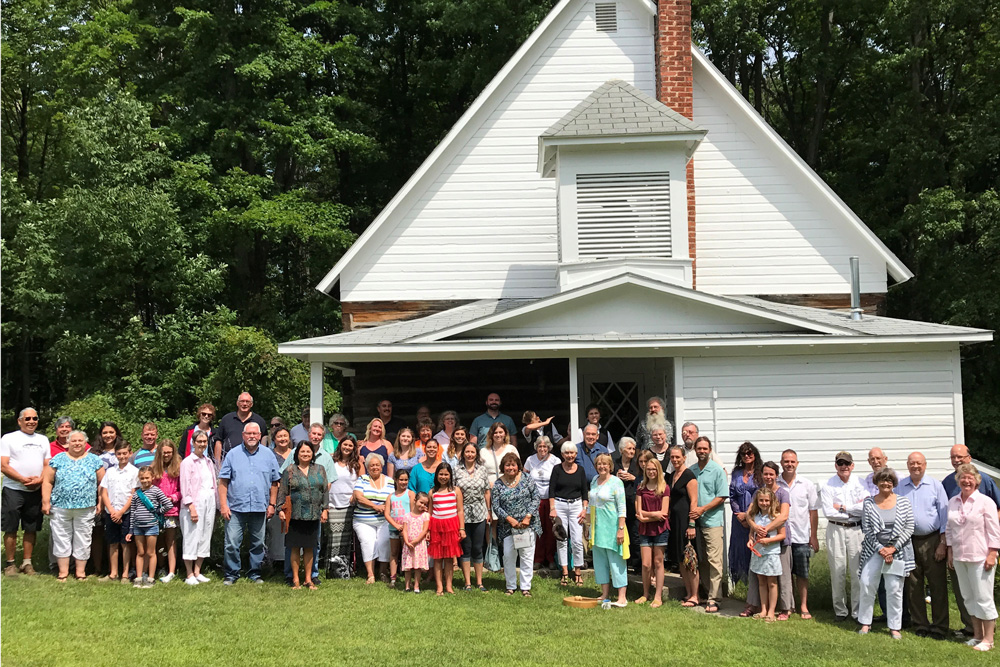 Greensky Hill Indian United Methodist Church has hosted camp meetings for as long as anyone can remember. Photo of the 2017 gathering courtesy of the Rev. Jonathan David Mays.

Peter Greensky, a Chippewa and a Methodist preacher, founded the congregation in the mid-1800s.

In addition to being evangelistic, "Camp meetings were the place where tribal people would gather to share crafts, food and culture," Mays shares. "The old fashioned summer tent meeting with the same intent and theme has continued."

The Greensky Hill Indian UMC Camp Meeting is a three-day gathering that typically features preaching by native evangelists. On Friday night, a family hosts a meal with preaching and music to follow.

On Saturday, participants regroup—not many stay overnight anymore—to sit around a fire and share stories. "Native elders tell traditional stories and legends and tie them to the Gospel," Mays explains. In the evening they again share a meal and worship together.

Sunday morning worship is held at the camp meeting site, a natural amphitheater that includes a covered space for the musicians and preacher. Then, after worship, there is a potluck meal.

Historic camp meetings are just one of the ways United Methodist churches and our predecessors have sought to share the gospel of Jesus Christ. Today United Methodists gather under tents, in tabernacles, on beaches, beside lakes, in town centers, and elsewhere to worship and invite others to come to know Jesus as their savior.

Email us stories about events you've attended that encourage repentance, revival, and renewal in your life and community.