Driven by love: Caring for kids through bus ministry

Not everyone can claim that they have a gymnasium named after them, but John Alexander of Jacksonville (Texas) First United Methodist Church has earned that right. The retired Jacksonville High School head boy's basketball coach received the honor for his positive influence on the players both on and off the court, for which he credits God.

His influence on young lives did not stop within those hallowed hall, but also extended out to his church and surrounding community when he transformed old school buses to assist disadvantaged kids in a rural neighborhood of Jacksonville.

The church's children's ministry has been growing at a significant rate which spurred members to donate towards used school buses for their Mini-Methodists program. This is a Wednesday afternoon outreach to kids in first through fourth grade who are picked up from school and brought to the church to partake in food, fellowship, and fun. Over the years Alexander transported children via these buses to food and water, safe play areas, and sanctuary time. Now in his 70s, he has hung up his driver's cap to oversee the maintenance of the fleet.

"You see change in kids as they come up here. They become more attentive to what's going on. I'm amazed at how well they know the Bible," noted Alexander. In fact, every Wednesday, children in the Mini-Methodists program have a 30-minute Bible study session. "I know in being a mentor for some of [the kids] that they know about the Bible, what it means, and where to find it…[This also] pours out over into our Lakeview summer camp program. We have kids that come to Mini-Methodists that their dads are preachers in other denominations but they want their children to go to this program which says a lot for it," he added. 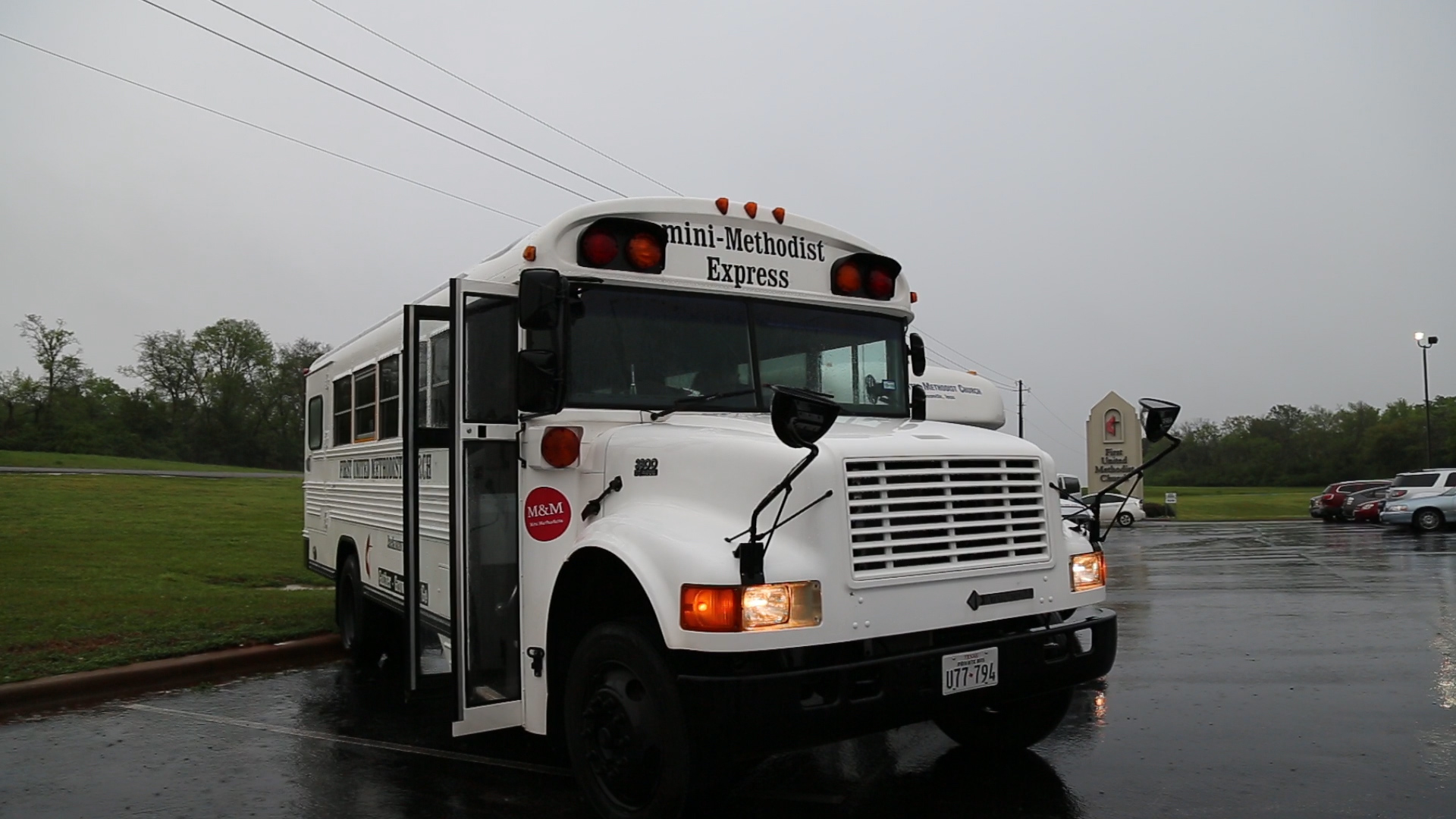 "Kids are our future. I taught school for 48 years, and kids want to know two things in life: that someone loves them and cares about them. But here, different than at school, we're able to bring Jesus into it. They know that not only do we love them here, but that Jesus loves them also" shared Alexander. "If we don't have kids that know that they're loved, that somebody cares about them, and that there's a God out there for them then we're in trouble."

"I try not to let anyone be downcast. I tell kids that they need to smile. That life is good and that we're blessed to have what we have. So I just try to be positive with all kids, have a smile on my face, be energetic and try to get them to be the same way," said Alexander.

This positive reflection is also mirrored in the work he does for the church's grounds. He noted that they "have three teams that mow the church lawn. I keep all of the mowers and weed eaters ready to go. Then I take care of the irrigation system so that the grass is green and everything looks good."

His dedication to volunteering and sharing about Christ is not only impacting other families but even his own. Alexander beamed, "I'm so glad that I have a granddaughter who's been hired full time for the summer [camp program] this year. We love all God's children."

*Brenda Smotherman is a senior public relations specialist with United Methodist Communications. She can be reached at 615-742-5488 or [email protected].