Domestic violence: We want our churches talking about it

"October is Domestic Violence Awareness Month, and we want our churches to be talking about it," writes Susan Burton, director of women's and children's concerns for the United Methodist General Board of Church and Society, in "Articulating our Theology: Domestic Violence Webinar." 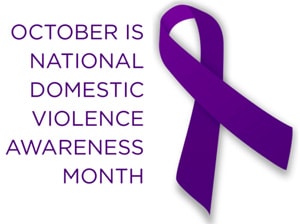 The webinar introduces participants to a slideshow presentation church leaders can use with their congregations. "Articulating our Theology: Domestic Violence" explores ways United Methodist churches and individuals can work to eliminate domestic violence and minister to victims and survivors.

The United Methodist Church is committed to ending the horror of domestic violence.

We recognize that family violence and abuse in all its forms—verbal, psychological, physical, sexual—is detrimental to the covenant of the human community. We encourage the Church to provide a safe environment, counsel, and support for the victim. While we deplore the actions of the abuser, we affirm that person to be in need of God's redeeming love (2012 Book of Discipline ¶161.G).

A resolution titled "Eradicating Sexual and Gender-based Violence" passed at the 2016 General Conference calls the church to raise awareness of sexual and gender-based violence. The resolution states,

The Church must reexamine the theological messages it communicates in light of the experiences of victims of sexual and gender-based violence… Part of our call, as individuals and as a Church, is seeking to address the root causes of violence, working to eradicate it in its multiple forms, and being God's instruments for the wholeness of affected women and children (Book of Resolutions).

Talking about domestic violence in our churches is a good place to start.

One of the first steps "Articulating our Theology: Domestic Violence" recommends is wrestling with the biblical witness about domestic violence. Two texts are presented.

The United Methodist General Board of Church and Society offers resources to help us talk about domestic violence.

If you are experiencing domestic violence, contact the National Domestic Violence Hotline at 800-799-SAFE (7233).

2 Samuel 13:1-22 tells the story of Tamar, a daughter of King David who is raped by her half-brother, Amnon. The text is troubling. When Tamar knows Amnon's intent, she tries to talk him out of it by referencing the shame rape victims experienced in this ancient culture.

Equally disturbing is King David's handling of the aftermath of the assault. "When King David heard about all this he got very angry, but he refused to punish his son Amnon because he loved him as his oldest child" (CEB).

Contrast this with the scene in John 8:1-11. Some religious leaders bring a woman accused of adultery before Jesus to test him. Rather than adhering to societal norms, Jesus becomes an ally to the woman. He models a masculinity that recognizes the dignity of the woman, and challenges what the others accept.

"Articulating our Theology: Domestic Violence" equips churches and leaders to teach that domestic violence is unacceptable.

The presentation shares this quote from Pastor Rose Farhat of the Liberia Annual Conference of The United Methodist Church: "There has always been violence against women. God wasn't okay with violence then. And, God's not okay with it now." Farhat is one of the authors of the presentation.

Domestic violence includes any pattern of abusive behavior used by one partner to gain power and control over the other. Abuses may be psychological, sexual, verbal, or economic abuse. Threats, intimidation, sexual coercion, stalking, property destruction, put-downs, isolation from family and friends, and tight control over money and the ability to work are all forms of domestic violence.

As people of faith, we can advocate for strengthening factors that decrease the likelihood of abuse: access to quality healthcare, educational opportunities, stable employment and livable wages, food security, housing issues and costs, safe neighborhoods, and social inclusion.

The prevalence of domestic violence

Survivors are often reluctant to share their stories. This can lead others to misunderstand the prevalence of these instances.

According to "Breaking the Silence: Domestic Violence," a brochure available from Two Rivers United Methodist Church in Illinois, "More than 1 in 3 women have experienced rape, physical violence, and/or stalking by an intimate partner in their lifetime."

Often these incidents happen when the women, who are 85% of the victims, are young. The most common ages when women first experience intimate partner violence are between 18-24 (38.6%). The second most common group is ages 11-17 (22.4%).

Survivors of domestic violence feel the pain of the abuse long after it stops. The video "Beyond the Bruises" embedded into the presentation, states, "women who survive domestic violence are 60% more likely to develop chronic diseases than women with no history of abuse." Those diseases include diabetes, asthma, high blood pressure, arthritis, sexually transmitted infections, anxiety, depression, post-traumatic stress disorder, and migraines.

In the video, a domestic violence survivor says, "I think that the emotional and psychological abuse comes in ways that we don't even realize until we're maybe not in that situation anymore… I had internalized so much pain and anxiety and stress that it literally ate away at my bones and I had to have a full hip replacement."

The United Methodist General Board of Church and Society is talking about domestic violence and encouraging all congregations to do the same. Together we can interrupt the violence happening around us.

Leaders can teach and preach a theology to prevent and interrupt domestic violence. Members can listen, believe, and seek to understand those living in violence. We can choose to be allies of those who are suffering. Churches can become healthy and healing spaces for all people. We can also use our voices in the community, both individually and as a church, to advocate for policies that hold perpetrators accountable, provide support for programs and policies that strengthen protective factors, and train first responders to recognize and treat domestic violence.

To learn more about what The United Methodist Church is doing, and how you can be involved, click here.

If you are experiencing domestic violence, contact the National Domestic Violence Hotline at 800-799-SAFE (7233).