Gospel passages about Jesus' Passion paint strong visual images of his suffering, crucifixion, death and resurrection. In other words, they would be important scenes in a film about Jesus’ life.

Filmmakers have made dozens of movies about Jesus since the invention of the motion picture camera; one of the earliest was “The Life and Passion of Jesus Christ” in 1903.

These projects are not just pieces of art telling the story of who Jesus was. “Rather,” writes the Rev. Matt Rawle, “for good or ill, these films become religious statements about what having faith in Jesus means.” Rawle is the pastor at The Well United Methodist Church near New Orleans, Louisiana. In his book, "Hollywood Jesus," he contends that these films can tell us a lot about today’s culture.

“Movies offer us a snapshot of how Jesus was understood in a particular time and place,” notes Rawle. “In other words, films offer us the Jesus of ‘now’—whenever ‘now’ might be. ‘Ben-Hur’ offers a picture of the 1950s; ‘Jesus Christ Superstar’ is a slice of the ‘70s; and ‘Son of God’ presents a 2010 view of the Messiah. ‘The Last Temptation of Christ’…doesn’t so much show us a picture of the late ‘80s as it offers a curious question—‘What if?’”

You can watch Jesus films like those listed here in theaters or through video-on-demand (VOD) platforms like Netflix, iTunes, etc. These have not been evaluated in regards to Wesleyan principles, so you might talk to a pastor or check other sources if you have questions about the content. 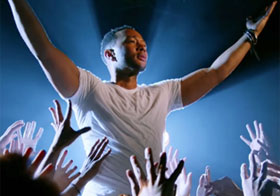 Jesus Christ Superstar "Live" (2018)
Originally conceived as a concept album that hit No. 1 on the Billboard charts, this show eventually made its way to the stage in 1971 and garnered five Tony nominations. Now this globally celebrated classic comes to NBC in 2018 for a one-of-a-kind live staging that's sure to amaze with jaw-dropping spectacle and an all-star cast of beloved recording artists. The special will air on Easter Sunday from 8-10:15pm ET/PT on NBC. Watch a preview.

“The Young Messiah” (2016)
Based on Anne Rice’s book “Christ the Lord: Out of Egypt,” this film portrays the growth, both physically and spiritually, of Jesus from the child born in a manger to the young man ready to begin his ministry. Adam Greaves-Neal stars as Jesus. Trailer | Ministry Resources | VOD Platforms: Cinemax – Google Play – iTunes – Vudu – YouTube 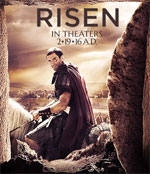 “Risen” (2016)
Another film with a screenplay not based on Scriptures, this film shows the events of Jesus’ crucifixion and the aftermath as seen through the eyes of a non-beliver – a Roman tribune named Clavius. Along with his aide, Clavius is tasked with solving the mystery of what happened to Jesus in the weeks following the crucifixion, in order to disprove the rumors of a risen Messiah and prevent an uprising in Jerusalem. Clavius embarks on a mission to recover the body, but discovers information that changes his life. Cliff Curtis stars as Yeshua/Jesus. Trailer | Ministry Resources | VOD Platforms: Amazon Video – Google Play – iTunes – Vudu – YouTube 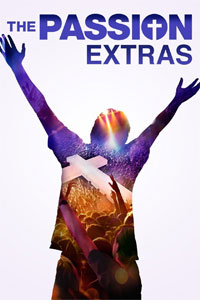 The Passion "Live" (2016)
Hosted and narrated by actor, writer, producer, and director Tyler Perry, the TV special featured a cast of stars performing a variety of popular music, arranged by executive producer and hit music producer Adam Anders. Set in modern day New Orleans, the show follows the dramatic and inspirational story of Jesus of Nazareth, as he presides over the Last Supper, and then is betrayed by Judas, put on trial by Pontius Pilate, convicted, crucified and resurrected. The story unfolded live at some of New Orleans’ most iconic locations, while featuring a procession of hundreds of people carrying a 20-foot, illuminated cross from Champion Square outside the Superdome to the live stage at Woldenburg Park on the banks of the Mississippi River. Watch clips from the live show on YouTube. 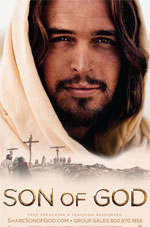 “Son of God” (2014)
In 2013 the History Channel aired the 10-episode miniseries “The Bible,” produced by Mark Burnett and wife Roma Downey. After very good ratings, the producers selected the Jesus scenes from the miniseries, combined them with a few new scenes and recut them all into this feature film. It follows the life of Jesus Christ from his humble birth to his resurrection. Diogo Morgado stars as Jesus. Trailer | Ministry Resources | VOD Platforms: Amazon Video – Google Play – iTunes – Netflix – YouTube 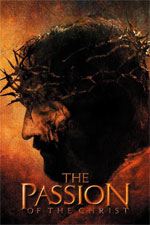 “The Passion of the Christ” (2004)
Directed by Mel Gibson, the film covers the final 12 hours of Jesus’ life in a compilation of details from all four Gospels. The crew used state-of-the-art digital effects to depict the scourging and crucifixion of Jesus in graphic detail. Stars Jim Caviezel as Jesus. Trailer | VOD Platforms: Amazon Video – Google Play – iTunes – Netflix – YouTube

“The Last Temptation of Christ” (1988)
Directed by Martin Scorsese, the film is an adaptation of Nikos Kazantzakis’ controversial novel of the same name. Like the novel, the film depicts the life of Jesus and his human struggle with various forms of temptation, including fear, doubt, depression, reluctance and lust. Stars Willem Dafoe as Jesus. Trailer | VOD Platforms: Amazon Video – Google Play – iTunes – YouTube 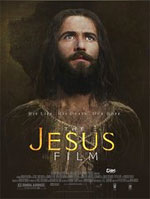 “The Jesus Film” (1979)
The life of Jesus, as told in the Gospel of Luke, is depicted in this film co-directed by Peter Sykes, John Heyman and John Krish. It was filmed during several months throughout the Middle East. Brian Deacon stars as Jesus. Trailer | VOD Platforms: Amazon (DVD) – Google Play – YouTube 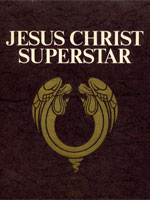 “Jesus Christ Superstar” (1973)
The film adaptation of the rock opera by Andrew Lloyd Webber and Tim Rice, the musical film centers on the conflict between Judas and Jesus during the week before the crucifixion of Jesus. Stars Ted Neeley as Jesus. Trailer | VOD Platforms: Amazon Video – Google Play – iTunes -- YouTube

“Godspell” (1973)
The film adaptation of the Off-Broadway musical, the film is a series of parables from the Gospel of Matthew. Set in contemporary New York City, the film was directed by David Greene and stars Victor Garber as Jesus. Trailer | VOD Platforms: Amazon Video – Google Play – iTunes – YouTube 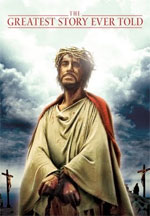 “The Greatest Story Ever Told” (1965)
An epic film produced and directed by George Stevens, it is the retelling of Jesus’ life from the Nativity through the Resurrection. The all-star cast includes Charlton Heston, Dorothy McGuire and Max von Sydow as Jesus. Trailer | VOD Platforms: Amazon Video – Google Play – iTunes – Netflix (DVD only) – YouTube

“King of Kings” (1961)
A dramatization of the story of Jesus with much dramatic license, the film follows Jesus from his birth and ministry to his crucifixion and resurrection. It was directed by Nicholas Ray and stars Jeffrey Hunter as Jesus. Trailer | VOD Platforms: Amazon Video – Google Play – iTunes – YouTube 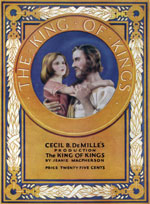 “The King of Kings” (1927)
A silent epic film directed by Cecil B. DeMille, it starts with Jesus as an adult and portrays the last weeks before his crucifixion. The film, which stars H.B. Warner as Jesus, is the second film in DeMille’s biblical trilogy, preceded by “The Ten Commandments” (1923) and followed by “The Sign of the Cross” (1932). Trailer | VOD Platforms: Amazon (DVD) – Google Play –Hulu – YouTube

“From the Manger to the Cross” (1912)
The silent film directed by Sidney Olcott received excellent reviews upon its original release. Filmed on location in Palestine, it was re-released in 1919. Robert Henderson-Bland portrays the adult Jesus. VOD Platforms: Amazon Video – YouTube

Finally, when you watch one of these Jesus films, remember to note the filmmaker’s choices in telling the story.

“When Scripture becomes script, the camera adds an almost subliminal depth to God’s story,” writes Rawle. “Just as the camera angle itself tells a story, in a way, our hopes, our fears, our joys and losses are a camera lens through which we tell Jesus’ story.”

Find more stories and resources to enhance your Lent/Easter journey.

This feature was originally published March 3, 2016.